Dealing with Conflict in Iranian Culture Every culture has its approach to conflict.

In this blog, we’ll be exploring Iranian culture and how the people approach conflict, communication and resolution.

The information is drawn from our online cultural awareness course on Iran which looks at various topics useful for foreigners working in Iran or with Iranians.

For the purposes of the blog, the information is more relevant to those working in professional and business settings, although much of it can also be applied to social settings.

As a rule of thumb, Iranians generally avoid conflict at all costs.

This is a cultural thing; conflict is seen as poisonous for relationships, threatening stability, hierarchies and order as well as damaging face, reputation and honour.

However, having said this, they do (more often than you might think) break into passionate arguments and/or display anger if the conditions are right.

The likelihood of conflict depends on the context and who is involved in the argument.

For example, business associates would rarely, if ever, argue. Their primary concern is maintaining the personal relationship. This is especially true when a foreign businessperson is involved.

Having an argument or losing your cool in a business setting is an absolute no-no as it shows a lack of control and risks making the other party lose face or become shamed by your behaviour.

Within the Iranian workplace however, it will be different, as the actors are different. It is not uncommon to see a ‘boss’ shout at, criticise or punish junior personnel in front of everyone else.

This is because in Iranian culture there is an expectation that a boss has the right to display their anger, based on their father-like status.

Within the workplace, conflict is very much a top-down thing.

Lower-ranking Iranians rarely confront or disagree with their seniors. Doing so may bring shame to your family, or at least damage your professional standing.

Iranians tend to avoid any conflict situation with peers or seniors by age, rank or status.

In public, the fear of losing face in front of strangers is the primary driver for ensuring conflicts do not escalate.

When they do, it is very common to see bystanders instantly get involved to calm the situation down to save peoples’ face. A crowd may then form to help people resolve their differences. 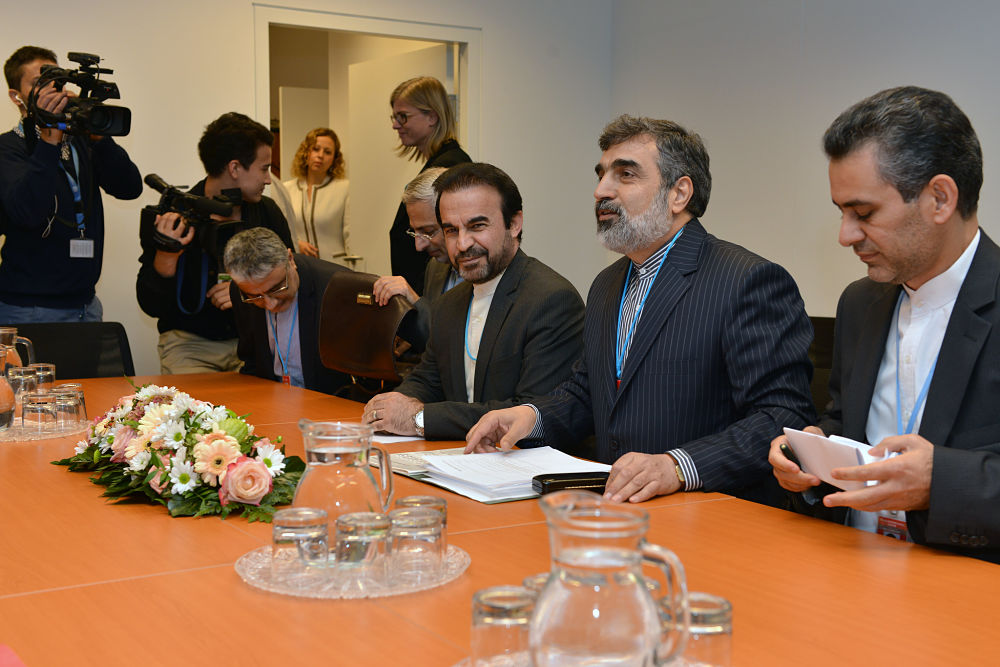 Hierarchy is taken very seriously in Iran. When in meetings always make a note of who is sat where - this will show you who the more important people in the room are as well as who is allowed to speak, or not.

If the personal relationship is strong enough then disagreement and conflict are possible as both parties understand where the red lines are for one another. The relationship acts as a safe space within which to find a resolution.

Conflict between friends would usually take place with humour and smiles, not aggression or bitter arguments. Iranians like to see themselves as ‘classy’.

Of course, it is not true to say that Iranians in conflict never lose their cool. When they do, they really do!

Iranians will not easily accept blame when there is potential disagreement.

The need to save face is more important. Admitting a mistake is admitting you were wrong. Being wrong makes you look bad.

Iranians tend to pass the blame in any way they can, directing criticism and shame somewhere else.

• a junior colleague
• the government
• the traffic
• the weather
• the sudden illness of a family member.

In this situation, you should not try to expose any gaps in their excuses. They are simply trying to find a way of not looking bad in front of you.

Iranians tend to avoid dealing with the issues directly for fear of worsening the situation.

They often prefer to bring in a third party whom both sides respect. The role of the third party is to smooth the tensions in the situation. This may be a senior person at work, a common family member, a religious figure or simply a respected individual both parties trust to protect their honour.

In such situations, the two main parties in the disagreement have a duty to cooperate in the solution. Failure would bring shame on the third party too.

Sometimes conflicts can be totally ignored and buried deep in the ground.

Rather than risk the relationship and cause more bad feelings, Iranians will forget about an issue, simply leaving it unresolved. Both parties quietly agree to ‘move on’ and forget about it.

On the other hand, Iranians are typically quite motivated to find a resolution. Even in situations where there seems to be no way out, they will have creative solutions to find common ground and close any open disputes.

The first step towards a successful outcome is to emphasise your desire to maintain a good relationship. Even where there is no current conflict, this approach gives you a strong basis for later dealing with tricky issues.

You can build your chance of success when you find yourself in disagreement with Iranian counterparts by:

If you work with Iranians or plan to travel to Iran for work, then our Iran online cultural awareness course is a perfect introduction to the country, the culture, the people and the way they like to do business.

If you'd like to explore Iranian culture and business with a trainer, then our live webinar training courses, tailored to meet your needs, are the perfect solution.