How Lack of Cultural Awareness Can Cost A Business Big In this article, we look at how a lack of cultural awareness can have big cost implications for a business.

Western businesses that believe their approach to business is 'the only way', are losing out on contracts and productivity when it comes to interfacing with foreign companies.

This affects them financially as they are failing to win deals or to maximise the potential of mergers and acquisitions.

Likewise, staff venturing overseas with a lack of cultural awareness lack productivity when in-country, compared to their culturally competent peers.

We cover these areas and many more!

Although the business world is becoming increasingly globalised, this hasn't led to a homogeneity of culture when it comes to product, marketing, sales and service.

This is leaving less culturally aware businesses behind.

DON'T MISS THE FREE VIDEO SAMPLE OF OUR
ELEARNING COURSE ON CULTURAL AWARENESS AT THE END!

Many people agree with the phrase that 'the world is getting smaller' - it is hard to disagree.

Advances in transport and communications technology combined with the development of a global, interconnected economy have resulted in people from different nations, cultures, languages and backgrounds now communicating, meeting and doing business with one another more than ever.

There are some that claim this newfound intimacy has led to a greater understanding of 'the other', 'the foreign' and 'the alien' and as a result, our cultural differences are diminishing. We are all becoming closer.

However, in reality, the opposite is true.

As we come together our cultural differences become accentuated as we start to realise that the rest of the world is not reading from the same book.

One area where this is felt most painfully is in business.

Why does Business Feel the Pain?

Because it usually ends up in an expensive mistake that could/should have been avoided! And businesses don't like losing money!

Very few businesses can escape the need to at some point in time deal with foreign colleagues, clients or customers.

Business is international and if an organisation wants to develop and grow it needs to harness the potential an international stage offers.

Twenty years ago British, European and American organisations doing business abroad had very little competition due to the lack of rival industrialised nations. Back then it was easy to do business 'our way'.

Today some of the world's largest economies include Japan, China, Mexico, Brazil, India and Korea.

As a result there has been a small shift from 'our way' to 'let's try and understand your way' to find a middle way. Why? Because western organisations are feeling the impact a lack of cultural sensitivity can and does have upon business performance. 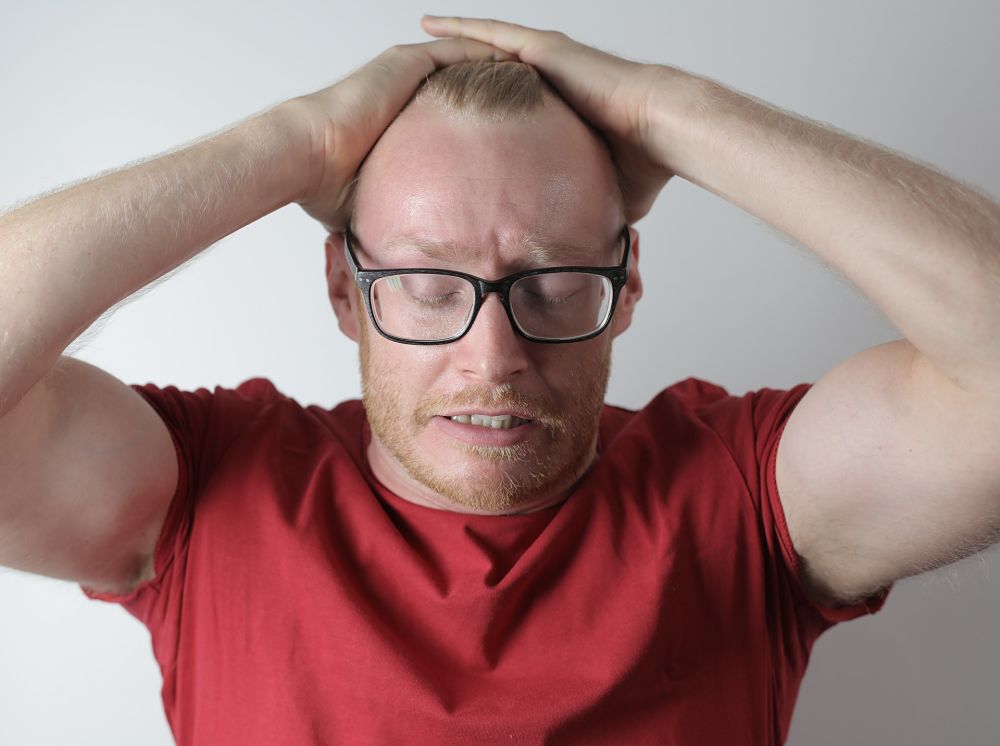 Photo by Andrea Piacquadio from Pexels

Many international businesses are now investing heavily in providing staff with language lessons in order to be able to crack foreign markets as well as providing cultural sensitivity training to address issues such as etiquette, protocol, communication styles and negotiation approaches.

In a competitive world, such businesses appreciate that greater cultural sensitivity will assist them in forging longer and more prosperous relationships.

Yet progress is slow.

Unfortunately, a subconscious sense of cultural superiority still seems to reign; one that assumes the rest of the world does business like us and if they don't then they should.

The world's inhabitants however come from many faiths, cultures, world views and experiences which makes such an assumption futile. We are all different and as a result, doing business across borders (whether political, religious, cultural or linguistic) requires cultural sensitivity, meaning a sense of empathy, flexibility and creativity informed by cultural knowledge. As with most things in life, business has learnt the hard way.

To illustrate how these lessons have and are still being learnt we will look at some examples where a lack of cultural sensitivity has let a company, individual or product down.

For the sake of brevity, these have been summed up in two simple categories: culture and language.

When Culture Goes Wrong: How Culture Has Cost Business Big.

Culture comes in many shapes and sizes. It includes areas such as politics, history, faith, mentality, behaviour and lifestyle.

The following examples demonstrate how a lack of cultural sensitivity led to failure.

When colouring in 800,000 pixels on a map of India, Microsoft coloured eight of them a different shade of green to represent the disputed Kashmiri territory. The difference in greens meant Kashmir was shown as non-Indian, and the product was promptly banned in India.

Microsoft was left to recall all 200,000 copies of the offending Windows 95 operating system software to try and heal the diplomatic wounds. It cost them millions. 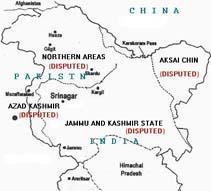 The fast-food giant McDonald's spent thousands on a new TV ad to target the Chinese consumer. The ad showed a Chinese man kneeling before a McDonald's vendor and begging him to accept his expired discount coupon.

The ad was pulled due to a lack of cultural sensitivity on McDonald's behalf. The ad caused an uproar over the fact that begging is considered a shameful act in Chinese culture. 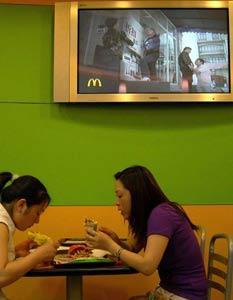 When the US firm Gerber started selling baby food in Africa they used the same packaging as in the US, i.e. with a picture of a baby on the label.

Sales flopped and they soon realised that in Africa companies typically place pictures of contents on their labels. Whether this story is true or not is now being questioned. 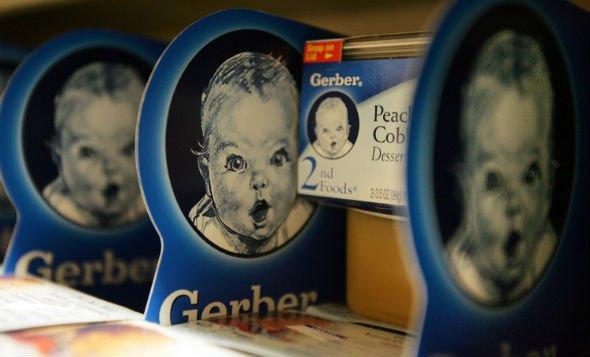 The film "Hollywood Buddha" showed a complete lack of cultural sensitivity by causing outrage and protest on the streets of Sri Lanka, Malaysia and Burma when the designer of the film's poster decided to show the lead actor sitting on the Buddha's head, an act of clear degradation against something holy. 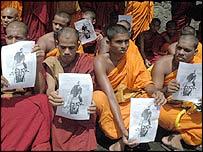 The concept of Big Brother was somehow taken to the Middle East. The show was taken off air after its first few episodes due to public protests and pressure from religious bodies stating the show's mixed-sex format was against Islamic principles. 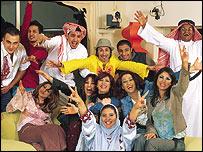 US supermarket giant Walmart completely failed in its effort to break into the German market. Analysts saw the transplanting of US corporate management and retail culture onto an alien environment as the main cause for the massive failure. 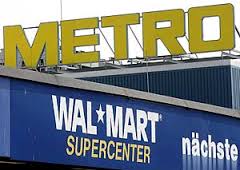 How Language Doesn't Always Translate into $$$

The business world is littered with poor translations that have caused great embarrassment to their perpetrators due to their lack of cultural sensitivity.

The following are some of the choicest examples.

IKEA once tried to sell a workbench called FARTFULL - not a hugely popular product for obvious reasons. 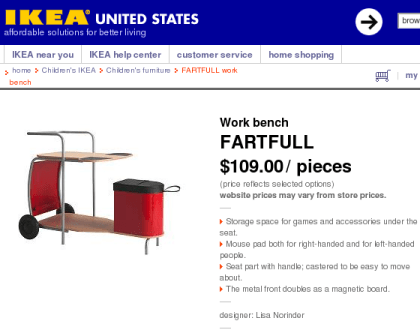 Both Clairol and the Irish alcoholic drink Irish Mist did not properly consider the German language when they launched their products there. Clairol's hair-curling iron "Mist Stick" and the drink "Irish Mist" both flopped - why? 'Mist' translates in German as "manure". 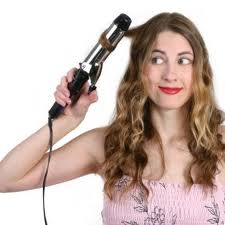 The Japanese seem to have a particular flair for naming products. The country has given us gems such as "homo soap", "coolpis", "Germ bread" and "Shito Mix". 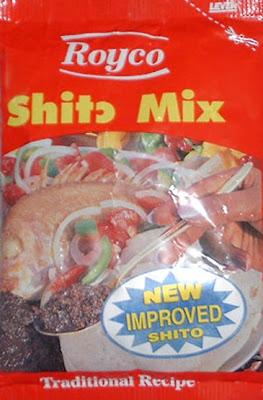 Coors had its slogan, "Turn it loose," translated into Spanish, where it became "Suffer from diarrhoea."

Be Aware of Cultural Differences

All the examples cited above could easily have been avoided by conducting some basic research in respect to checking the concept, design, shape, colour, packaging, message or name in the target culture.

If businesses want to succeed internationally, cultural sensitivity must be at the heart of everything they do; from their personal interaction and relationships with clients to the products/services they develop.

Take a Course on Cultural Awareness in Business

If you want to learn about culture and business, then why not have a look at our online cultural awareness course?

You can watch a free sample of the course video below here or go to the course page to buy for only $15!