Why are the British so Cold and Unfriendly? This is a common stereotype often heard about the British.

In some parts of the world, they have a reputation for being ‘cold’ and ‘unfriendly’.

They're seen as being distant and disinterested.

They'll turn their backs on you rather than strike up a conversation.

They're generally seen to lack any real personal warmth.

Is that what you think?

Well, we're going to explore if this is really true, or not.

When working in the cross-cultural training field, as we do, you always hear stereotypes of other cultures.

A common stereotype we come across when delivering training on British culture is that the British people are cold, unfriendly, stand-offish and distant.

Foreigners from many parts of the world are baffled as to why the British come across as so guarded.

Well, the truth is, this does not accurately reflect the British or their culture.

In fact, the British are very friendly, open and amicable people. 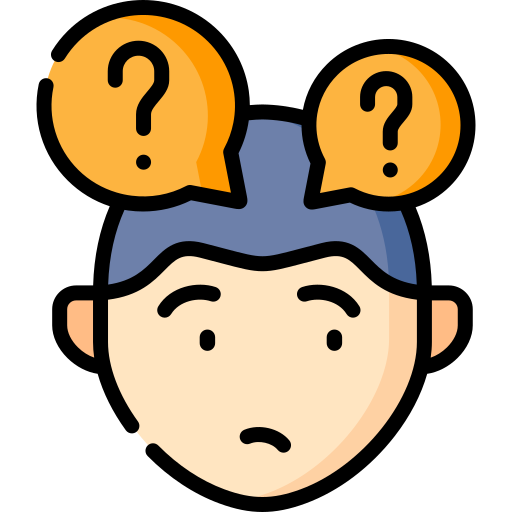 "Bonkers" is a British word meaning 'crazy', 'confusing' or 'mad'.

It’s usually the case that people who view the British as 'cold' or 'unfriendly' are looking at them through their own cultural lenses.

They are seeing the Brits behave in a certain way and (mis)interpreting that according to their own values, norms and expectations.

When this happens you can misunderstand people…and this helps explain where this stereotype of the British comes from.

Let’s explore just two simple, yet very important, aspects of British values that can shed light on why some foreigners view them as ‘cold’:

Privacy is important to the British. They like to be left alone and to leave others alone.

The language is full of phrases that convey this value system – “keep your nose out”, “you stay out of my business and I’ll stay out of yours," etc.

When in public the British are therefore very reserved.

Engaging with strangers in conversation isn’t the norm (although this is certainly not the case all over the UK). On public transport most people read books, look at their phones or have headphones on. Trying to start a conversation will usually lead to a few pleasant exchanges but then people just want to get back to being ‘left alone’. This is a very individualistic culture.

This is just one example of how British privacy curtails what people say, how they say and when they say it. As a foreigner used to open and friendly discussions with strangers, of course, this can come across as cold.

It’s not through – the foreigner has not understood that they were possibly asking prying questions in public. The conversation they are going to get there is very different to that which they would have in a pub, later on. 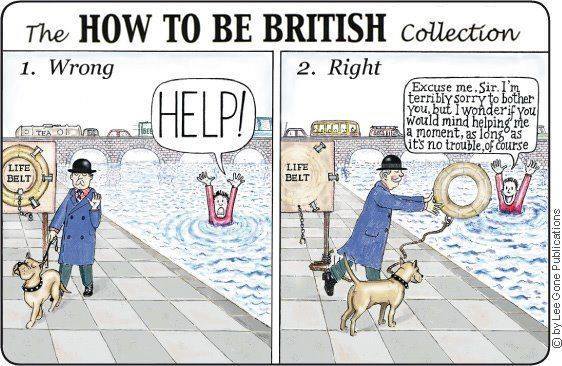 This now-famous cartoon illustrates some of the complex values that make up the British approach to communication - politeness, showing deference, not wanting to disturb others, etc.

Another value the British place great emphasis on is that of politeness and manners.

They love a ‘please’ and a ‘thank you’ and have invented incredibly complex techniques for communication through humour, sarcasm, innuendo and wit that allows people to deliver even the most impolite of opinions in the politest way.

This politeness means the British have a uniquely indirect communication style which, if not understood, can drive foreigners bonkers!

For example, it’s common to make promises to people (“let’s go for a drink soon” is a common one) as a way of being polite. Both parties usually know this is unlikely to happen, but for some foreigners who take this literally, it comes across as being quite rude that they never follow through with their promises!

The British can also be quite formal and communicate in a bit of a 'stiff' way, which for some cultures, comes across as distant, detached and unfriendly.

It Takes Two to Tango

In any cross-cultural situation always remember there is more than one side to the story.

Not all cultures see the Brits as cold or unfriendly – only some. Those that do are usually seeing things according to their values and cultural norms.

As with any culture, once you try to understand the other’s point of view, you can start to understand where you have misjudged them, or just not fully understood them yet.

This is why cultural awareness is so important.

Buy a Course About British Culture

If you would like to learn more about British culture then why not sign-up for our e-Learning UK Cultural Awareness Course?

It's packed with information about British values, the communication style, business practices and etiquette!

Watch a preview or take a sample below!

CLICK HERE TO TAKE A SAMPLE OF THE UK COURSE

Main Photo by Lena Vasiljeva on Flickr (CC BY 2.0)