What Should I Know About British Business Etiquette? The British are known for their manners.

If you’re working with British people, it’s a good idea to get to grips with their culture.

Because although they can be a very laid back people, there are certain things they dislike.

By understanding these, it will help you make the best impression possible.

In this blog, we’re going to look at some of the common mistakes made by foreigners working with the British or working in the UK.

Before reading on, remember that the UK is made up of four culturally distinct countries.

As such, we can’t define everyone you’ll meet, but at the very least, we can give you some good ‘rules of thumb’.

Want to LEARN more about the British?

Check out the SAMPLE of our eLEARNING COURSE on UK BUSINESS CULTURE at the END of the PAGE.

Should I Wear a Business Suit?

Not necessarily. If you’re visiting a British business, then check the dress code in advance because in UK business culture, the dress code is becoming increasingly relaxed.

Far more companies have adopted business casual dress - such as polo shirts, chinos, casual skirts and blouses. One can feel a bit out of place attending a meeting in a formal suit when everyone else looks casual.

However, if you don’t know the dress code of the people you’re meeting with, then it’s better to err on the side of caution and overdress rather than underdress as some companies still adhere to traditional dark suits and ties.

Should I Shake Hands or Kiss When Greeting?

Putting the changes in greeting etiquette since COVID-19 to one side, most people greet each other with a quick handshake, eye contact and an introduction if they didn’t already know each other.

Unlike other parts of Europe, kisses are strictly reserved for good friends and family. Don’t be surprised if your British counterpart recoils at the sight of your pursed lips.

When shaking hands, the British like them to be slightly on the firm side. This shows confidence and a certain level of comfort in the greeting. A limp handshake can be interpreted as meaning something is wrong, or being withheld. 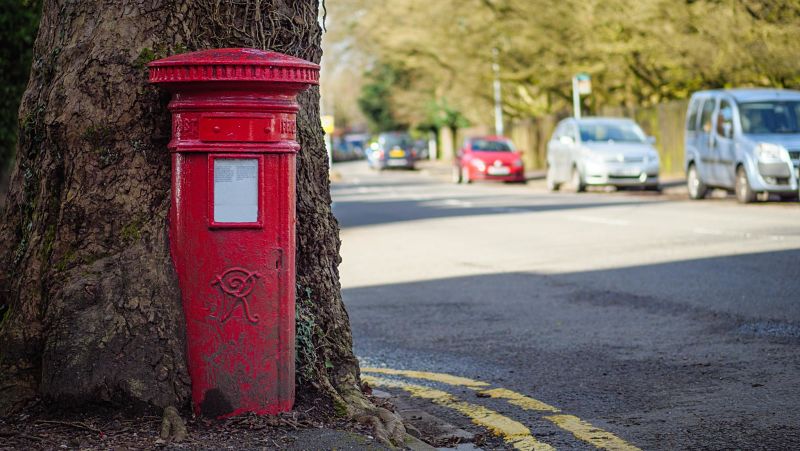 British culture has a long history. What we see in the UK today in terms of business etiquette and manners have their roots way back in time. Although highly conservative, the British have also earned a reputation for innovation.

Read more in our free guide to UK culture.

Photo by Grooveland Designs on Unsplash

Should I use Mr or Mrs when Addressing People?

No. It’s very rare for British people to introduce themselves with the titles ‘Mr’, ‘Mrs’ or 'Miss' and their surname.

You may find this in older, more traditional sectors such as law firms, but most British businesses are now very down to earth. Instead, most people will introduce themselves with their first name only.

Despite Britain being a class-based culture, Brits create rapport by moving immediately to the use of first names.

As such, it’s a good idea to present yourself in the same manner and not be too formal.

Should I ask Personal Questions?

No. In British culture, people tend to resent intrusive questions from people they don’t know.

For this reason, you should avoid anything personal when making conversation with new acquaintances.

Instead, the weather makes a great conversation topic, followed by traffic, sports and travel. If you’re meeting with people in London, then complaining about the underground is a great way to start a conversation!

..not even their age?

Nope! Equality is hugely important in British culture, with people tending to treat one another as equals, no matter their age, seniority or gender.

Asking someone about their sexuality, age or ethnic background can be perceived negatively.

Likewise, making a joke about these topics can result in an employee facing disciplinary proceedings.

Although Brits love humour, it’s very unlikely that they would stray onto these topics, particularly in the workplace.

Drinks are very much part of British business culture. 'Buying a round' is central to drinking etiquette at pubs and bars.

Find our more about this and other behaviours you need to be aware of in the UK.

Photo by Amie Johnson on Unsplash

Should I be Offended by British Jokes?

Although British humour has the potential to offend people from other cultures, it’s important to bear in mind that humour is used to build relationships and to ease potential tension.

For example, Brits use a great deal of banter and sarcasm, which involves teasing others and being teased in return.

If they make a joke about your clothing, then it really isn’t meant to offend. If they genuinely found your clothing unappealing, then they’d stay far away from the subject.

Should I Learn more about British Culture?

Yes! These insights are only a high-level overview and will not apply to everybody you meet.

However, they are a good starting point if you’re new to working with the British or in the UK.

If you remember to soften feedback, avoid sensitive topics and pay heed to equality, then you’ll be fast on your way to adapting to British business culture.

A couple of other blogs you may like include:

If you’re serious about making a good impression, then why not buy our UK Cultural Awareness eLearning Course?

Specially designed by business experts for professionals working with British counterparts, this eLearning online training course is jam-packed with essential direction and insights to help you make the best impression possible.

Here’s a quick peek below at what’s inside. Click here to take a free sample of the course.

If you’d rather take part in live, interactive cultural training via webinar, then have a look at our customized programmes.

These engaging webinars are tailored to meet the specific needs of our learners and delivered by experts in British business culture.