What is the Negotiation Style in India? Want to learn more about negotiations in India?

We'll be giving you some fantastic insights into the Indian negotiation style and how you might need to adapt your approach.

Imagine that you’re presented with an unfamiliar board game and told to play it.

Unfortunately, you don’t understand the rules and irritate the other players by making mistakes and getting things wrong. The game becomes a stressful and confusing experience.

In many ways, the rules of different cultural settings are much like this.

For people travelling to India to negotiate a deal, they may well perceive an undercurrent of rules and expectations but be unable to properly grasp them.

Their knowledge of what they don’t know trumps what they do know. Clearly, the failure to understand the rules puts those travelling to India at a disadvantage as they are unable to identify and take advantage of potential negotiation opportunities or to convey the impression needed.

Below, we’ve included 8 core elements of Indian negotiation culture that you should be aware of.

DON'T MISS THE FREE SAMPLE OF OUR
ELEARNING COURSE ON INDIAN BUSINESS CULTURE AT THE END!

8 Aspects of the Indian Negotiation Style You Need to Know

Relationships are an essential part of Indian culture.

When negotiating a contract, your Indian counterparts will also be assessing whether you are someone they can trust and respect. If they do not receive the necessary reassurance in this respect, then negotiations are likely to either stall or, be less fruitful.

As such, it’s essential that you take the time to build positive relationships with your Indian counterparts (in advance of any negotiations taking place). Make it clear that you value your relationship over the business relationship and invest time taking your counterparts to lunch, dinner or out for coffee.

Avoid talking about business during these meetings and instead spend the time finding out more about your counterparts. For example, ask about their favourite sports, the cricket team they follow, the part of India that they grew up in or now live in, countries they’ve travelled to, potential experiences of visiting your home country.

If a dispute arises during negotiations, then continue to show warmth and to demonstrate your commitment to a positive relationship. Discuss things in a positive manner and look for win-win resolutions. Becoming aggressive or trying to push your agenda risks jeopardising your relationship and limiting the success of your outcomes.

Indian business culture tends to focus on the long term and, as such, your counterparts are likely to be looking at whether you are someone that can be trusted in the long term. The same emphasis will also be placed on the contract / deal or sale that you are negotiating.

Since a long term focus tends to be an important part of the culture, we suggest that you identify and highlight potential long term benefits when preparing your negotiation approach. 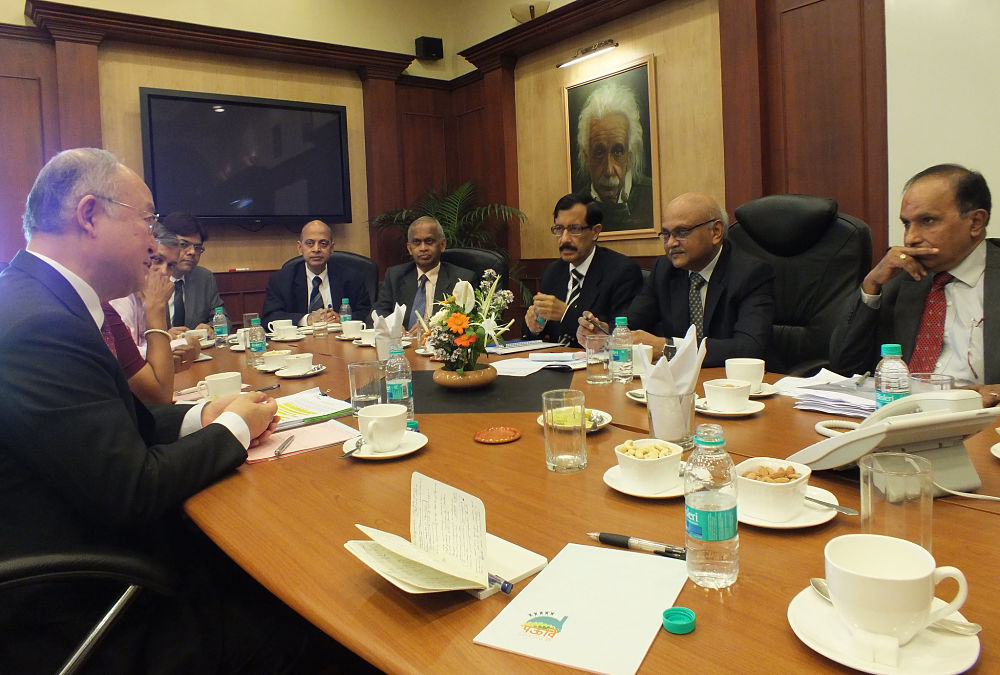 Hierarchy is very important in Indian culture. Always pay attention to who is sat where at the negotiation table as this can give you an idea of levels of seniority and therefore responsibility.

Face plays an important role in Indian culture and you should make all efforts to protect both your own face and the face of your counterparts.

Avoid saying anything that could embarrass your counterparts in front of others and avoid behaviours that your counterparts may view as shameful (for example showing poor etiquette, being rude, confrontational or speaking in a way that shames others).

When challenging the position of your counterpart during the negotiation phase, adopt an approach which is both respectful and which avoids demeaning or undermining them in any way. If you don’t agree with something, then highlight the areas that you disagree with as ‘looking good’, but ‘perhaps x or y making it more appealing’. Don’t blow their proposal out of the water as being ‘unacceptable’ or ‘poorly considered’ as this will cause your counterparts to lose face and (in likelihood), backfire on you.

Be especially aware of the importance of hierarchy in India as you are likely to gain favour by showing particular respect to the most senior negotiator on the Indian team.

Indian negotiation culture places great emphasis on the sharing of information and materials prior to the negotiation process.

Be aware that sharing information is a sign of trust, so share as much as you can in advance of the negotiation process.

Although Indian negotiators tend to have fantastic English, this approach also enables them to research potential terminology that they may not already be familiar with in advance of the bargaining phase.

Be aware that Indian culture tends to be polychronic versus monochronic.

As such, don’t expect events to follow a prescriptive agenda or for conversations to happen in a linear fashion. Conversations tend to be circular and your Indian counterparts may well jump between topics or revisit topics that you had considered closed.

It’s really important that you don’t become frustrated and that you relax and go with the flow. This is the way in which Indian culture works and although disruption may sometimes be used as a negotiation ploy, they are generally not approaching proceedings in this way to annoy you.

Showing frustration will cause you to lose face and present yourself as someone that might be difficult to work within the long term. 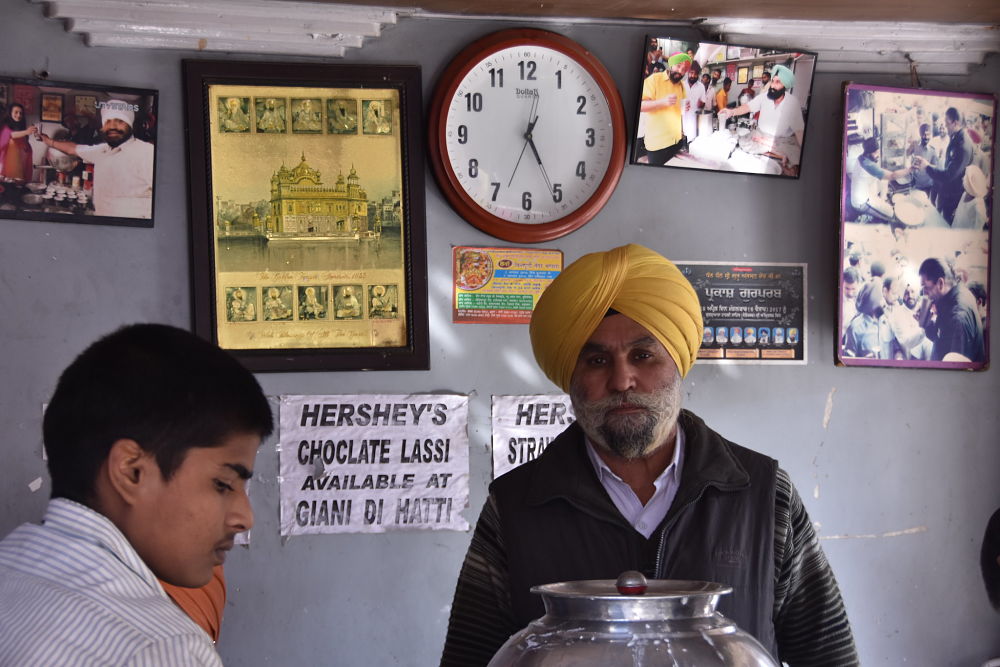 Indians joke that "IST" stands for Indian Stretchable Time as opposed to Indian Standard Time. Why? Because India is not a time-conscious country. Foreigners working in India need to understand things happen at a slower pace.

Although your Indian counterparts may look to ‘win win’ outcomes, the Indian negotiation approach tends to involve an element of adversarial distributive bargaining.

Although Indians are extremely unlikely to be aggressive in their approach (aggression would cause the aggressor a loss of face and undermine the value placed on relationships), they may indeed employ this approach to a degree.

Be aware and avoid taking offence or becoming confrontational on the back of it. Pull your counterparts back to win-win outcomes where possible.

Since Indian culture is relationship-focused, Indian negotiators may well use attitudinal bargaining to encourage you to change your approach.

Using emotional tactics by trying to make someone change their approach through guilt or by highlighting the relationship is something that you should be aware of.

Stay firm, respectful and friendly, but don’t allow this approach to manipulate your position. Under no circumstances should you adopt this approach yourself as it can easily backfire when used by people who don’t properly understand Indian culture.

Indian culture tends to be incredibly hierarchical, so, unless the decision-maker is part of the opposing negotiation team, then don’t expect decisions to be made quickly.

Decisions tend to be delayed as conversations move through the necessary hierarchical structures.

It’s extremely important, therefore, that you allow the decision-making process to evolve as needed.

It’s also worth noting that Indian culture tends to be rooted in spiritual values. As such, faith and emotions play an important part in decision making.

Although tangible and empirical considerations are an essential part of the process, you should also try to shape your negotiation approach so that it also appeals to non-tangible factors, such as faith, feelings and relationships.

The following areas are tactics typically used by Indian negotiators during negotiations.

It’s important that you are aware of them, but that avoid them yourself:

If you become aware of these tactics being used, then remain friendly and personable but be firm in bringing discussions back to where they need to be. Don’t succumb to emotional blackmail or any other form of emotional pressure.

So to conclude, spend time building relationships and trust – don’t rush this part!

Draw upon both elements of faith when preparing your negotiation bid and incorporate them into the more empirical and factual materials, don’t cause people to lose face, be firm but friendly at all times, try to recentre the negotiation if you feel it is going off-topic, or if tactics are being used and avoid high-pressure negotiation tactics – they can and will backfire!

If you're serious about doing business with Indians or in India, then have a look at our eLearning course.

It's packed full of useful information and tips on everything you need to know about the business culture.

Main photo by US Secretary of Defense on Flickr (CC BY 2.0)