Would you sacrifice one life to save many?

This is the question researchers posed to people around the world, gaining some fascinating insights into values, beliefs and cultural differences.

The results found that culture plays an important role in how people from around the world perceive sacrifice and the moral dilemmas surrounding such choices.

The research, led by Edmond Awad from the University of Exeter's Business School and published in Proceedings of the National Academy of Science, found that those in more traditional communities, such as cultures in Asia, were less inclined to support sacrificing someone to save more lives.

“In particular, we document a strong association between low relational mobility (where people are more cautious about not alienating their current social partners) and the tendency to reject sacrifices for the greater good—which may be explained by the positive social signal sent by such a rejection.”

The research looked at how people around the world reacted to a new version of the famous ethical thought experiment, known as the "trolley dilemma".

As outlined in the picture above, people were tested using three scenarios.

According to the results, people from Western cultures such as Europe, Australia and the Americas were much more willing than those in Eastern cultures to switch the track, or to sacrifice the man, to save more lives

In Eastern countries, such as China, Japan and South Korea, there were far lower rates of people likely to support this 'morally questionable' view.

The research suggests that in traditional communities, where people may stay in close, small communities where it is hard to form new relationships, they don't want to alienate their current connections by suggesting they would sacrifice someone.

In western countries, however where it is easier to move on and find new social groups if someone disagrees with you, people may find it easier to voice, or think, such thoughts.

Although not mentioned in the research the results also point to other cultural factors that could explain the differences.

For example, in Eastern cultures, where the group or collective takes precedence there would also be factors such as shame, loss of honour and face that people would take into account. Such traditional cultures also tend to be a lot more fatalistic, which again may taint people’s willingness to change or alter what they would perceive as destiny.

In Western countries, where individualism is highly valued, people may be much less concerned about what others think of them if they make such a decision. They would also believe they are more in control of the world around them and be much more willing to make decisions that could change the course of events. 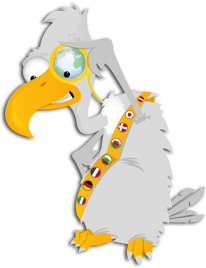 Visit our resources page to let the Culture Vulture show you around all our free information.