“How would you explain your country's culture to someone who isn’t at all familiar with it?”

This was the question posed by OdinText to more than 15,500 people across the globe in the hope of finding some insights into cultural differences or similarities.

Interestingly the results found that ‘multiculturalism and/or diversity’ was one of the most frequently mentioned cultural attributes used by over 15,500 people to describe 11 different cultures, across 10 countries and 8 languages.

Now how much weight this research holds is down to you to decide – have a read of their methods and how they translated and interpreted answers and decide what you think. A question to ask is who the respondents were – did they accurately reflect the countries they came from?

Are Cultures Getting Closer?

One of the points made by the author of the findings, Tom H. C. Anderson, is that many of the cultures are becoming a lot closer in how they perceive themselves.

As the image below illustrates, Spain, France, US, UK and Brazil all seem to find themselves in similar cultural territory, something the author sees as the Americanization of other cultures through global media, arts and culture. 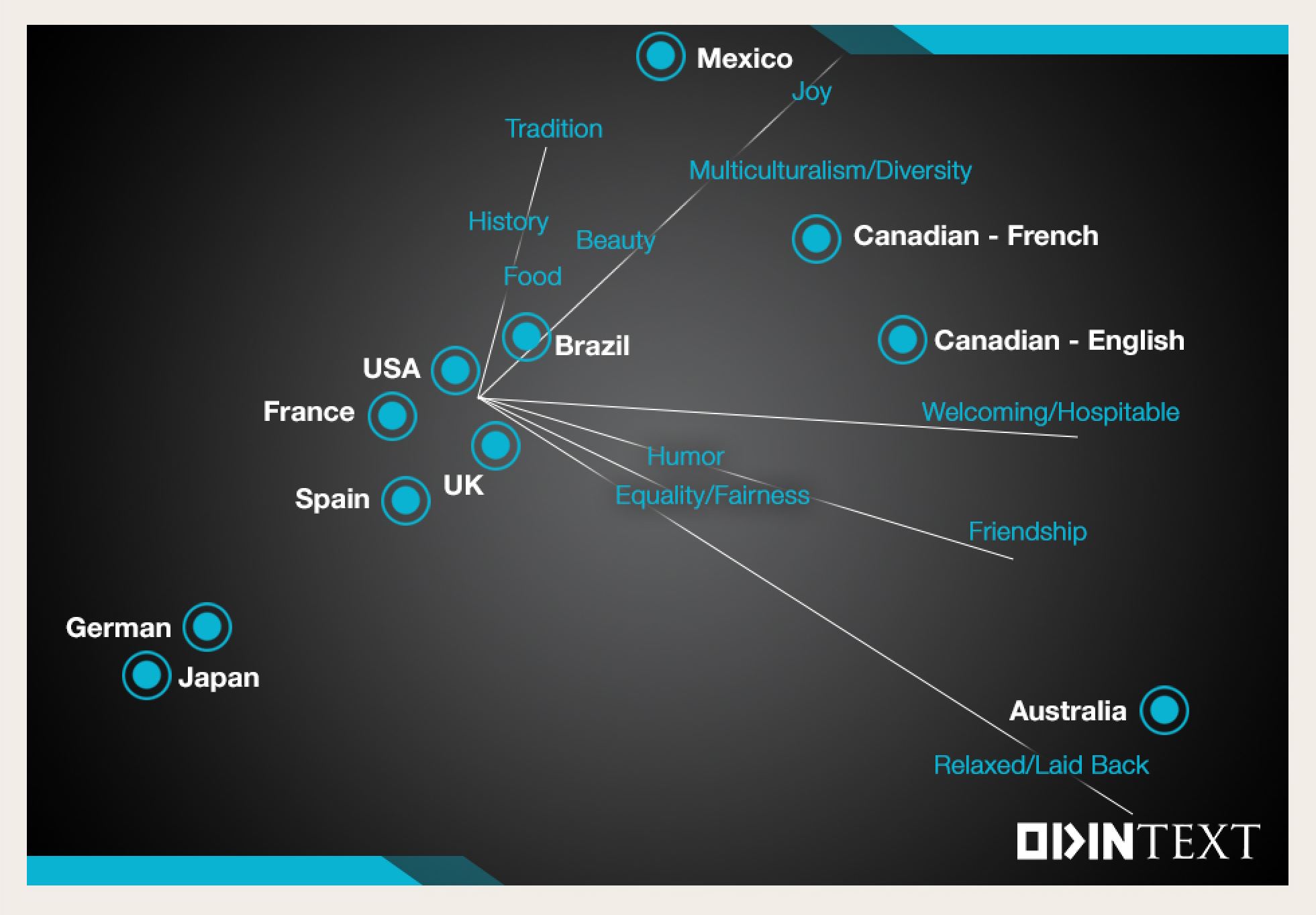 Two countries however, clearly see themselves as a part of the rest — Germany and Japan.

The two charts below illustrate the differences between how the Japanese and Germans describe their cultures. 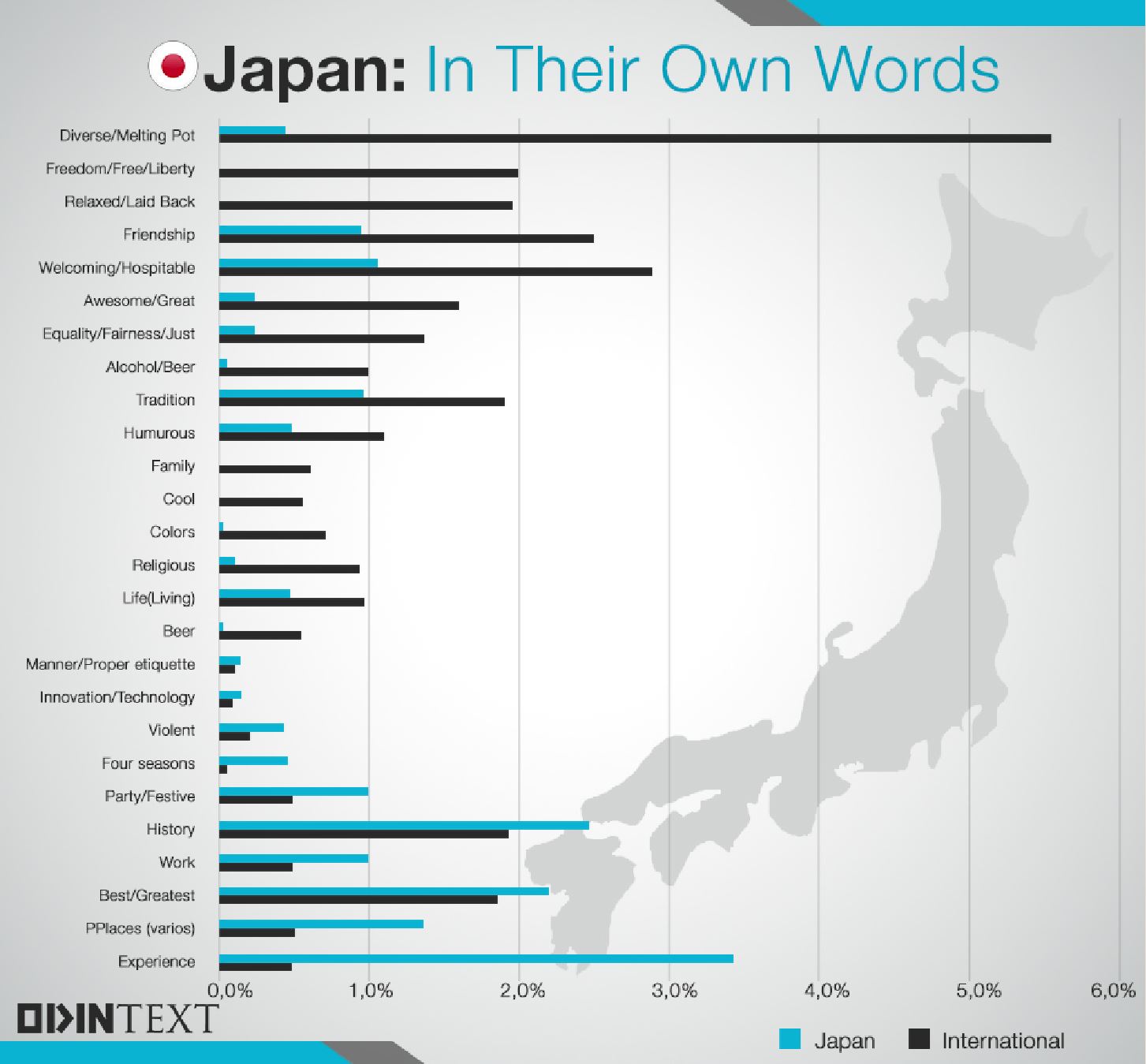 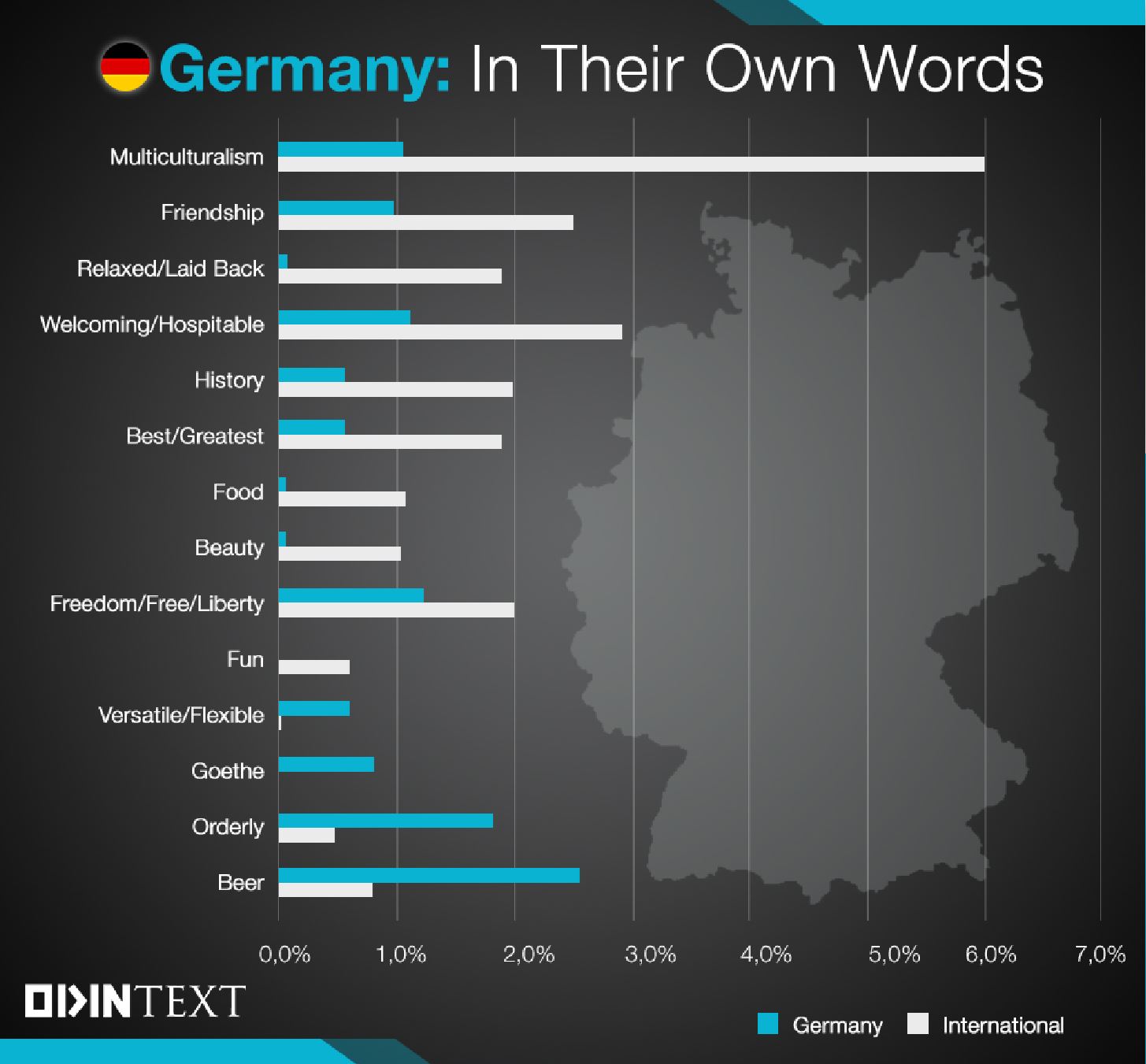 Respondents from both countries were more likely than average to mention language, tradition, and politeness, but the similarities between these two cultures lie primarily in the extent to which they both differ from the other cultures sampled, notably by how infrequently certain features mentioned by people from other cultures appeared in comments from German and Japanese respondents.

What Did Other Countries Say About Their Cultures?

The Americans think they are ‘Awesome’, a bit better than the rest of us but we'll forgive them for that as they also love their multiculturalism.... 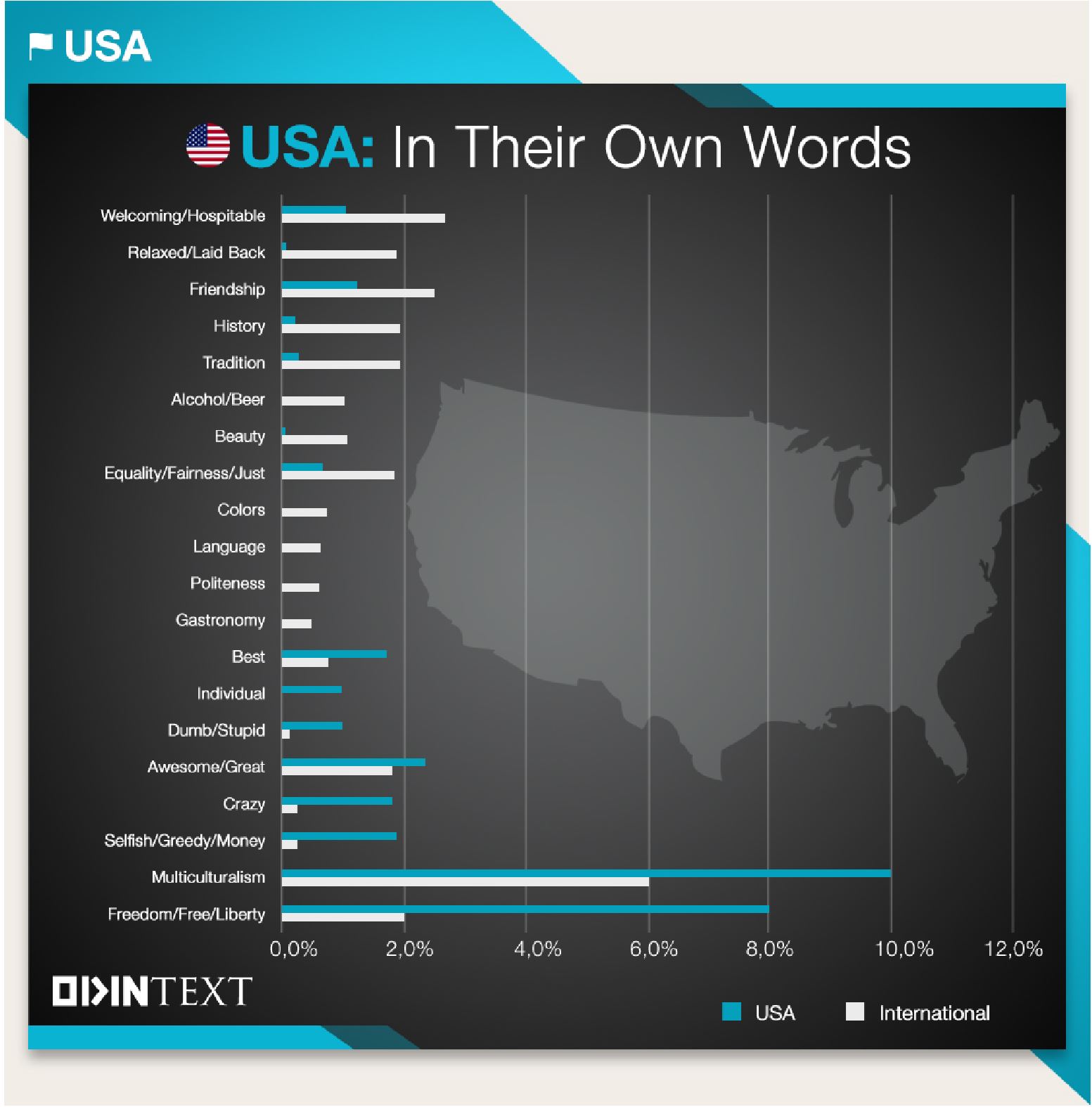 The Brits are still obsessed with manners, football (soccer to you Americans) and fish & chips and clearly think they are a lot funnier than everyone else... 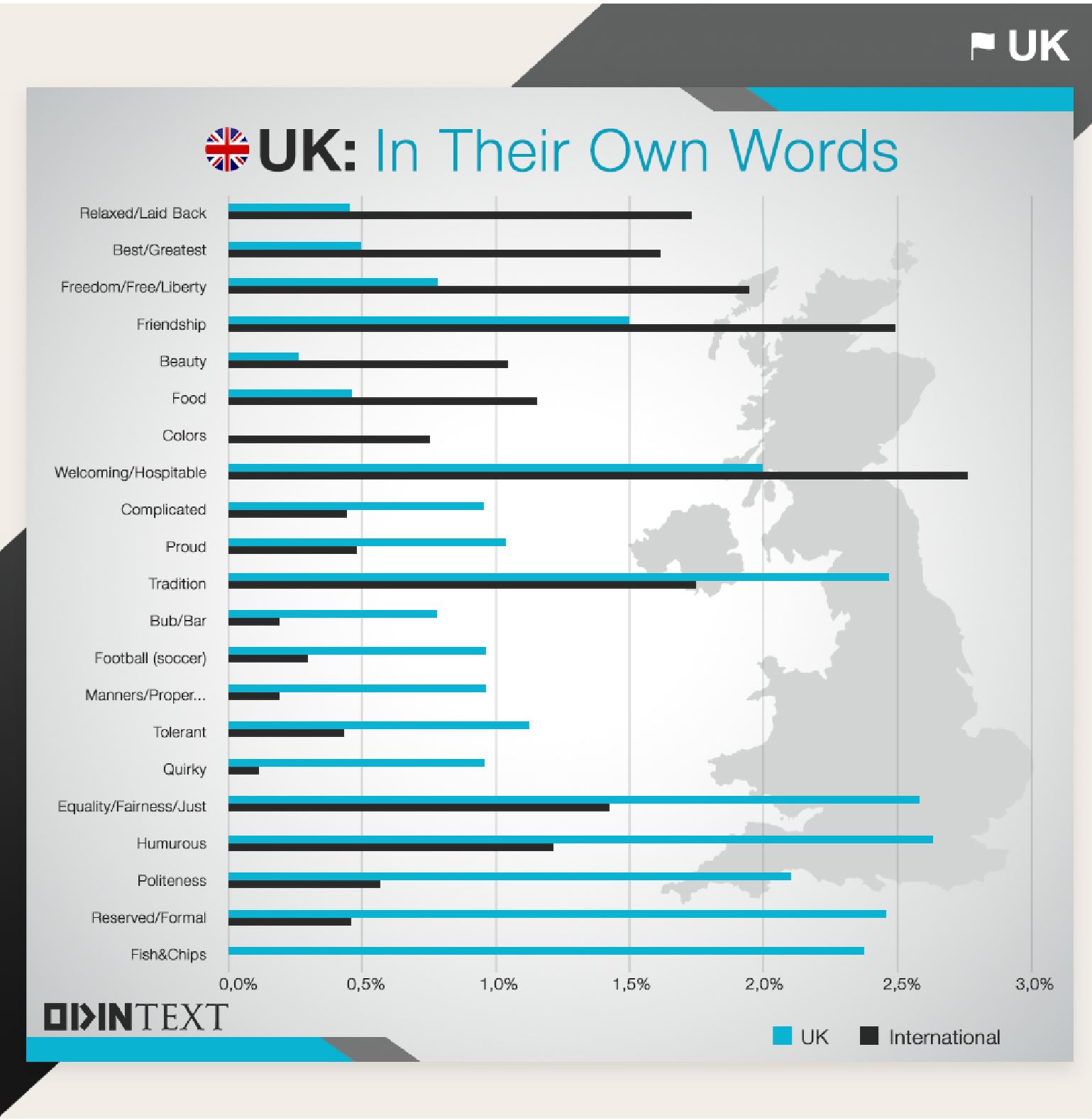 The Aussies are so laid back they are horizontal and will clearly give any visitor a warm welcome, although it doesn't look like many tourists should rush their for the history, food or tradition... 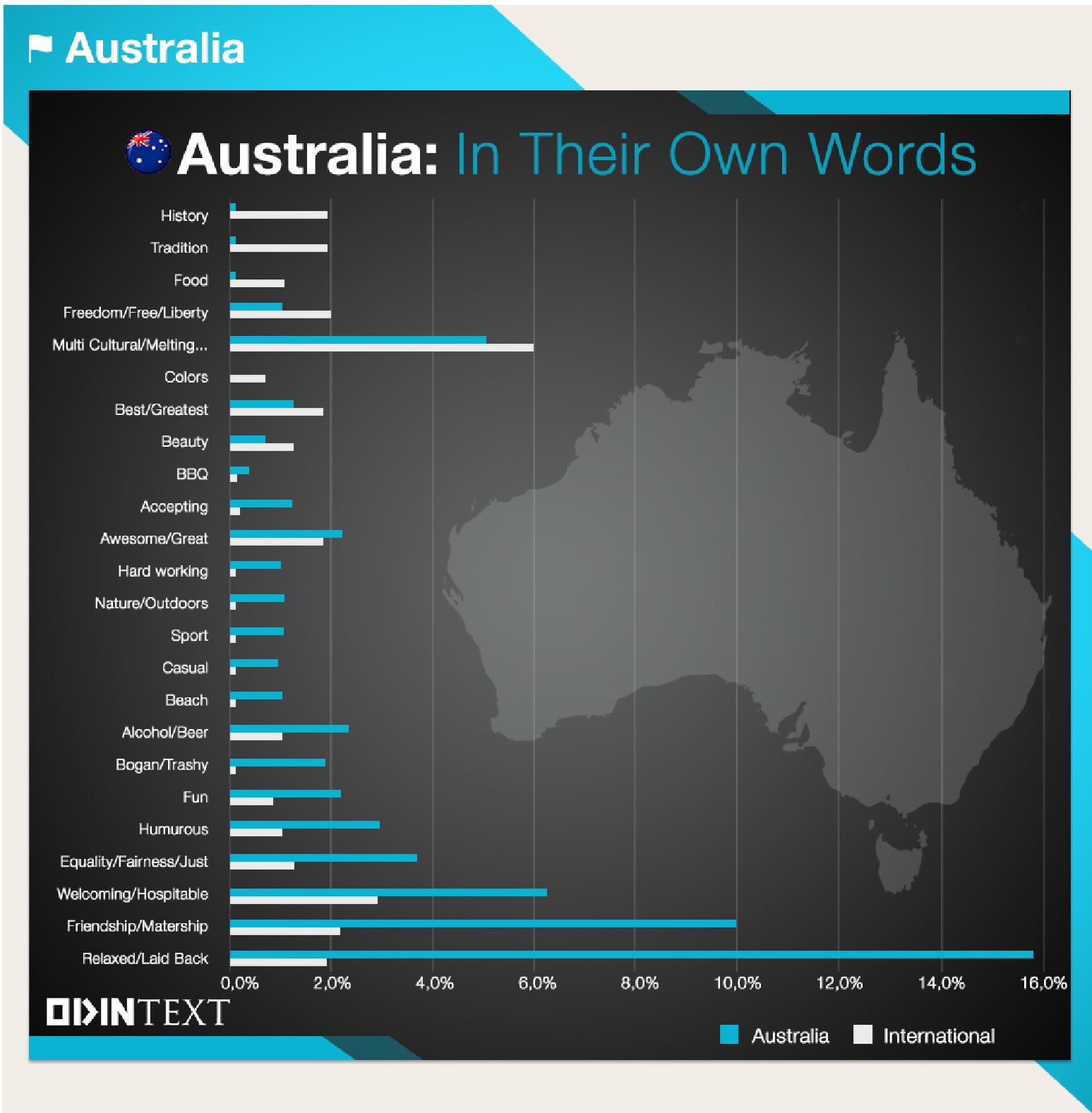 The Brazilians think they are cooler than the rest of us (which they probably are), love their carnivals and cultural diversity yet surprisingly don't see themselves as being friendly... 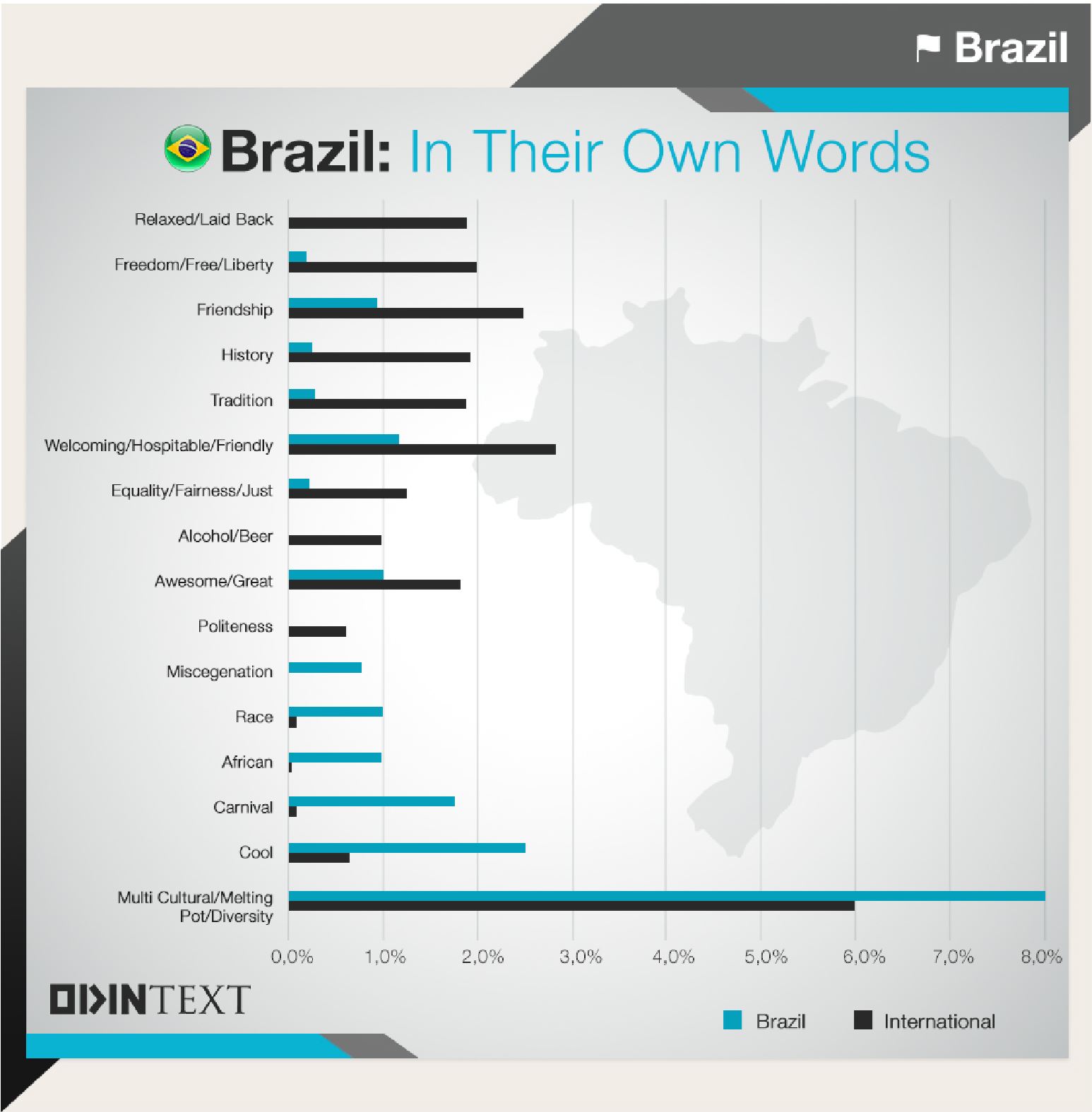 Visit OdinText's original article for more about their research methodology, findings on other countries as well as some really interesting stats on the emotional states of the different cultures featured.

A big thank you to OdinText for their fascinating little research project.

Why not thank them too? @OdinText

Photo by Rajiv Perera on Unsplash