May 10 Posted by Culture Vulture in Etiquette All was going well, and the meal proved to be outstanding until desert arrived, rather curiously, in a metal decorative shoe.

Diplomatic to the core, Shinzo Abe managed the situation amicably, although his attending team were quick to vent the offensive nature of this gesture following the meal.

Indeed, it wasn’t only the Japanese team who deemed the serving apparatus offensive.

Misgivings were also expressed by members of the Israeli team, one of whom suggested that serving a Japanese guest his/her food in a shoe was akin to serving a practicing Jew his/her  food on a pig shaped plate!

So why the cause for concern?

Shoes are unclean in some cultures

Japan is not alone in considering shoes to be unclean.

Along with many other Asian countries, and countries across the Middle East, Japan has deeply entrenched shoe etiquette.

In fact, it’s sufficiently important that anyone going to Japan fully understands what is expected of them in this respect. Putting your shoes on the table, for example, would definitely not earn you any points.

Taking off your shoes is part of Japanese daily life

To illustrate the way in which shoes are considered unclean, they are left in the entrance way and not worn in the home so as to protect cleanliness.

It’s also fairly typical for establishments such as hotels, businesses, restaurants and schools to have a no shoe policy. Where this is the case, individuals are often (but not always) offered slippers to wear as an alternative. 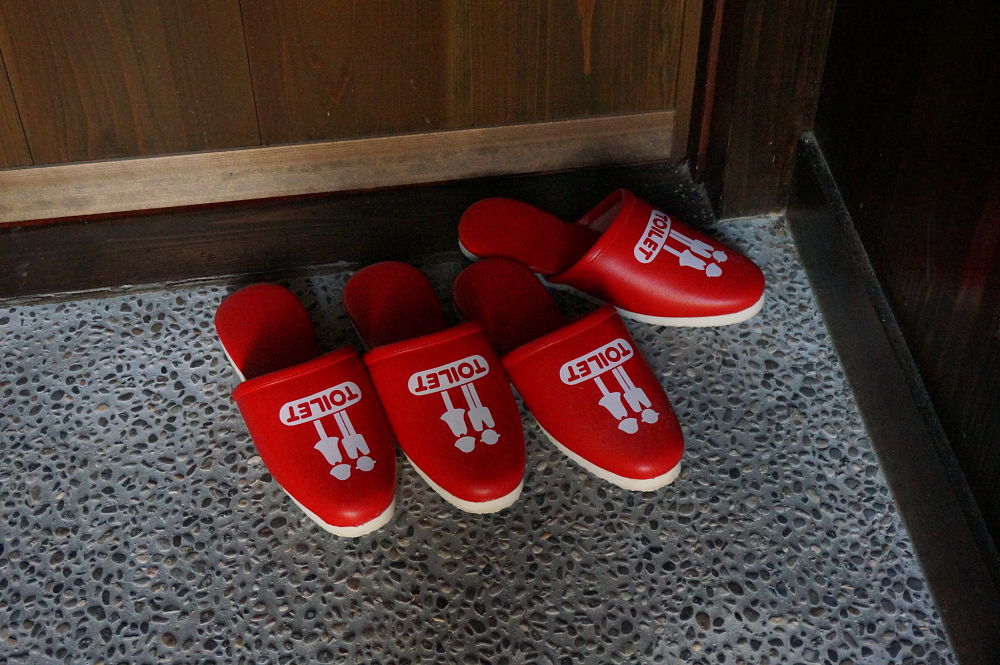 Photo of toilet slippers in Japan by Andrew and Annemarie on Flickr CC BY-SA 2.0

No shoes in the bathroom!

The value placed on cleanliness also extends to the bathroom areas. If entering a bathroom, shoes are left at the door and dedicated bathroom slippers are worn.

Since bathroom slippers should not soil the non-bathroom areas in any way, individuals skilfully place their feet, one at a time, in the bathroom slippers which are arranged in such a way as to enable an easy transfer. Again, walking out of the bathroom and forgetting to swap back into slippers for the main house would not earn you any points.

Why cultural awareness is so important

With these attitudes towards shoes and shoe etiquette in mind, it is not difficult to see why the commotion over the innocently designed shoe desert transpired to become a diplomatic incident that will likely haunt Moshe Segev and Israel for a while to come.

Understanding the needs, expectations and taboos of international contacts goes a long way to helping build positive experiences and relationships.

It seem that even chefs aren’t immune!