May 05 Posted by Culture Vulture in Cultural Awareness Being aware of cultural differences is crucial if you work in international business.

Anyone who believes that “everyone does business the same” will soon get a shock once they start to work with other cultures.

Despite technological advances, shared popular media, a common language of business (English) and decades of global trade, cultural differences can still cause damage.

Cultural Awareness helps professionals fully understand the impact culture can have in business – whether in relationship building, negotiations and management or in marketing, sales and business development.

It further helps by giving people the skills and tools to manage cultural differences positively.

Let’s look at some examples of what can happen in business when there is a lack of cultural awareness.

Firstly, we’ll look at an example of poor cultural awareness on an individual level (Bill Gates) and then one on an organizational level (KLM-Air France).

Want to take your CULTURAL AWARENESS to the NEXT LEVEL?

For a LIMITED TIME ONLY you can buy our eLEARNING COURSE on Cultural Awareness for ONLY $15!

FIND OUT more at the END OF THE PAGE.

Definition: Someone's cultural awareness is their understanding of the differences between themselves and people from other countries or other backgrounds, especially differences in attitudes and values. (Collins Dictionary)

Bill Gates is pretty famous. If you don’t know who he is, then look the guy up! He’s a very rich man who did some clever things in computing. 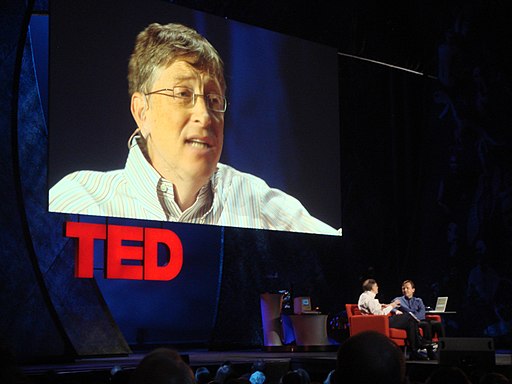 Anyway, in 2013 this wealthy Californian entrepreneur visited South Korea on a business trip. He was granted an audience with President Park Geun-hye. The following day the photo of him greeting the President was on the cover of every newspaper.

Not for good reasons.

No, they were very unhappy. In fact, the Koreans felt disrespected.

If you look at the photo (which we can’t show due to copyright) you’ll see he greeted the President with one hand in his pocket and with his jacket unbuttoned.

He basically came across as way too casual and the Koreans saw it as offensive and completely disrespectful.

So, you can see, his lack of awareness around etiquette in Korean culture, created a very negative outcome for him.

A lack of cultural awareness in business happens at all levels, not just individuals. History is also littered with examples of business dealings going wrong at organization level due to cultural differences.

One such example is the merger between the Dutch and French airlines, KLM and Air France.

After years of infighting, tension and inertia the company decided to commission an independent report to try and work out why the merger was not working as well as hoped.

In a 100-page report, the researchers identified a clash of national cultures and an inability to understand each other’s languages as two of the main threats that were making the merged airline unmanageable.

“The French have the impression that the Dutch think only of money and are always ready to fight for profit. They are not afraid of anything, The Dutch think that the French are attached to a hierarchy and political interests which are not necessarily the same as the interests of the company … The extent to which employees are disillusioned is shocking.”

Again, as with Mr. Gates, this was due to an assumption that ‘everyone does business the same’. You can read more about that story here.

The learning point is that we don’t all do things the same; this is why cultural awareness is so important in international business.

Take a Course on Cultural Awareness in Business

If you want to learn more about the impact of cultural awareness in business, then why not have a look at our eLearning course?

It offers some really detailed insights into the impact of culture on the workplace, with particular attention given to cultural differences around communication, time and team-work.

You can watch an abridged sample below.

Some resources we have that you may find useful are: