May 15 Posted by Culture Vulture in Cultural Awareness Like it or not, British culture is still rooted in the class system.

Despite increased multiculturalism and economic growth eroding class consciousness a little, under the surface and, class still creates a big gap in UK society.

The concept of a class system is at odds with the value that British people place on equality, whereby emphasis is placed on an "even playing field" and equal opportunities for all.

The class system is so entrenched however, in British culture that it’s proving difficult to move on from it.

Not only is it present on quite an overt level, where those of a higher class might, for example, refer to someone working class as a ‘chav’ if they dress in designer labels, but it’s also present on a subconscious level.

“In our country for all her greatness there is one thing she cannot do and that is translate a person wholly out of one class into another. Perfect translation from one language into another is impossible. Class is the British language.”

What are the Different Classes in British Culture & Society?

Before we move on to discuss a recent event that caused considerable upset and accusations of ‘classism’, let’s first visit the designation of class:

While there are three main classes in British culture, the divisions are often expanded to include 5, or even seven, classes.

This takes us from the generic, and rather crass, descriptions of Working, Middle and Upper Class to;

Changing class is doable but tough. For example, a Working Class person who wins the lottery and becomes rich would not be considered Upper Class.

They are still Working Class, albeit it, a rich member of the Working Class.To accelerate through class divisions requires that someone is educated, in a good job, speaks a certain way, engages in certain social activities and mixes with a certain type of person. 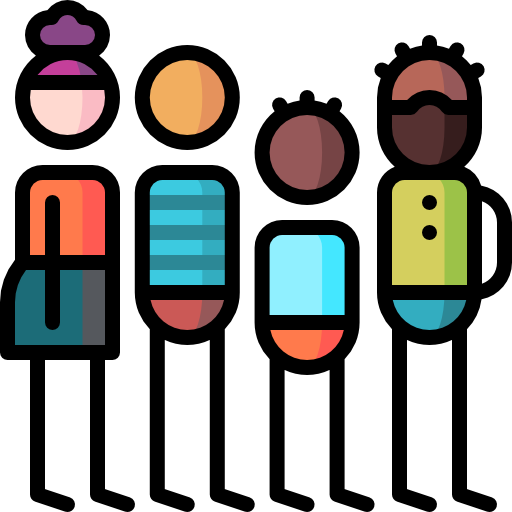 Queues are important in UK culture as they demonstrate the value of fairness. Jumping in front of others is the height of poor etiquette.

Class in Action - An Example

Let’s now explore the episode that provoked outrage and accusations of classism in the UK.

This upset resulted from a property report, carried out by a London retail consultancy, which labelled a shopping street in the North East of England as the least vital high street in the UK.

Locals were upset and offended and called the report ‘classist’. In part of the report, the consultancy describes the street as: home to a “borderline poverty group” who take “solace in fast food, gambling and alcohol” and whose “day-to-day survival means that they will be less engaged with the wider world”.

The residents were understandably very upset and argued that it’s not fair to use the economic strength and social class of an area to make assessments as to how good or bad it is.

Many deprived areas are characterised by money lending units, bookmakers, charity shops, discount shops and pawnbrokers but these fixtures don’t in any way define the dynamics of the lives and communities of those that visit these streets.

According to residents, the community is a hub of support and long-standing relationships and to have their high street ‘demonised’ purely because of their class and lack of finance is unfair.

For a culture so focused on equality, it’s surprising that the class system has endured in Britain as long as it has. However, it’s a deeply rooted part of how Brits see the world and it’s unlikely to go anywhere very fast.

When we conflate class with ‘good or bad’ then it’s clear we still have a long way to go!

Would you like to discover more about British culture?

Why not sign-up to our Online UK Cultural Awareness Course?