The British communication style can be tricky for some foreigners.

Their complex use of indirect messages, suggestion and insinuation can be confusing.

In fact, it can drive you bonkers!

We’re going to be looking at 8 things about the British communication style that can drive foreigners completely bonkers.

These will help you understand the culture a bit better and what the British are actually trying to communicate!

Woah! What is "Bonkers”?

Well, here’s a nice little word that is quintessentially British – bonkers. It even sounds great!

So great that Dizzee Rascal wrote a song called Bonkers!

Bonkers means mad or crazy, but it’s used in lots of different ways:

1: when you really like something: “the crowd went bonkers when Zaha put in the winning goal for Crystal Palace” or “she’s bonkers about maths – does 2 hours maths homework every night”

2: when you are really annoyed: “that crying kid on the flight drove me bonkers” or “when he realised he’d had his wallet stolen, he went bonkers”

3: when you refer to someone as having a mental illness (considered offensive) : “she’s bonkers – can’t remember her daughter’s name” or “no, after the war he went a bit bonkers”

8 Bonkers Things the Brits Tend to Say or Do

So now that you know the meaning – let’s get to it.

What do these island people do that drives foreigners crazy?

1. Offering Something with Zero Intention of Giving It

The British have a habit of offering to do something but on the understanding that it will never be done.

Well, this comes down to politeness and the desire to please people. So, for example, say you’re flying into London to see a dear old friend who lives 4 hours’ drive away. In conversation they may offer to come and collect you or to send a taxi.

Now, an 8-hour round-trip is way too much to ask and a taxi would be very expensive. You should know this and therefore you should respond, “No thanks, that’s kind of you but I’ll make my own way.”

If, however, you don’t understand this weird bit of British code, you could make the mistake of accepting the offer which would then cause real problems for your friend as they try to work out how to get out of the situation!

2. Rejecting Offers of Helps Before Accepting Them

It’s common in the UK that when someone offers you some help or a favour, that you initially reject it a couple of times.

This relates to their extreme discomfort with “putting people out of their way.” The British hate to bother and to be bothered – they like their distance and not to feel obliged to do anything they don’t want to.

So, you may be walking home and a neighbour pulls over in their car to offer you a lift. The normal British response would be, “No, thank you anyway”, or “I wouldn’t want to bother you,” or “You really don’t have to you know?”

What you don’t want to do is mistake the initial reluctance as genuine – it’s not!

3. Saying "Thank You" When Someone Says “Thank You”

Politeness is seen as a sign of good character. As a result, they say “thank you” an awful lot. You’re expected to say “thanks,” “thank you,” “cheers,” or something else for thousands of situations.

4. Saying “Sorry” Even When There is Nothing to Be Sorry About

For every “thank you” said in the UK you’ll find an equal number of “sorry”.

Again, reflecting the British emphasis on politeness and not getting in other peoples’ ways, they use “sorry” as a way of maintaining social harmony.

“Sorry” is used all the time, for everything, but bizarrely the Brits also say “sorry” when there is really nothing for them to be sorry about.

A common example is if someone bumps into you or steps on your foot. It’s not your fault but you still say “sorry”. If you’re lost and you need help, you’d stop someone by saying, “sorry, can you give me directions?” Why are they sorry? Or if someone does something to bother you, like jump in front of you in a queue, a Brit would say, “sorry, but I was here first”. Again, why are they sorry?! Even if you make a complaint you say “sorry”. Food not good in a restaurant? “Sorry, but that really was undercooked.”

This is actually a very subtle aspect of the British communication style – what they are actually stating is that it is YOU that should be sorry! 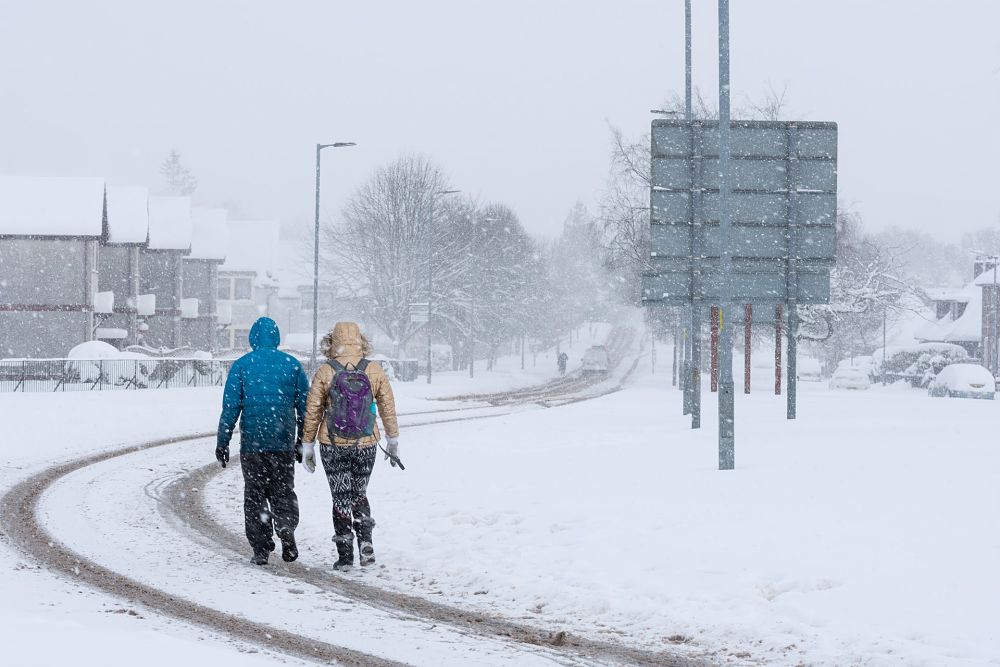 Many foreigners find the Brits 'cold' and 'unfriendly'.

Click here to discover if that's true or false!

Photo by Gary Ellis on Unsplash

As mentioned above, Brits don’t like conflict and most of the time do their best to calm things down if it gets too tense.

One way in which they do this, which can be totally confusing for foreigners, is to laugh or make a joke.

You may see a conversation get very heated between two strangers for one of them to suddenly pull a huge grin or start to chuckle. Although it’s not designed to fix the argument, it does allow people to save face and move on without causing too much of a scene.

What can drive foreigners bonkers is that they think the British aren’t taking things seriously – they are, they just mask it.

6. Saying Something is “Fine” When it Really isn’t Fine

This even drives most British bonkers!

People in the UK have a tendency to agree to things, to accept things or to say something is “fine” even when it conflicts with what they really think or want. They then complain about it later.

This is all about politeness and not wanting to “rock the boat”. So, you may be staying over at a friend’s house and rather than having a bed to sleep on, you’re given a blanket and told “we thought you’d prefer the sofa”. Although everyone knows you’d prefer a bed, you say “that’s fine” but the next day you’ll complain about it to all your other friends!

Remember, in Brit-speak “fine” usually means the opposite!

7. Saying They’ll Do Something With You But Never Ever Do It

“We must go for a coffee soon.” “Let’s do lunch one day.” “You should come round for a cup of tea.” “We should go see that film together.” And the list of false promises goes on....

The British have a habit of saying they want to do something with you, but never actually do it (well, sometimes they do!) Why? This usually happens between people where the relationship isn’t very close. It’s used for a number of reasons such as trying to show friendliness, that they’ve enjoyed chatting to you or as a means of bringing a conversation to a close.

Many a poor foreigner has taken it literally, which usually leaves them scratching their heads as to why it never happens.

Brits like to have the last word – literally, when it comes to saying goodbye!

You’ll often overhear conversations in which they each say, “bye” to then carry on chatting, before again saying, “OK, I’ll be seeing you then,” to then carry on talking before saying, “Catch you later”, before quickly making one more point before finally bringing the conversation to an end with a “See ya!”.

On the phone it’s even worse. Many a Brit can relay horror stories of being held on the line by elderly relatives for what seems like eternity.

On that note, we say thank you for reading, we hope you found it insightful and we wish you goodbye!

Remember, when working across cultures differences in communication style can drive you bonkers; however, once you understand the reasoning behind it, it all makes sense.

If you would like to discover more about the British, and in particular British business culture, then why not sign up for our fantastic online course?

Here's a preview for you!

Photo by Julien L on Unsplash