Have you heard those nightmare stories of foreigners working abroad and causing offence?

Well, strap yourself in because this is one hell of a tale!

Case studies from the business world are one of the most powerful of ways to highlight the importance of local knowledge and cultural awareness for those operating in foreign countries.

Often ignored or undervalued, this lack of cultural sensitivity can sometimes have messy outcomes.

Whether it’s localzing your website or sending people to conduct business abroad, being aware of things like cultural, religious, moral, behavioural and linguist differences is crucial.

What’s really the worst that can happen if you ignore local culture?

Well, if you’re lucky maybe loss of investment, poor sales or a slogan that means something rude in one of your target markets.

However, if you’re unlucky, it really can become a costly mess.

And it’s in this context that I wanted to highlight an incident which happened in Iraq.

Angry local Iraqis, made up of workers and tribesmen, stormed a Schlumberger Ltd camp at one of Iraq's main oilfields in Rumaila and wrecked the offices as well as beating a British man so badly he ended up in hospital.

It all started essentially due to complete ignorance over local cultural and especially religious sensitivities.

Prior to the major Shia holy day of Ashura, a British employee of G4S decided to try and remove a flag with the name of  Imam Hussain and posters with images of Imam Ali. Both venerated Saints in the Shia tradition. Example of typical poster: Imam Ali - centre - with his descendants, collectively known as the Ahle Bayt

When I first heard this I was shocked. Totally shocked.

It showed a complete and utter ignorance to the massive ramifications it would have. He clearly had no idea what he was doing; the only other explanation would be that he was consciously provoking them – which is even worse!

Let me keep it simple. For the Shia , Ashura, is holier than holy. For Sunnis it is also a day of special significance where  fasting takes place. But it is also the day when Imam Hussain (the grandson of the Prophet Muhammad and son of Imam Ali) was martyred; killed along with his family by a tyrant wanting to take power from the Ahle Bayt (the descendants of the Prophet).

It is a story which literally makes millions cry every year as they remember the slain. Processions take place, extra prayers, and gatherings of lamentations and a time of deep, deep reflection. 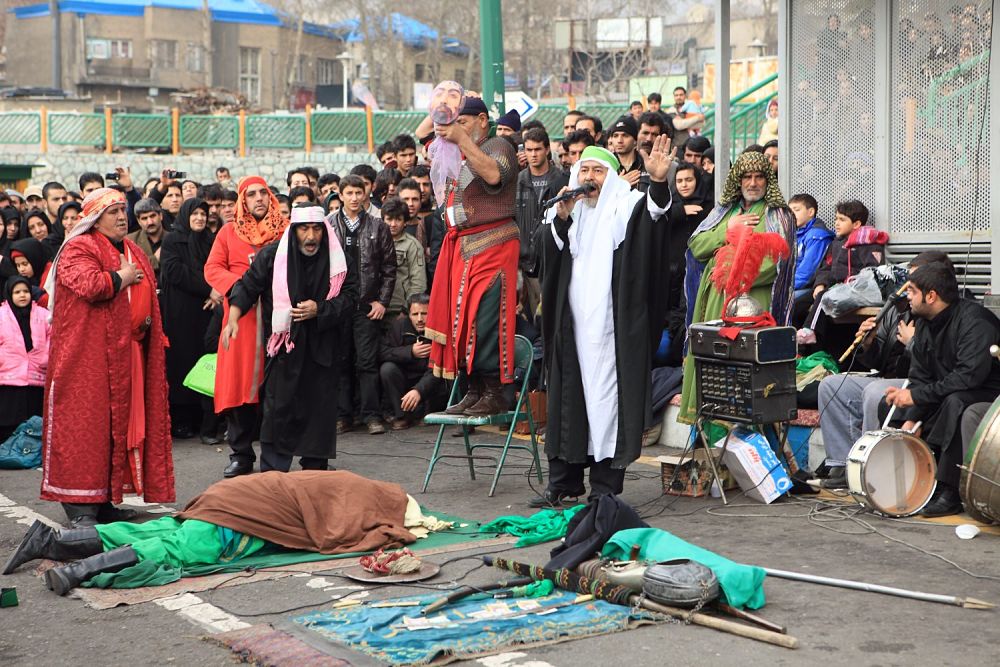 Every year, Shia Muslims re-enact what happened on the day of Ashura so that the story is never forgotten. Photo taken in Tehran, Iran by Ninara on Flickr (CC BY 2.0)

What the security guard did was essentially insult the descendants of the Prophet, the day of Ashura and the locals.

This led to the poor man being beaten by a mob, the offices of the firm being ransacked, the police to intervene and for it to become a diplomatic incident with Prime Minister Nuri al-Maliki weighing in to demand answers!

A costly mess, no?

So next time you hear someone question “why do we need to learn about their religion or culture?” please remember what could happen and has happened.