Did you hear about the supermodel, the airport lounge and the cultural faux pas that caused uproar in Saudi Arabia and the UAE?

No? Well this is a great little example of culture gone wrong!

It perfectly highlights how something so seemingly innocent in one culture can be interpreted completely differently in another, and result in a very negative outcome.

Cultural faux pas: [noun] a remark or action that is a mistake and/or causes embarrassment or offense to another culture or country.

Supermodel Bella Hadid was doing what most supermodels have to do and travelling abroad for work.

During her time in a waiting lounge for a flight, she decided to interact with her Instagram following my posting this picture. What she was trying to communicate was that she was getting ready for another journey, another plane.

Nothing wrong with that right? Wrong!!! 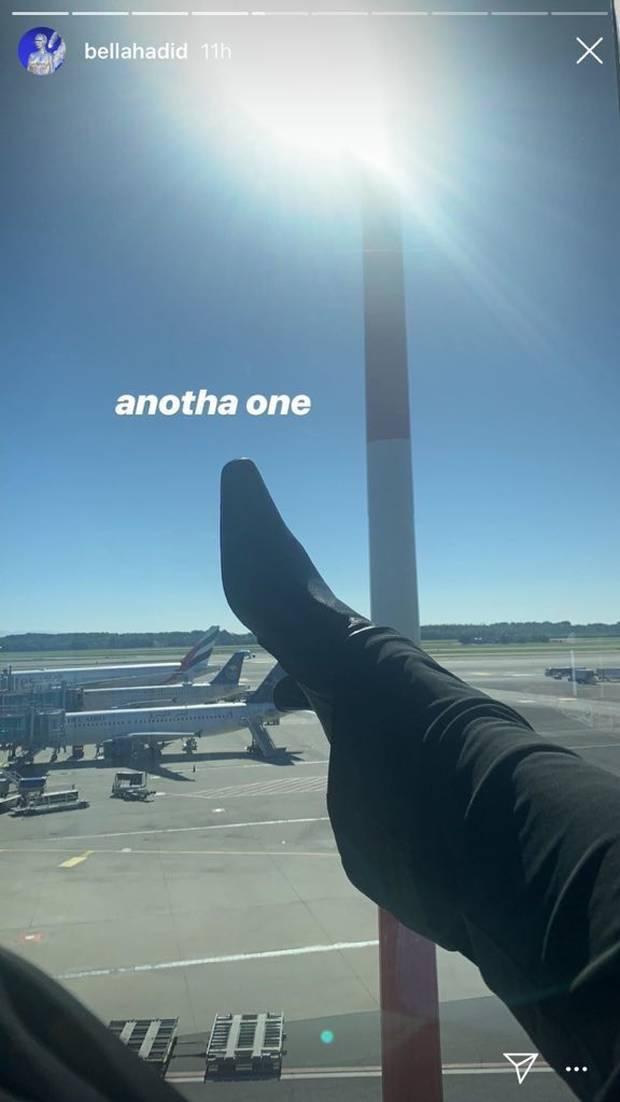 Although many of her followers would have seen the photo for what it was, many didn't.....especially some citizens of Saudi Arabia and the UAE.

It was not long before she was Bella was being called a "racist".

Do you know why?

Well, two things are going on in this photo.

1) She is using her feet to point to the planes.

In Arab culture the feet are considered unclean. It is disrespectful to point your feet at anybody or, in fact, anything that is deemed worthy of respect. Shoes also are seen as dirty and in the Arab world people remove them when going into a home or mosque, etc.

2) What is her foot pointing to?

You got it! The national flags and the national airlines of each country. Arab culture is what is known is as a "face culture", i.e. your dignity, pride and self-image are taken really seriously. However it goes way beyond the individual and people feel they can lose face as part of a group, whether a family, tribe or in this case a whole country.

So, quite innocently Bella delivered a double-whammy cultural insult to the Emiratis and Saudis. One of the consequences being that she has been branded as being a racist, despite her father being a Palestinian Arab.

Despite this, Bella still had to issue an apology to try and quelm the uproar.

"I would never want my posts or platform to be used for hate against anyone, especially those of my own beautiful & powerful heritage. I love and care so much about the Muslim and Arab side of my family as well as my brothers and sisters throughout the world. I want to send a sincere apology to those who ever thought I would put blame on them, especially to Saudi Arabia and the UAE."

According to reports, pictures of the supermodel are now being removed from malls across the GCC region both in protest over the image as well as to ensure that brands do not receive any backlash from continuing to show her image in their stores.

This is serious stuff!

One example is that of Christian Dior who have removed images of the model from their stores in the UAE and the Gulf region.

In a statement the French brand wrote: “For appeasement Parfums Christian Dior has removed its visuals of Bella Hadid in the GCC.”

So, to all those who say, "culture doesn't really matter," we say "you are wrong!"

When you are working, travelling or doing anything in another country, understanding the impact even the smallest gesture can have on you can not be undestimated.

Bella Hadid's very simple mistake, made early in the morning when she says she wasnt really thinking straight, has now potentially damaged her career.

Culture is important - dont forget it!

Then you'll enjoy our free online course on the Arab culture, customs, etiquette and communication style!

Watch below, on You Tube or over on the course page where you can also download free resources.