Why Do Middle Eastern Men Wear a Chequered Head-dress? A common question foreigners moving to or working in the Middle East ask at cultural awareness training sessions is, "Why do the men wear the head-dress?"

Great question! So let's discover more about the reasons behind it.

The traditional Arab headdress, worn by men of all ages at all levels of society, is most common in The Gulf region, i.e. Saudi Arabia, UAE, Bahrain, Qatar, Kuwait, although it is also widely worn by Arabs in other parts of the Middle East.

What is it called?

The rectangular headdress, which is made from cotton, is commonly referred to as the ghutra or kufiyah.

The cord that holds it in place to stop it blowing about in the wind or falling off, is known as the iqal.

The light colour of the headdress helps to reflect the heat of the sun and cool the body, while the cover it gives to the neck and face helps to prevent sunburn.

During cooler temperatures, heavier headdresses can fulfil the reverse function and keep the body warm. As such, the prevailing desert climates of the Middle East, this piece of clothing is essential to protecting people from the sun, sandstorms and the dramatic drop in temperature overnight. 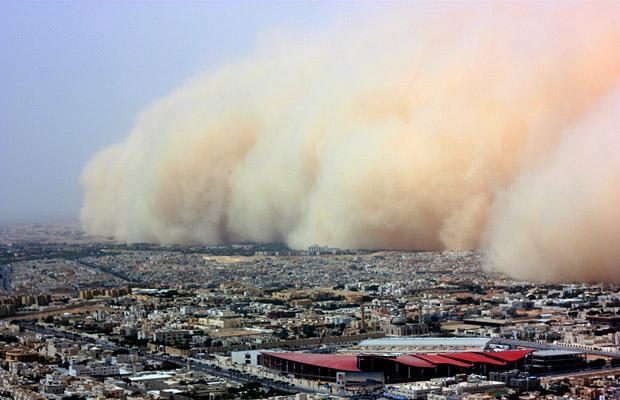 When encountering a sandstorm, what better way to protect the head and face than the ghutra? As with all cultures, our clothing is heavily shaped by the environments we live in.

What About the Culture?

However, the headdress doesn’t just serve a practical purpose.

It’s also an important part of Middle Eastern culture which helps to connect men to the traditions and customs of their native country.

For example, in Saudi Arabia and the UAE, the headdress is typically worn with a long white shirt which reaches the ankle, known as a thobe, or dishdasha / kandoora.

Together, the thobe, ghutra and iqal make up the national dress.

Most Saudis and Emiratis wear their national dress with pride. The thobe is typically well ironed and clean when donned. With the concept of ‘honour’ playing a key role in Middle Eastern culture, to wear a thobe with even the smallest stain would impact the reputation of the wearer. 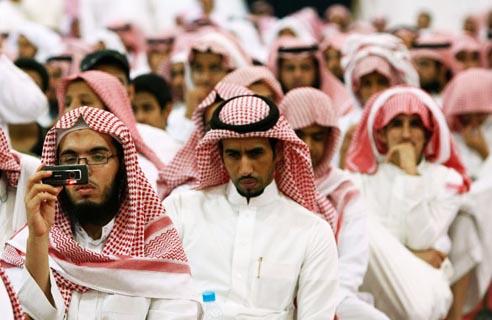 In Saudi Arabia, wearing the ghutra is a must! It's worn by almost everyone, each with their individual little tweaks.

Is it influenced by Islam?

The ghutra and thobe are also an important part of Islamic culture as they enable the wearer to dress modestly.

In Islam, it’s not only women who are required to dress modestly, men are also required to adhere to a dress code and cover all part of the body between the waist and the knees.

Wearing a loose-fitting thobe ensures men are properly covered and modest in their attire. It also ensures that they are suitably dressed for the Islamic prayer which is read five times per day. 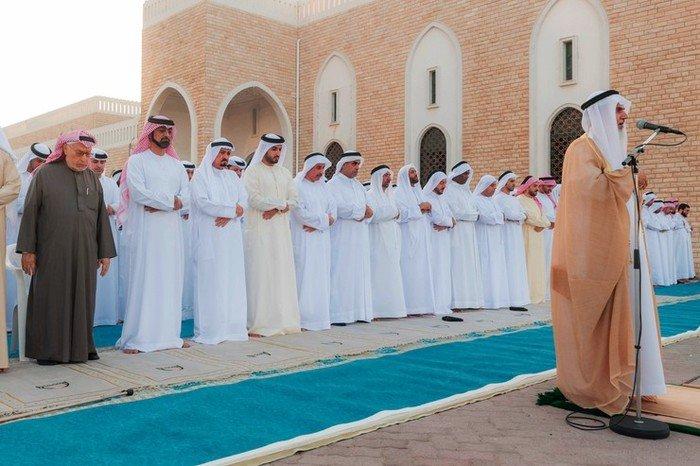 Emiratis stand for the 'rain prayer', carried out during time of extreme drought in the hope of divine relief.

Why is it Chequered and also White?

It’s believed that the ghutra has traditionally always been plain white as there are no accounts, photos or pictures to suggest otherwise. The red and white checked headdress seems to be a recent cultural innovation, although this is debated by some.

Due to the diversity of Middle Eastern countries and differences in the cultures and ethnicities of people living in the region, you will see a vast array of headdresses and clothing.

However, despite these differences, all pieces of clothing serve a practical purpose relating to the environment whilst also adhering to the Islamic religious requirements

If you are an expat relocating to the Middle East, (in particular Saudi Arabia or the UAE) then be aware that locals are very proud of their national dress.

Wearing it as a joke, or laughing as you put it on, would be perceived very negatively and damage your reputation.

Likewise, wearing stained or creased thobes or ghutras would also be perceived negatively as this would be considered disrespectful. If you choose to wear any parts of the national dress, then do so with respect and ensure it’s worn properly.

If you have an interest in the region and its culture, then you'll enjoy our free course!

Watch it below or over on the course page where you can also download free resources.