How Should I Address People in the Middle East? Are you travelling to the Arab world for business or working with Arab clients/colleagues?

Need to know what to call people and how to address them? Then this blog is exactly what you’ve been searching for!

We will not only give you tips on how to address people and what to call them but also give you some great insights into naming conventions in the Arab world.

All this info is going to help you make a great impression when meeting your Arab counterparts.

DON'T MISS THE FREE VIDEO SAMPLE OF OUR MIDDLE EAST COURSE AT THE END!

Firstly, Arab Names: So Much More Than a Name!

We can’t overemphasise how important names are to the people of the Middle East. The main reason is ancestry.

Your name identifies you in terms of your lineage, your tribe and your family and therefore your status.

On top of this, Arab names also come with meanings and connotations.

For example, many Arab names used today are those of companions of the Prophet Muhammad as well as his family.

One such example is Ali, who was the cousin of the Prophet. Abu Bakr is the name of the first Caliph of Islam.

Next to this, Arab names also have spiritual meanings, either though being used in the Quran or their literal meanings.

A common female name is Noor, which means ‘light’ and is used in the Quran to refer to a spiritual light.

So, before you even think about names, first understand that names are taken seriously.

Showing respect, deference, interest and an understanding of names is an absolute must if you want to be taken seriously in this region. 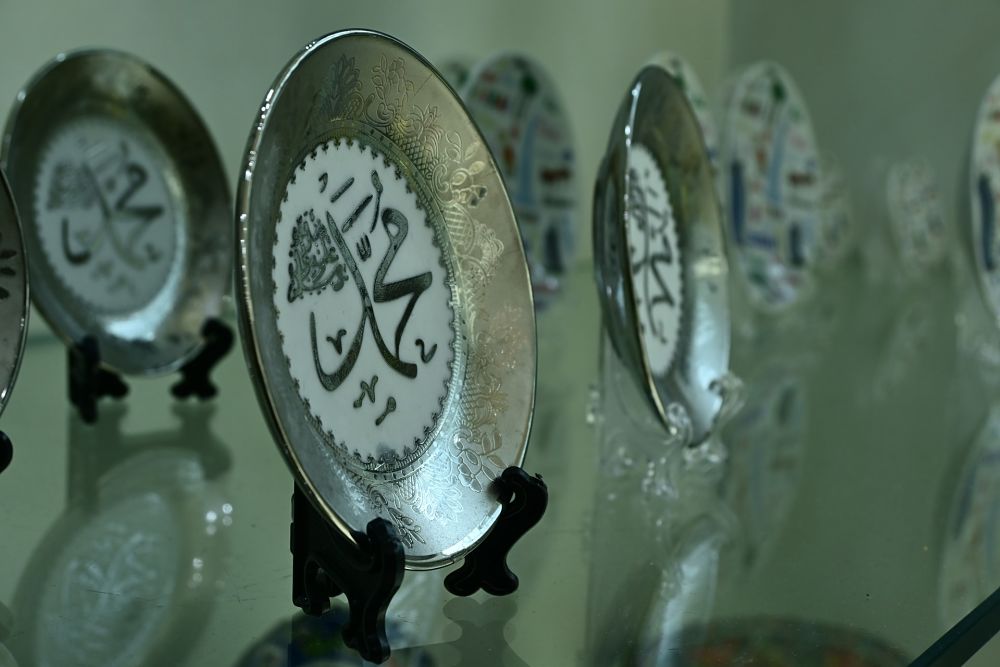 The name Muhammad (above in Arabic) can be seen everywhere across the Middle East.

In mosques, taxis and offices as well as on plates, religious items and jewellery.

Note, you will rarely see pictures or images - thus making the form of the name so important.

Photo by Abdul Muizz on Unsplash

OK, So How Do Arab Names Work?

This form of the name is still commonly used by Gulf Arabs perhaps due to their closer ties to tribal identity.

Let’s look at an example and take the name of the former ruler of Kuwait (in the image below meeting President Obama). 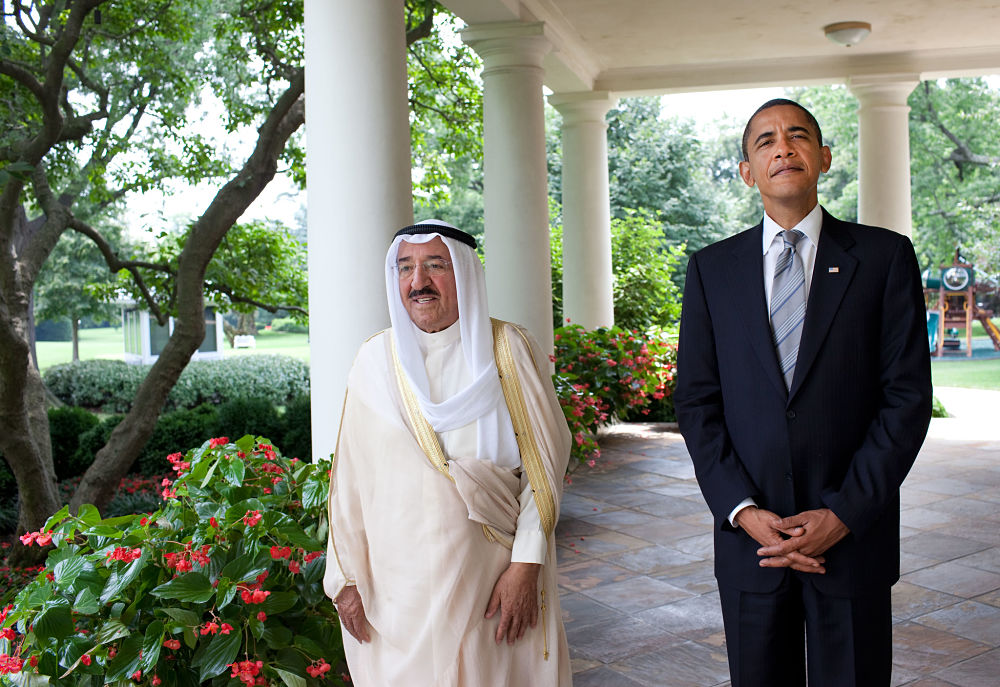 The Al-, or sometimes written El-, literally means ‘of’. So similar, to the English name Johnson which means the son of John, Al-Ahmad in this context means son-of-Ahmad.

For women, it works slightly differently.

The name of the Emir’s, also deceased, wife was Fatuwah bint Salman Al-Sabah. So, her first name was Fatuwah, her father’s was Salman and the tribe is the Al-Sabahs.

Not all Arabs use the same long formal name structure.

In the Levant (Palestine, Syria, Lebanon, Jordan) most people tend to use a shortened version of their name and surname only.

How to Address People

When addressing people for the first time as a foreigner you should address someone with Mr or Mrs and their surname.

You will usually be invited to move towards using first names quickly however it is always wise to wait for the other side to signal they are happy with this level of formality.

As a foreigner, you may find that people call you by your first name with Mr or Mrs, for example, Mrs Katie or Mr Jacob. In some cases, it is fine to also follow suit and call someone Mr Ali or Mrs Mariam.

On the whole, people are pretty good at establishing what they want to be called and vice versa quickly.

What does ‘Abu’ Mean?

Another name you may also hear people use is 'Abu' or 'Umm'.

You might for one moment hear someone referred to as Hassan and then the next as Abu Abdullah.

These are known as kunya names and signify parenthood. 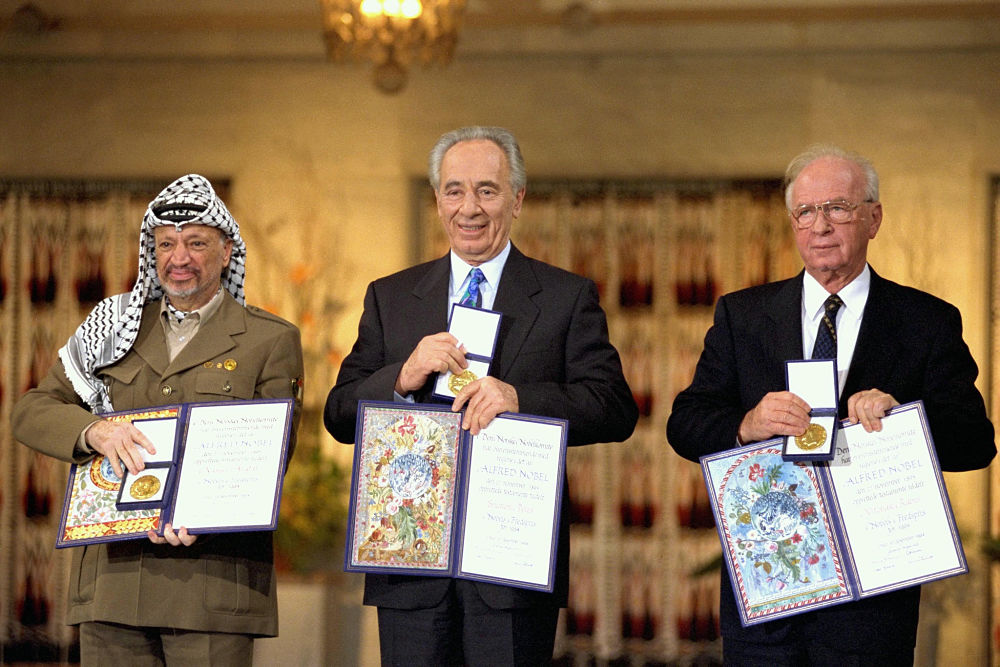 So, Yasser Arafat (far left in the image above) was also commonly known as Abu Ammar; Ammar being the name of his eldest child.

Umm Fatima would simply mean the mother of Fatima.

This is popular in the Levant but you may also come across it elsewhere.

Want to make a great impression working with Arabs?

Why not sign-up for our online course which covers everything from history to communication to etiquette to business protocol?

Watch a free sample of the course below.