Work with Iranians or doing business in Iran?

Learning about another culture is much more than learning about dos and donts; it’s about understanding their values and their mindset.

When you appreciate a particular culture’s mindset, you can then come to understand how it shapes the people within it – whether that’s their approach to decision making, the communication style or approach to business.

In this blog, we’re going to be exploring fatalism and have a look at how it impacts the people and culture of Iran.

“Do You Believe in Fate?”

Ask this question to most Iranians and the answer is almost always going to be a resounding ‘yes’, even among the less religious.

Fatalism and the belief in destiny are deeply ingrained in the Persian mindset; it’s part of the culture’s mental DNA.

One only has to look at Persian poetry or modern-day Iranian movies to see that Iranians have a deep and complex relationship with fate. It’s a theme that runs through the veins of the culture from past to present.

Even before Islam, Persian culture was heavily influenced by Zoroastrianism - a belief system that taught the destiny of all things is controlled by the creator, God. Islam was built on more than a thousand years and many generations of belief in the role of fate.

This continues today. Get involved in a deep and meaningful conversation with an Iranian and their struggles with destiny will soon become a topic of conversation.

The Bitter-Sweet Relationship with Fate

Fate occupies a bitter-sweet place in the hearts and minds of most Iranians.

It’s long been seen as a double-edged sword. It is both cruel and kind. A blessing and a curse.

One example of this is in how Iranians view their defeat to the Arabs in the 600s. It is seen as both a catastrophe but at the same time a blessing as it brought Islam to the Iranians. You see? Bitter but sweet.

This duality means Iranians tend to be very philosophical when thinking about events in their lives. They can see good in bad and vice-versa which can either translate into being very pessimistic or overly optimistic.

Although Iranians are fatalistic, they still believe they have some control over fate but ultimately acknowledge that they cannot control everything. They may believe in a much larger, cosmic picture and only see themselves as small players in a very big plan. 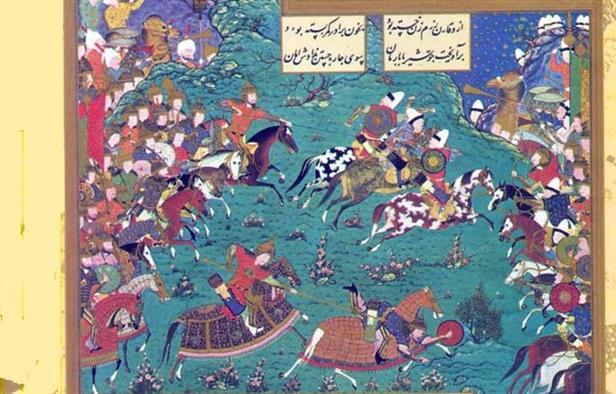 [The Battle of al-Qadisiyyah, fought in 636 between Muslim Arabs and Zoroastrian Persians. The battle is looked upon as a disaster in Persian history and is still used to whip up nationalist sentiment by Iranian politicians when necessary.]

This tendency within the Iranian mentality means that when something fails or does not go according to plan, they naturally explain this as the hand of fate.

As a result of this, Iranians are often good at dealing with uncertainty and showing creativity in ambiguous situations.

However, on the other hand, Iranians are usually unwilling to take responsibility when things go badly. It’s not their fault.
Iranians may also blame fate when they feel out of control. If there are other stakeholders involved in a project, a change in exchange rates, a natural disaster, etc. you are likely to hear Iranians describe the situation as fate.

If you are working with Iranians and something is not going according to plan, it is important to motivate by emphasising their ability to control outcomes.

Reinforcing their responsibility and re-emphasising their role in the matter helps focus their attention on creating the target outcome.

Another technique, which is common within Iran, is to try and present the situation in a new way. Try to spin it from something being negative to something positive, explaining the current situation as a step in the divine plan and encouraging patience in order to achieve their true destiny.

If you work with Iranians or are doing business in Iran, then you will find our Iran Online Cultural Awareness Course incredibly useful!

Photo by atiabii from Pexels