It's Cyber Monday! Time to get your website translated and capture the Christmas shopping sprees! However, just because it is December it doesn't mean the only holiday that is held this time of the year is Xmas. Some countries traditionally have other fantastic celebrations which are not widely known, but still deserve online retailers' attention.

Let’s start at the beginning of December. In the Netherlands and Belgium, this is the time when Sinterklaas, St. Nicholas, has his holiday. This bearded man, who more or less resembles Santa Claus, arrives by boat from Spain in mid-November. Up until the actual holiday, he and his helpers enter Dutch houses at night to put little presents in children’s shoes. To ensure St. Nicholas knows they are there, the children sing songs to him before they go to bed. His birthday is celebrated at the 5th of December in the Netherlands and on the 6th in Belgium, on which children receive bigger presents. Naughty children, beware, because if you haven’t been nice, St. Nicholas will take you back to Spain!

In Jewish culture, there also is a holiday in December: Hannukah, or the Festival of Lights. This holiday spans eight days and as it follows the Jewish calendar, it can take place anywhere from late November until late December. The holiday commemorates the rededication of the Holy Temple in Jerusalem. During every day of the holiday, one more candle is lighted in a special Hannukah candelabrum called the menorah until they are all alight. This is done to remind passersby of the miracle that preceded the holiday. During the lighting ceremonies, prayers are made and song are sung as well. The food that is associated with Hannukah is often fried in oil to remind the people of the flask of oil that lighted the Temple for eight days. 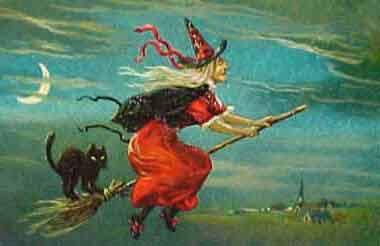 In Italy, Christmas celebrations focus on the birth of Jesus instead of  Santa Claus. This is why most children receive their gifts a little after the holiday season; on the 6th of January, the good witch La Befana visits their houses and leave presents there. The legends that are told about La Befana can vary, but she is always connected to the baby Jesus. According to the myth, the witch will hit you on the head with a broom if you see her. Parents probably have come up with this to ensure children will stay in bed when they are taking out the presents for the children. However, if the child has been naughty in the past year, he or she can also expect to find a lump of ‘coal,’ a piece of black rock candy, alongside his or her presents.

In Spain, children also receive gifts on the 6th of January; however, these aren’t distributed by La Befana, but by the three wise king. These three wise men arrived at Jesus’ manger on this very day and came bearing gifts. It thus makes sense to let the kids share in the fun! There are even parades in which the three kings arrive in cities on their camels. If the city is located on the coast, the jolly men will even come by boat. Next to the presents, tradition also requires a rosca de reyes, a cake which holds two surprises; a small figurine of Jesus or another religious figure, and a faba bean. Whoever finds the figurine is crowned king or queen of the day, while the person who finds the bean has to pay for the rosca the next year. Even though the practice of gift-giving on the 6th of January is still widespread, some parents now choose to give their children their presents at Christmas so they can play with them during the holiday season.

Any December holidays from your country we have missed? Let us know via email, Facebook or Twitter.