What are the Most Common Culture Shocks for Foreigners in the Middle East? Providing relocation training for expats moving to the Middle East means that we get to hear a great deal about people’s experiences in their new home country.

Although moving to the Middle East can be an incredibly positive experience, it goes without saying that adapting to new cultures and ways of doing things can be a challenge.

When working with expats relocating to the Middle East, there are some common cultural adjustments that people have to make.

Let’s look at some of the key ones based on some examples given to use by expatriates who have moved to the Middle East.

6 Common Culture Shocks for Foreigners in the Middle East

Expats moving to more religious countries in the Middle East are often surprised by the deeply entrenched prescriptive clothing cultures.

Although most expats expect to see women wearing long loose gowns over their clothing and headscarves in certain Middle Eastern countries, they are often taken by surprise when they realise the extent to which men might also adhere to a clothing standard.

Andrew Long, an expat moving to Saudi Arabia, expressed his surprise that Saudis wear the same outfit daily when in the workplace. This includes a long white ‘thobes’ (ankle-length white shirts) and a traditional headdress known as a ‘gutra’ which is made up of a squared cloth folded into a triangular shape and held in place using a thin black cord, known as the ‘igal’.

Not only was Andrew surprised by the deeply entrenched nature of the Saudi male dressing culture, but he was equally surprised that the men never seemed to remove their gutra in public.

In his feedback, he mentioned that daily contact with his Saudi colleagues during his time in Saudi Arabia had a great effect on him and he took to ensuring his clothing was always modest and respectful.

He told a member of our training team, that rather than wear the short-sleeved shirts he’d packed, he began wearing long sleeved shirts with the buttons done up to the neck. He also replaced the knee length shorts he’d packed for social wear with full length, loose fitting trousers.

Many expats are also surprised by the culture of gender segregation practiced in many Middle Eastern countries.

Workplaces, restaurants, transport and even social events in many Middle Eastern countries might well see men and women segregated.

Although a shock at first, many female expats have stated that they found segregation a great way of getting to know local females in a more relaxed environment.

Take, for example, the experience of Joanne White, who moved from the UK to complete an assignment in Sharjah, UAE. Her first experience of gender segregation happened when she was invited to the wedding of one of her colleagues.

Watching people arrive in the female celebrations, she said the transformation of women removing their abayas (long cloaks worn over the top of clothing) and niqabs (face veils) was quite incredible.

Underneath the abayas, the women wore incredibly fashionable and also fairly revealing clothing. Using one of her colleagues as an interpreter, she found that she had a great time getting to know people – something that might have been more difficult in mixed gender company. 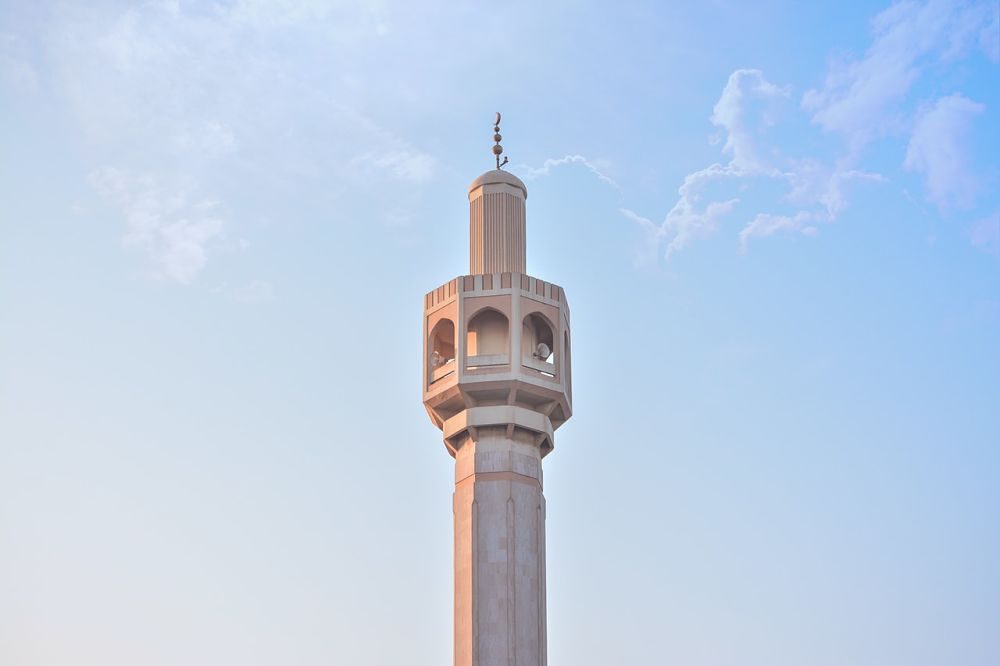 Minarets across the region blast out the call to prayer from speakers. Photo by Dipin Das on Pexels.

Being woken up by the loudspeakers of a mosque just before dawn by the call to prayer draws mixed reactions from expats.

Some love ‘feeling’ the culture by hearing the call to prayer whilst others have said it was one of the frustrating aspects of living in the Middle East.

One couple found their repeated early wake-up call so irritating that they moved to a property with no local mosque.

Unfortunately, race plays a role in many countries in the Middle East.

As an example, expats moving to Saudi Arabia or the UAE, have described a noticeable racial hierarchy based on ethnicity.

An Indian expat described seeing, what he believed to be, the preferential treatment given to whites when arriving at the airport. He felt that South Asian non-muslims, Bangladeshis, Pakistanis and Africans were probably the worst treated whilst white Western expats were the best-treated foreigners (with Emiratis being the most important).

Summertime is unbearable in many parts of the Middle East which causes a degree of culture shock for expats from cooler climates.

Many expats talk about the frustration of having to stay indoors all day until early evening – particularly those with children.

Individuals who enjoy ‘outdoor living’ are usually the hardest hit. Adjusting one’s routine to the heat and movement of the sun can take a great deal of getting used to.

Ramadan also takes a great deal of getting used to relocating expats.

Although some parts of the Middle East are more relaxed about foreigners eating during Ramadan fasting hours, countries such as Oman, Saudi Arabia, the UAE, Syria and Iraq can be far stricter.

Nicola Whiting arrived in Oman a few days before Ramadan, and, with no cultural training, she was completely unprepared for her first month in the country. She said that it was almost impossible to find somewhere to eat during the day and that, when she did, she had to eat her food behind a curtain so that she was invisible to fasting Muslims.

Cultural Training on the Middle East

The examples we’ve given are just some of the many examples of cultural differences and the adjustments that expats need to make.

Preparation is therefore essential to ensure you’re not taken by surprise!

If you want to prepare for your move to the Middle East, or, for business meetings in the Middle East then click here to preview our Middle Eastern online cultural training course.

You can watch it here or over on the course page where you can also access free downloads.

Photo by Pixabay on Pexels