What Behaviours are Bad Manners in British Culture? Overall, British society tends to be quite relaxed about most things.

However, with a certain way of doing things and an emphasis on manners, Brits can become quite irritated with people who fall short of expectations.

Whether you're visiting the UK for work or for pleasure, it's a good idea to understand a little about the culture, particulary what behaviours are considered rude, impolite, taboo or a cultural faux pas.

As with any culture, there are lots of nuanced manners to be aware of, however for foreigners looking for some of the more important points, this blog looks at 8 particular behaviours seen as bad manners by the British.

8 Cultural Faux Pas for the British

Queuing is taken VERY seriously in British culture. You will find that Brits queue for everything from getting on a bus to buying tickets for the Wimbledon tennis tournament.

Even in situations where there may be no actual physical queue, people who are waiting for something will all mentally register who should be served first, second and so on.

Pushing in front of people or to the front of a queue is a serious taboo in British culture, but if you’re brave enough to do so, then be aware that most people in the queue will make their upset with you known. 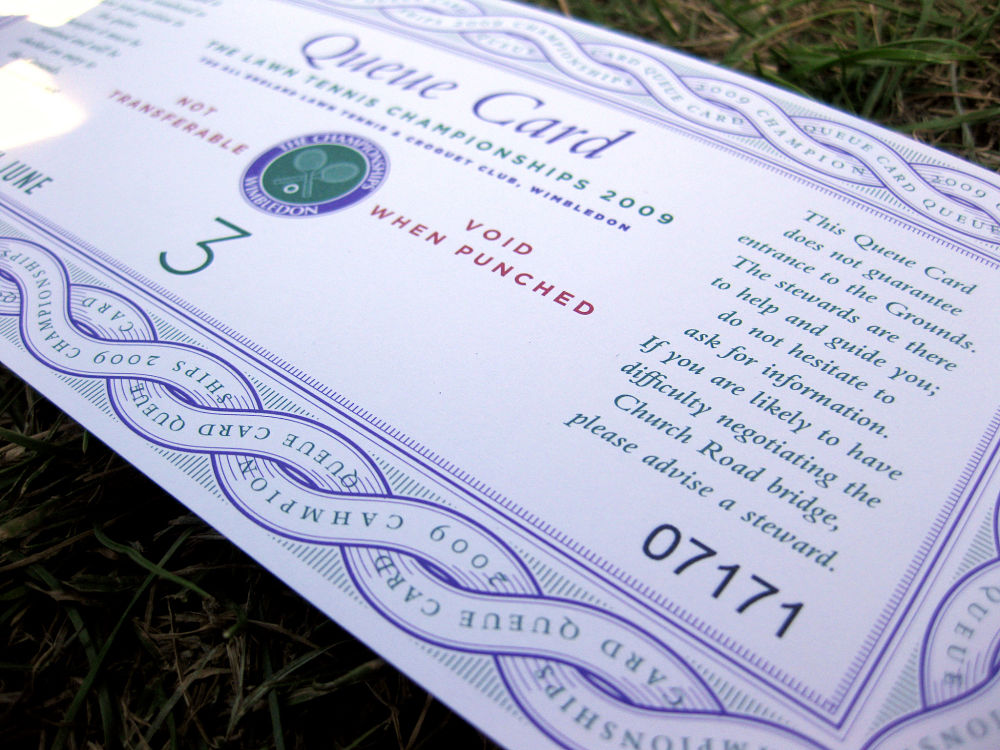 The queue at Wimbledon for the annual tennis competition is now a firm part of the tradition. You even get a card to enter the queue!

Brits like their personal space so don’t get too close to people when speaking with them. We suggest that you leave at least an arms distance and never get too intimate as touch is only between friends and family.

If you’re from a tactile culture, where people share a kiss as a greeting formality, then don’t be surprised if the British subject of your kiss pulls away from you in barely surpressed horror.

Invading a Brit’s space isn’t only limited to physical contact. Brits are also likely to consider someone as invading their space if they speak too loudly on their mobile phone, or, laugh and talk too loudly with friends.

On trains in the UK it is common to find "Quiet Zones" in which people are not allowed to use phones or make noise deemed to impede on others' personal space.

If you’re from a culture where people exchange personal information with people they don’t know very well, then be aware that this is not the case in British culture.

The British psyche is somewhat suspicious of questions relating to subjects such as their wealth, family situation, education, religion or politics. It’s possible you might even get a, ‘why do you want to know?’ response if you ask a stranger their name.

It’s equally important that you avoid commenting on personal matters such as someone’s weight, appearance, sexual preference, the size of their house or why, for example, someone isn’t married or doesn’t have children. 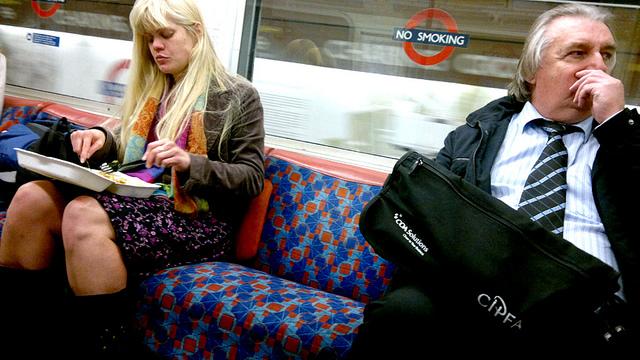 Personal space is a big thing in British culture. People always try to leave distance between themselves and strangers. An extension of this cultural preference is the growing sentiment in British culture against being allowed to eat on public transport. Enforcing the sounds and smells of your food upon others is seen as rude by many.

British people are sticklers for dinner table manners. When you are eating you should keep your elbows off the table, hold your cutlery appropriately and keep your mouth closed while chewing.

Eating noisily is a big no-no. Most importantly, do not, under any circumstances, burp at the dinner table. This would be an exceptional cultural faux pas.

If you are going through a doorway and there is someone behind you, then make sure you hold the door open for them.

Letting it slam in their face is a complete no-no. If they are only a short distance behind, and if it’s clear they will also be moving through the doorway, then earn yourself points by waiting a little so that you can hold the door for them.

If you socialise with your Britislh counterparts in the pub, then be aware that there is a system for buying drinks called “buying a round”. Everyone within a group is expected at some point to go and buy everyone else a round of drinks; by the end of the get together everyone would have spent and drunk the same, therefore being fair.

Similarly, you will also find that when people eat out at restaurants, they either split the bill or pay for what they ordered. It’s very rare that someone would offer to pay the bill on behalf of all the other diners.

Brits love to apologise – even if they haven’t done anything wrong. If, for example, you bump into someone British, then they are likely to apologise to you – despite the fact that you did the bumping.

This love of apologising also extends to apologising to someone when making a request. If a Brit feels that they may be putting someone out by asking for something, then they will frame their request with an apology. For example, if they stop someone to ask for directions, then they might say, “I’m so sorry to ask, but I’m lost. Can you tell me where X Street is?”. Or, if they are buying something cheap in a shop and have paper money rather than coins, they might apologise to the shop keeper before handing over their money.

Be prepared therefore, to apologise if someone bumps into you or if you are making a request of someone and feel that it might put them out.

So, as this British saying shows, manners are important in British culture.

If you’re visiting the UK, then take the time to understand behaviours which are considered rude and those which will earn you Brownie points.

Take a Course on British Culture

If you would like to learn more about British culture, and specifically UK business culture, then why not sign-up to our UK Cultural Awareness e-Learning Course?

Here's a look at what's inside! See below for sample.