Foreigners working in Thailand can misunderstand the local culture in many ways.

Thais tend to be judged against values and standards that are alien to them which leads to their behaviours and actions being seen incorrectly.

One such example is the stereotype, especially among Westerners, that Thais are lazy.

Their laid-back attitude and seeming disregard for time, convince many that the Thai people are just disposed to being ‘lazy’ and can’t meet the same high standards of ‘back home’, whether that be Australia, the US or the UK.

However, this is more of a case of not really understanding the Thai culture. One that leads to people making some very poor decisions when it comes to working with Thais.

DON'T MISS THE FREE SAMPLE OF OUR ELEARNING COURSE ON THAILAND AT THE END!

If you want to understand why Thais approach life is a very different way, you need to know what values inform and shape the culture.

One such value is that of Sabai.

This can be translated as “relaxed“ or “comfortable“ as well “(physical) wellness“, “tranquillity“, “happiness“, “contentment” and “inner peace”.

Anyone who’s been to Thailand may have learnt or heard the phrase, “sabai sabai”, meaning that everything is cool.

Being in a state of Sabai is a good thing because it means happiness, stability and security.

This is why, especially to Westerners, Thais seem so slow. Western culture emphasises being busy and taking advantage of every moment in order to be productive and happy.

In the West, many like to talk about being “so busy” in a positive light. It means you’re doing something right or that you’re important. Being rushed, stressed and manic is normal for many people. Sitting around is seen as “a waste of time”.

In Thailand, it’s not like this because the values are different. In Thai culture being able to say, “I’m all done and I’m chillin’!” is considered the goal, not to rush around after things.

Foreigners make the mistake of confusing someone hanging in a hammock with someone who ignores their duties or responsibilities.

This is far from the case. In Thai culture, you absolutely have to do your job and fulfil your obligations, but once you do, it’s time to kick back and relax, not worry about the next task or looking busy. 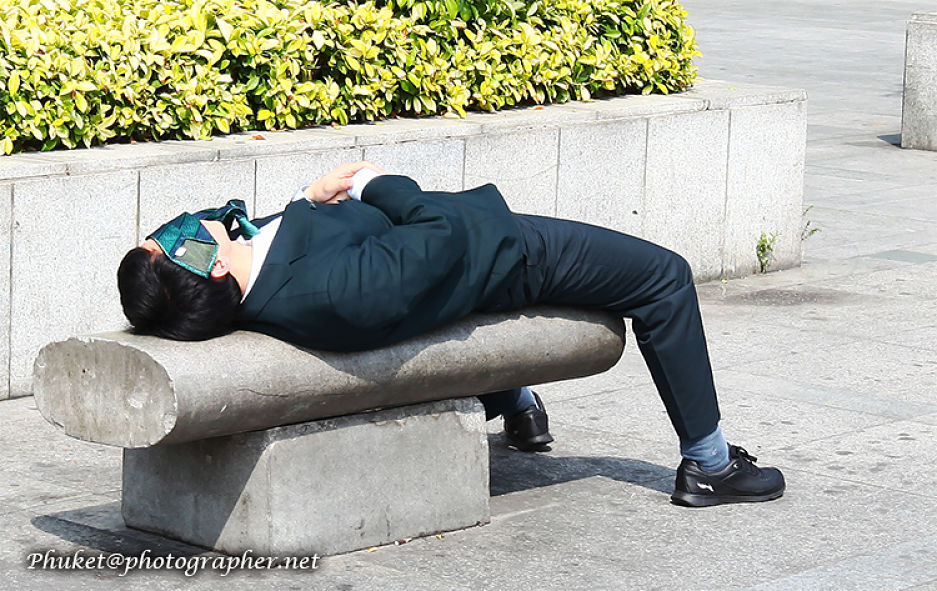 A Thai businessman catches 40 winks after his lunch. [Source]

This value manifests in the Thai work and business culture in many ways.

Why? Because sabai is the optimum state of being, so why would you want to rush around looking flustered and out of control?

To hurry and stress overwork is simply not considered a good sign. It shows you’ve lost balance and are out of control. Do you see the difference?

Another mistake is in seeing the afternoon nap culture in Thailand as further proof of a lack of work ethic.

In fact, it’s the exact opposite!

Many Thais work really long hours 7-days a week, even sometimes holding multiple jobs, which means they lead quite tiring lives. The weather adds to this as people stay up late to remain cool and try to hide away during the midday heat.

Catching a nap is how they cope with their hard work ethic, not a sign of a lack of it.

The best way of avoiding making poor judgements when it comes to working with Thais or in Thailand is to learn more about the culture.

With a better understanding of the people’s values and expectations, you are much better equipped to manage cultural differences positively.

If you would like professional insights, then consider our online Thailand cultural awareness course.