Place Name Disputes Everyone in Global Business Should Know About President Trump’s recent speech outlining his stance on the Iran nuclear-deal has caused outrage among Iranians, not for his position on the deal and potential new sanctions, but for his knowledge of geography.

When referring to his decision to withdraw presidential certification for the Iranian-deal, Trump stated that Iran’s regime “harasses American ships and threatens freedom of navigation in the Arabian Gulf and in the Red Sea.”

'Arabian Gulf'? 'Where is that?' many asked.

Now some of you may be raising your eyebrows, thinking, “what’s the big deal?”; others will be aware of the deep cultural, religious, political, social, economic and historical roots behind the controversial use of ‘Arabian Gulf’. This is a name dispute that goes back generations.

But before we get into the nitty gritty of Iranian’s disbelief, Trump’s use of words has raised some great questions, namely…

The body of water that sits between Japan and Korea, and some of Russia, is the subject of an ongoing name dispute. 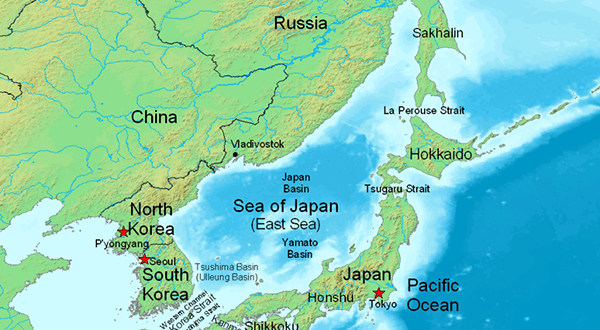 [Both sides of the water make their claims to the name.]

In 1992, both North and South Korea raised objections to the use of Sea of Japan at the Sixth United Nations Conference on the Standardization of Geographical Names. There has also been an international campaign led and financed by the Koreans to have the name changed by many international websites and organisations.

The International Hydrographic Organization, the international governing body for the naming of bodies of water around the world, in 2012 decided not to change the current single name "Sea of Japan" rejecting South Korea's request to use "East Sea" together with "Sea of Japan".

What to do? Well use the correct term for the correct audience and if you have to produce something with a name, then it’s worth pointing out that most international maps and documents use the name Sea of Japan exclusively, although some, such as Google Maps, might include (East Sea) as well.

Now this one is a bit tricky so we will do our best.

After the breakup of up Yugoslavia, a part of the country broke away and called itself Macedonia, or to be formal, at that time the Socialist Republic of Macedonia. The people began to use ‘Macedonian’ to describe themselves within the context of the break-up of the Slavic nations that used to make up Yugoslavia. 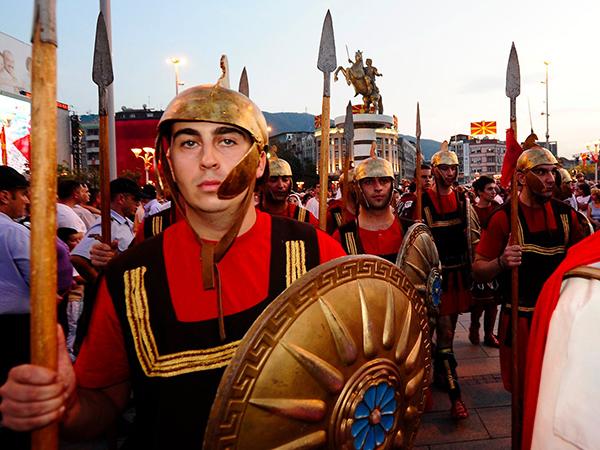 [Greeks accuse Macedonians of adopting Alexander the Great as their own.]

The use of ‘Macedonia’ upsets the Greeks. This is because Macedonia is the name of a part of northern Greece, where the people are called Macedonian.

Do you see what we mean by tricky? Anyway, back to it…

So, Greeks refer to Macedonia as theirs, citing historical and territorial ties to the name through the Greek region of Macedonia and the ancient Greek kingdom of Macedon which falls mostly within Greek Macedonia. Millions of ethnic Greeks lso identify as Macedonians, not feeling in any way connected to the Slavic people who now associate themselves with the Republic of Macedonia.

Greeks also accuse Macedonia of cultural appropriation through taking Greek symbols and figures such as the Vergina Sun and Alexander the Great.

The name dispute goes back years and got ugly. In the end, in 1995, the two sides decided to sit down and try to work things out around a table. They are still talking although there is breaking news that Macedonia now wants to bring this to an end.

What to do? Until they find a solution, the agreement is that "the former Yugoslav Republic of Macedonia" (unofficially abbreviated as FYROM) is to be used by international organisations and states which do not recognise translations of the constitutional name Republic of Macedonia.

The Falkland Islands is a British overseas territory located  off the coast of Argentina. It was the cause and scene of a full out war between the two countries.

The islands had been under the control of the French, British, Spanish and Argentines before Britain asserted its dominance in 1833. Argentina maintains its claim to the islands to this day. 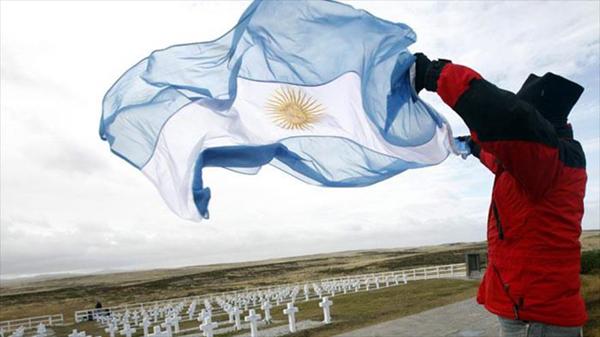 [A mourner visits Argentina's war dead at a cemetary for those who fought in the the war with the UK.]

In April 1982, Argentine forces occupied the islands in a bid for force out British administration. The British government, under the claim of sovereignty and protection of British subjects, sent in troops which restored control after two months.

To this day, the war remains a bitter memory for Argentines. Visit Buenos Aires or any town in Argentina today and you still see tributes to the martyrs of the war and assertions of ownership over Islas Malvinas.

The name Falkland Islands is rejected by Argentina and her supporters.

What to do? Avoid calling them the Falklands or Falkland Islands when in Argentina.

Another naming dispute courtesy of the British Empire, is that over the names of the city and county of Derry or Londonderry in Northern Ireland.

The dispute essentially comes down to politics, religion and identity in the aftermath of the British carving up of Ireland. Within Northern Ireland two main communities emerged based around political affiliation and religion. The Nationalists were anti-colonialists who wanted an independent Ireland. Unionists wanted to stay as part of Britain. 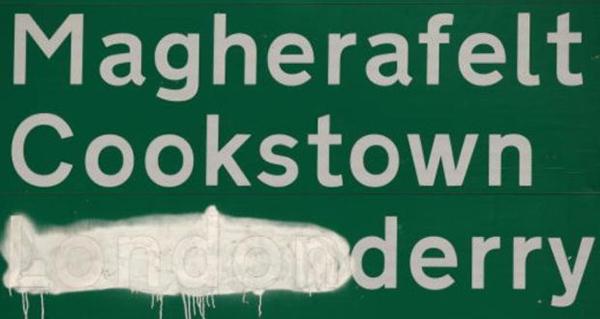 This is the context in which this name dispute takes place, with Nationalists generally using the name Derry and Unionists using Londonderry. You can see why London is so contentious to both sides.

What to do? Well, legally, the city and county are called "Londonderry", while the local government district containing the city is called "Derry and Strabane". However, if you’re in the country itself, see what the people you are with call it and follow suit.

This group of uninhabited islands has been the subject of a continuing name dispute between Japan, China and Taiwan for decades. 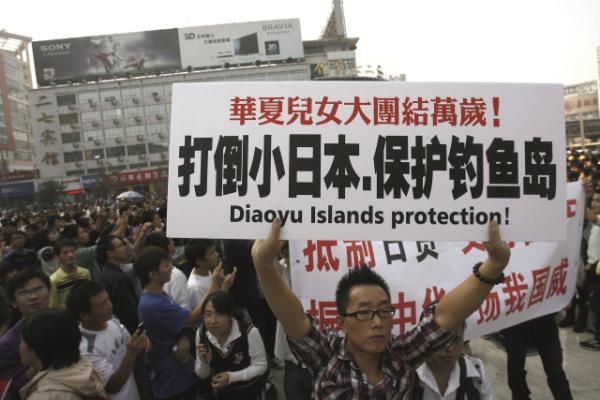 [Chinese protestors in 2010 reacting to fresh Japanese claims over the islands.]

According the most sources, apart from a small stay by the Americans between 1945 and 1972, the archipelago has been controlled by Japan since 1895. China started to raise questions over sovereignty in the late 70s, some say once oil reserves were found by the Japanese.

As well as the oil, the islands also offer access to shipping lanes and rich fishing which both Japan and China compete for.

In 2012, the Japanese government purchased three of the disputed islands which led to large-scale protests in China. On 23 November 2013, the China set up the "East China Sea Air Defense Identification Zone" which includes the Senkaku Islands, and announced that it would require all aircraft to identify themselves to the Chinese authorities, causing outrage in Japan.

What to do? Hopefully you should never have a need to refer to these islands! But it’s always good to know!

Now we come back to where we started and President Trump.

In short, this naming dispute comes down to Iranians asserting that the body of water between them the Arab Gulf States is called The Persian Gulf, whereas Gulf Arabs have tried to change its name to the Arabian Gulf.

Trump’s use of “Arabian Gulf” (whether he knew it or not ) clearly sent a message to the Arab political elite that he was on their side and that Iran was the bad guy. Iran reeled, Arabs applauded, reigniting a cultural tension between the two that goes back centuries. 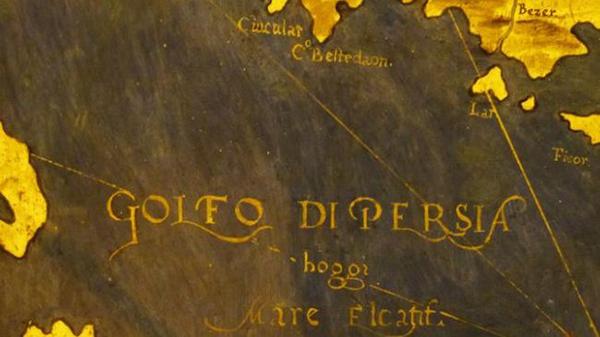 Pretty much on all internationally recognised maps before 1960, and on almost every modern international treaties, documents and papers, the body of water has been known as the "Persian Gulf". This undoubtedly was the case due to the control of that region by the Persian Empire for 1000s of years, leading to it being known as such.

Persian Gulf was and is the accepted name internationally. Even in official letters between Arab heads of states pre-dating the 60s, the name used in Arabic translated as "Persian Gulf".

What happened after the 60s? Arab nationalism. As a means of dealing with newly found independence, asserting their identity and claiming cultural ownership of the geography around them, some Arab countries, including the ones bordering the Persian Gulf, adopted widespread use of the term al-Khalīj al-ʻArabī - the Arab Gulf or Arabian Gulf.

The name dispute continues to this day with Arab states seeking to use the change in name as a means of wrestling political, cultural and linguistic control over the body of water.

What to do? When in Iran always use Persian Gulf. When in Arab states you can refer to it as simply The Gulf or if you want to use the incorrect name, then by all means use, ‘Arabian Gulf’.

Now, these are just 6 examples of modern day name disputes we thought were the most interesting and relevant. There are many more.

Using ‘Kurdistan’ in Turkey, for example, is a serious no-no due to its association with a bloody civil war or referring to Mumbai as Bombay will bound to get backs up in India.

Perhaps the trickiest of them all, is of the name disputes that emanate from the Palestine and Israel conflict. A situation far too complicated to deal with in a short blog, it has been purposefully left alone. However, for those working in the region it is vital to study the politics of language and names as naivety can lead to serious consequences.

The most important lesson for all is that when you are working in a different part of the world, it always pays to be aware of political and cultural issues. Blaming ignorance is poor.

Got any name disputes you think we should add? Let us know and we would be delighted to share.