Gary Lineker is facing criticism for his live comments on Al Jazeera that were seen to be offensive to Muslims.

You can hear what he said in the video below.

The video shows Gary Lineker commentating for Al-Jazeera on a recent Champions League match in which two players celebrated a goal by prostrating in the Islamic prayer position;

“A terrific effort from Karim Ait-Fana, who scored from just outside the area and then ate grass...as you do” were the ex-England striker’s words.

Lineker was a childhood hero of mine so I am not going to be jumping down his throat. In fact, he has apologised and openly admitted he had no idea of the religious reasons behind the actions.

So it’s enough to say that Lineker made a mistake, realises it and hopefully will not repeat it.

However, it is a useful case study of cultural awareness [or lack of it] in the modern media.

Lineker’s comments could easily have ended up in backlash had the wrong voices in the media got hold of it and pushed the story with the wrong intentions.

Why do Muslim Footballers Prostrate When Scoring a Goal?

In response to the story I thought it would be useful to actually give some facts about why footballers prostrate in this manner on the football field.

Fans of The Premier League over the past few years would have noticed more Muslim players doing this. Denver Ba, who played for Newcastle, was one of the first to start doing this on the field.

More recently at Liverpool, Mo Salah and Sadio Mane, have been prostrating frequently at either end of Anfield! 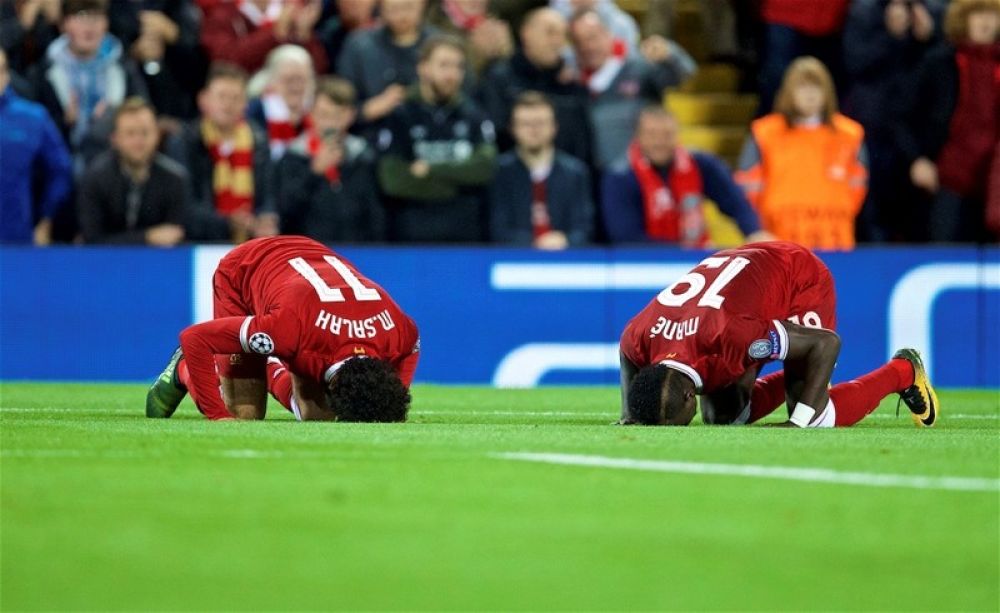 The prostration is known in Arabic as the “sajdah al-shukr” (prostration of thanks).

This is performed by Muslims when they feel thankful to God for something that has happened to them – in the case of footballers, scoring a goal.

Those who watched The London Olympics will recall Mo Farah performing the exact same action (below) upon becoming Champion in both his events.

In short, the prostration is to simply recognise God’s hand in a success and to thank Him. It’s a personal expression of gratitude and should be respected as such. So don’t make the same mistake as Lineker did!

We've included a link to an Islamic site, which gives you more information on this prostration.