How different are North and South Korean Cultures? I recently heard someone of North Korean origin say that you cannot refer to someone as simply 'Korean'.

From a Korean’s perspective, there’s no such thing as ‘Korean,’ as people originating from Korea identify as either South or North Korean.

Although this statement is open to challenge, it got me thinking about the vast differences for those growing up and living in North or South Korea and the impact that this has on cultural differences.

From a personal sentiment, it seems an extremely strong statement to make.

With this in mind, just how different are the cultures across the North / South divide?

The political events forcing Koreans to live in either the North or South of the country were not only brutal but destroyed the previous cultural and linguistic homogeny of a people that were previously part of a single empire and living as family members, friends, neighbours or colleagues.

The impenetrable physical barrier that continues to separate Koreans has also resulted in deeply embedded cultural differences, which some Koreans would argue, now make them strangers amongst each other.

Almost seven decades of enforced separation and the entrapment of North Koreans in a political situation that demands unwavering loyalty to the ‘Supreme Leader’ (Kim Jung Un) has created significant differences between the two sides.

Whilst South Korea progressed from being an undeveloped country to the fourth strongest economy in Asia and thirteenth-largest in the world, North Korea continued to struggle.

Famine wiped out an estimated 3.5 million people in North Korea between 1994 and 1997 and North Korean citizens were advised only last week that famine could again happen due to continued economic difficulties.

So, what impact has the last 70 years had on the lives and culture of Koreans?

North Koreans live in a highly authoritarian country. Questioning the system can land you in deep trouble.  Individuals have to accept authority and learn not to question it.  Individuals are likely to feel less control over their lives as a result.

In South Korea, individuals live in a democratic constitutional republic.  People can protest and lobby without fear. They expect to be listened to and have their views heard.  They are thus more likely to feel greater control over their lives and environment.

Hierarchy is extreme in North Korea due to the presence of the Songbun Caste System which has three primary categories and 51 gradations starting with the Supreme Leader and his family at the top and filtering down to the ‘criminal’ class at the bottom.

If an individual’s family fought against the Japanese, or, were peasants at the time of the Korean War, then one is ‘loyal’ the most esteemed level in the system; resulting in better food, better living conditions, the right to travel and to receive a university education.  The lowest rank – that of the ‘hostiles’ denotes those who have descended from family members who worked on behalf of the Japanese administration during colonialization, who fought on the ‘wrong’ side, or who tried to defect.  A ‘hostile’ has no right to university education, no right to travel and works in the most menial jobs with less food and poorer living standards.

Unless you occupy one of the esteemed ranks, individuals are less likely to make decisions, more likely to blindly follow instructions and less likely to show initiative.

Hierarchy exists in South Korea and great respect is shown to elders and those of a higher organisational position.  However, hierarchy goes hand in hand with meritocracy enabling individuals through study and development to progress through organisational hierarchical positions.

Although deeply respectful of their place in the hierarchy, South Koreans are more likely to question and show initiative. 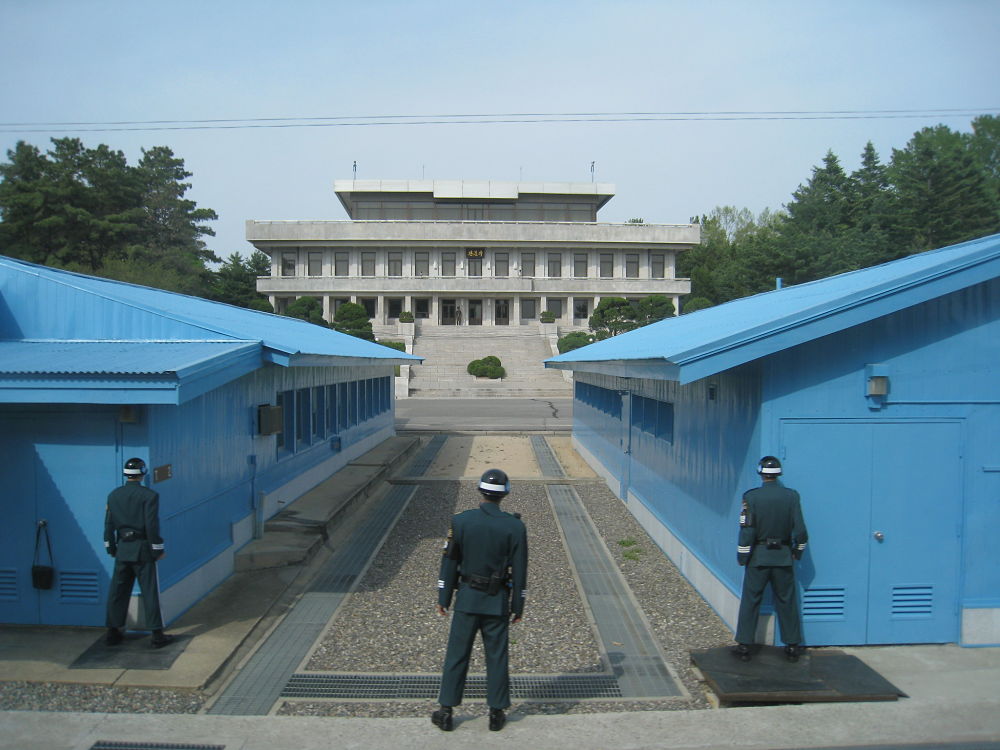 The practice of ‘Life Purification’ means that North Koreans are typically very direct. Starting in elementary school, children are required to stand up in class and denounce themselves and a classmate (progressing to colleagues once in the workplace). This practice means that North Koreans typically grow up without the inhibitions of saying something to another which is direct and sometimes confrontational.

South Koreans are culturally very indirect.  Rather than say something which they believe may hurt you or upset you to your face, they instead hope that you will lead between the lines.  This level of indirectness can even manifest itself in an organisation not sending out rejection letters to interviewees for fear of causing upset.

North Korea has a strict sense of the collective.  Based on nominative Communist foundations, actions and endeavours are all about progressing the needs of North Korea as a whole.  Individualism can also invite punitive measures.  As a communist country, it is not encouraged to demonstrate behaviours that denote capitalism.  Even the innocent wearing of clothing not worn by others (such as brightly coloured clothing) can invite criticism.

South Koreans also have a strong sense of team and the collective.  However, unlike their North Korean counterparts, individuality is entirely permissible in the way, for example, one dresses, designs their new home, decorates their new home, creates a new business. 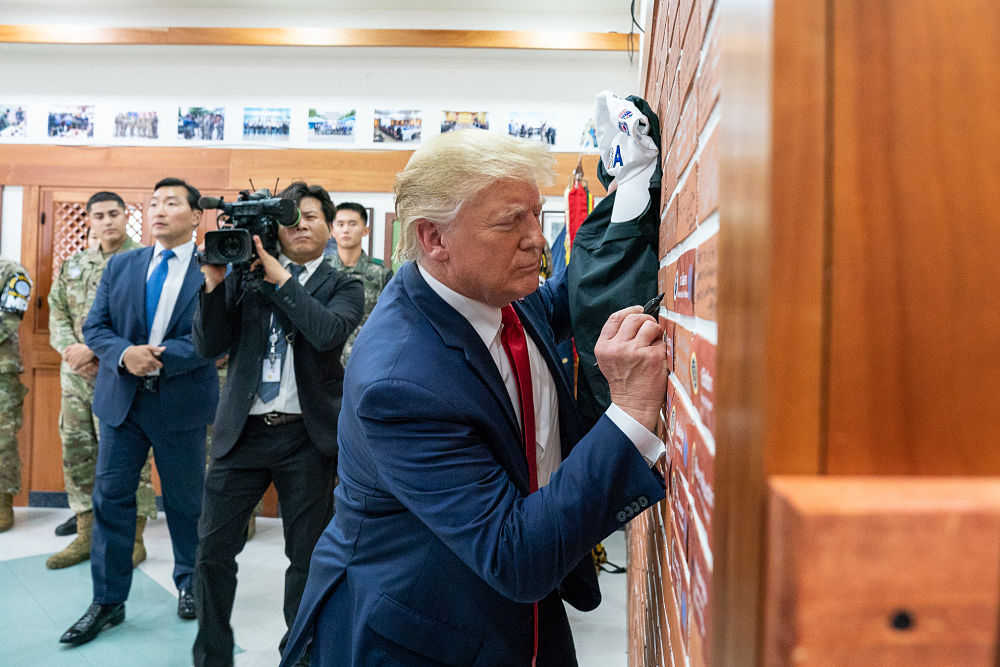 Donald J. Trump signs a brick wall of celebrated visitor’s autographs during his visit to military personnel at the Korean Demilitarized Zone Sunday, June 30, 2019, between North and South Korea.

The divergence of culture has resulted in an almost total change in language.  Although grammar remains the same, scholars believe that almost a third of words are now different.  Unfortunately for North Korean defectors trying to pass through other countries (such as China) for asylum purposes, language makes them easily identifiable.

For those who do successfully achieve asylum, it is estimated that it takes almost two years for them to learn the dialect spoken amongst South Koreans. South Koreans generally perceive the North Korean dialect as ‘purer’ – as the language has not changed through the years.

Traditional dishes are still important to south Korea but US, Italian, Chinese and other international dishes have made South Korean dishes more diverse.

It’s not uncommon to see North Koreans wearing traditional clothing – for example, women may wear the ‘Hanbok’ dress on a daily basis. Jeans are a big ‘no’ in North Korea.    Traditional dress is usually reserved for special occasions such as weddings or parties.

These differences are the result of war and power games and, as such, it makes for a rather dismal analysis.  Reunification may happen in our lifetimes but the likelihood is slim. As such, these differences will only grow and become more pronounced.

To learn more about South Korean culture and to boost your success when working in South Korea, contact us to discuss our Cultural Training Webinars.

Developed by country and culture experts, our cultural training webinars are a fantastic way to explore your business-specific needs with an expert consultant.