A Case Study in Japanese Business Culture and Humour

May 21 Posted by Culture Vulture in Doing Business Abroad Business case studies are a great way of learning.

If you want to learn more about Japanese business culture and practices, then this case study will give you some great insights.

We are going to share a story, based on real-life events.

It specifically looks at topics such as humour, hierarchy and face in Japanese culture.

If you work in a multicultural or international team, then the case study is also very relevant in terms of teamwork, collaboration and communication.

At the end of the page, you’ll find a link to a FREE SAMPLE of our ELEARNING COURSE on JAPANESE BUSINESS CULTURE.

A Case Study: How Joking with the Japanese Went Very Wrong

Humour does not usually translate very well across cultures.

As you’ll discover in this case study, we always need to be very careful about not assuming everyone we work with approaches humour in the same way.

There are huge cultural differences as we'll discover.

Tabatha is a manager working for a Japanese company but in a multicultural team with colleagues from the USA, UK, Japan and Canada. She is embarking on a challenging project with a mix of colleagues from across the different international offices.

She has been included in an initial scoping meeting, which is being held by webinar. She’s joined by one of her direct reports, Jason, who is new to her team. The webinar is being headed by Tanaka-San, one of the most senior Japanese Programme Directors.

3. The Webinar Heats Up

The webinar goes well until issues arise when discussing the firm's supply chain. These difficulties are impacting the scoping of important milestones. The topic becomes heated, and the meeting starts to extend beyond its agreed end time.

Since the meeting has already overrun, Jason is keen to jump off the webinar. When Tanaka-San suggests a quick revisit of events before wrapping up, Jason responds by saying, "If you must, then go for it, but my wine is chilling and the TV’s calling".

Jason says it in a way that would have been considered 'banter' (a joke) in the UK and uses facial expressions to further lighten what he says. From a personal perspective, he isn’t intending to offend. In fact, he’s making a misplaced attempt to lighten the mood for a group of people that have endured a challenging webinar session. 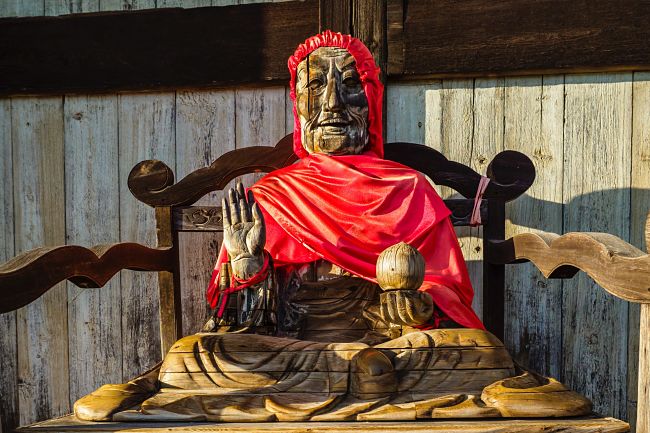 Japanese culture is heavily influenced by Buddhism and Shinto. To understand the Japanese mindset, you need to understand both.

Photo by Alexander Schimmeck on Unsplash

As soon as the words leave Jason's mouth, Tanaka-San exits the webinar. Tabatha is irritated with Jason and embarrassed that he has behaved in this way. She has a great deal of awareness of Japanese business culture and knows that this attempt at humour will not have translated well. However, a few of his colleagues defend him, saying that it was obviously a joke.

Tabatha exits the webinar and contacts Tanaka-San immediately. Tanaka-San explains that he exited the meeting as he did, as he would otherwise have lost face by reprimanding Jason in front of others. He also felt that Jason had undermined him and that he had shown little respect. He too had found the meeting a challenge and Jason’s perceived lack of professionalism and poor attitude had been incredibly unhelpful.

When Tabatha meets with Jason the next day, it’s obvious that he’s learned a hard lesson in the need for sensitivity when working across cultures. He now appreciates that British humour, such as banter and sarcasm don't translate everywhere. Although Tanaka-San is considered to have a good sense of humour in the company and indeed, known to be quite sarcastic at times, Jason transgressed a number of important Japanese cultural values during the webinar.

Cultural values are one of the most important factors shaping the way we see and interpret the world.

Key cultural values in Japan include

Essentially, Jason transgressed all three values with his behaviour.

Let’s look at how.

Japanese culture tends to place great value on hierarchy as a means to ensure order and stability. When Jason challenged Tanaka San’s attempt to summarise the meeting, his behaviour was perceived as being dismissive of the hierarchy which wasn’t a good move on his part.

Another important value in Japanese culture relates to face. 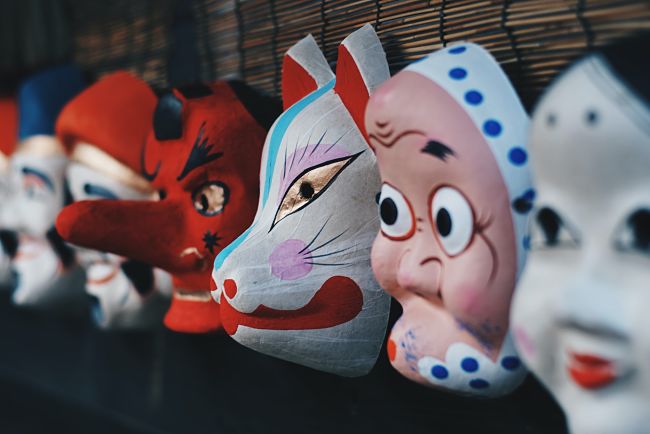 Face is one of the many areas you need to learn about if you are new to Japanese culture. If you want a general overview of the society and culture, including some etiquette tips, then visit our Japan Country Guide.

Photo by Finan Akbar on Unsplash

Reputation and standing are emphasised in Japanese culture and people make great efforts to protect both their own face and that of others.

Jason risked causing Tanaka-San to lose face during the meeting by challenging him in front of his subordinates and potentially impacted his credibility in front of others.

Since harmony is another important cultural value, Tanaka-San was concerned that he might lose face by becoming angry with Jason in public.

Jason learned a hard lesson but now appreciates the need to be sensitive to cultural differences and to consider cultural values when working with Japanese and other international colleagues.

Why is learning about Japanese business culture important?

Well, what are the risks of not understanding the cultures you work with?

What could go wrong if you don’t learn about Japanese business culture and practices?

On the other hand, by learning about Japanese business culture and practices you will be able to…

How can you learn more about Japanese Business Culture?

If you’re serious about learning more, then take our eLearning course on Japanese business culture and practices.

Watch a preview below and remember the free sample at the end!

How much is our Japan Cultural Awareness eLearning Course?

For only $40 you can access our online course which covers everything from the Japanese communication style to doing business with the Japanese to taboos and etiquette.

Need a team or organizational license? No problem, simply contact us.

What to read more about Japanese business culture?