10 Deadly Stereotypes about Iran We Hear in Cross Cultural Training Training business professionals prior to visiting Iran gives us an excellent insight into the misconceptions, stereotypes, fears and worries many foreigners hold.

Deadly not because they can cause death; deadly in that they are based on ignorance and falsehood and lead only to misunderstanding.

Iran regularly features in global news; bandied around by governments arguing the potential benefits or drawbacks of doing business with Iran.

Although Iranophobic comments were somewhat curtailed with the lifting of sanctions in 2016, this was reversed by the Iranophobic rhetoric of Donald Trump who went so far as to label Iran the world’s ‘Number One Terrorist State’.

However, efforts to bridge understanding and dispel common cultural misconceptions of Iran continue and it’s in this vein that we present you with some of the most common false Iranian stereotypes that we come across in our Iranian cross cultural training sessions.

10 Stereotypes of Iranians it's Time to Kill 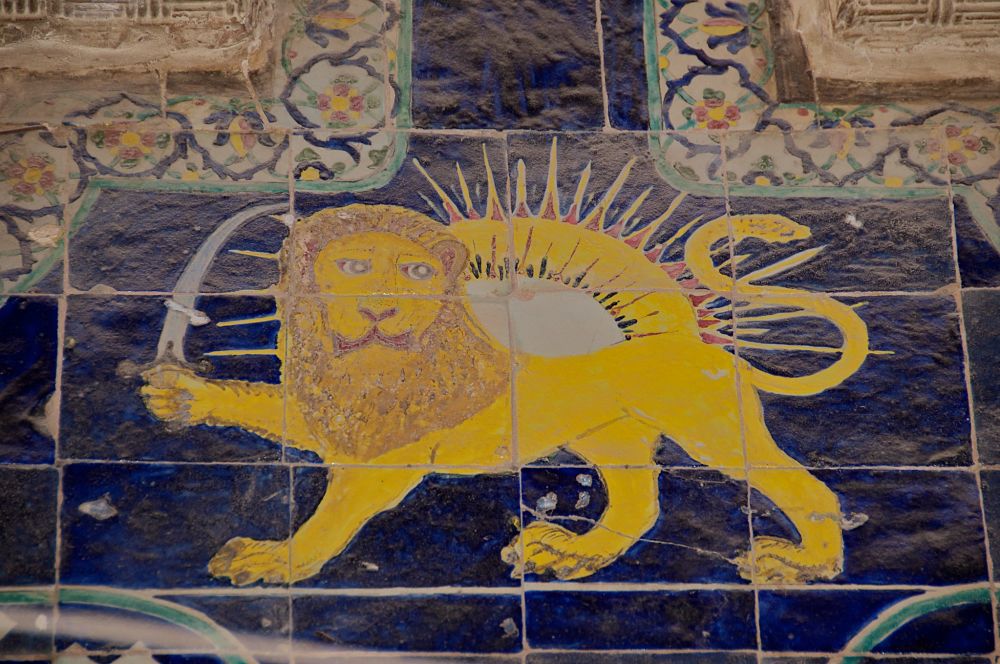 The Lion and Sun (Shir-o-khorshid) is one of the better-known emblems of Iran, rooted in its long history.

No, they speak Persian or Farsi as it is usually referred to.  This is an Indo-European language that is more closely related to English than the Scandinavian languages. However, there is a small population of Arabs that live in Iran who do speak Arabic as their mother tongue. Similarly you also have speakers of Kurdish, Baluchi and other regional languages. 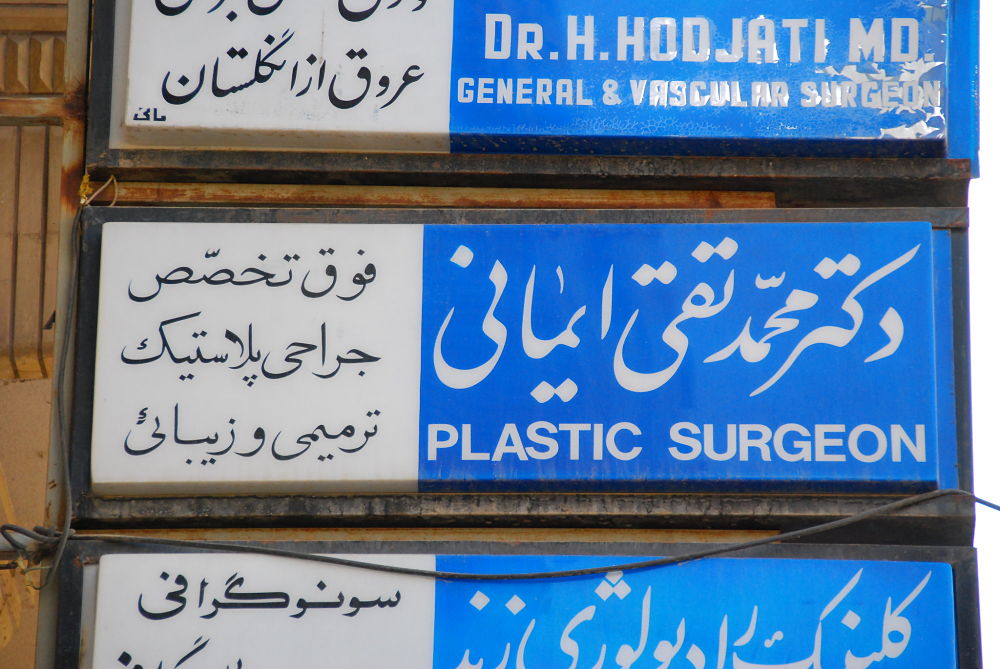 Many Iranians can speak some basic English. It's normal to see signs in Farsi, English and also Arabic.

Photo taken in Shiraz by Paul Keller (Flickr CC BY 2.0)

3/ Iran is an aggressive country

In the modern history timeline, Iran has not initiated war and has instead only defended itself (i.e. the Iran / Iraq war which was initiated by Iraq). The Iranian leadership cites the defensive principle of ‘no first strike’ and it has the lowest per capita military budget in the Persian Gulf. 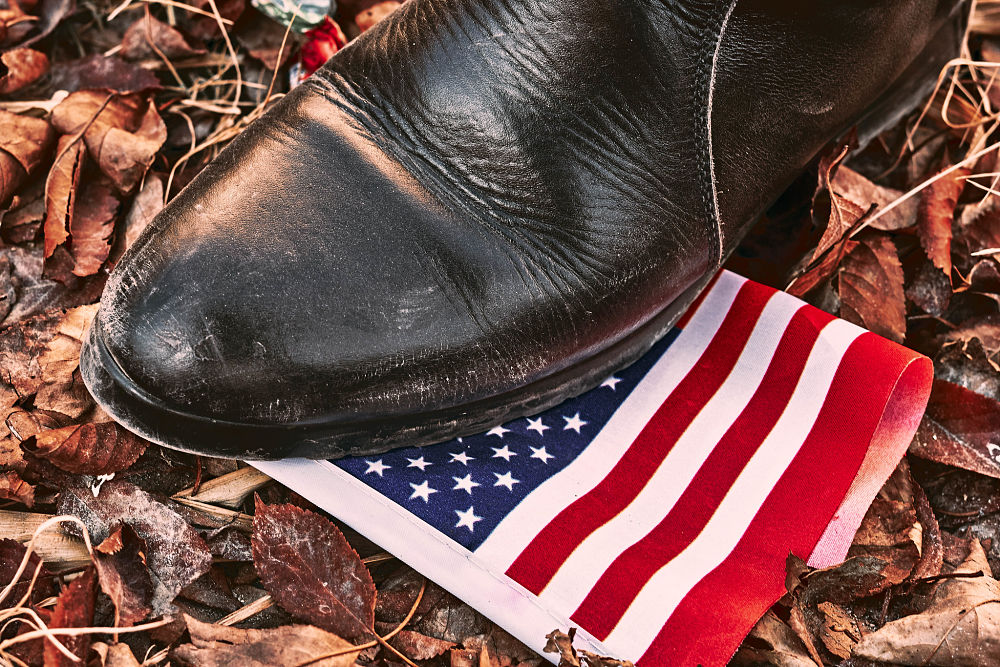 Iran's turbulent relationship with the USA has long contributed to it's depiction as being aggressive.

Although the conception of the Iranian government as religious ‘extremists’ is open to debate, very few can argue that the Iranian people themselves are religious extremists.  The diversity of Iranian Muslims presents a landscape in which there are very practising Muslims, whilst others don’t practice at all. Personal experience of being in Iran is that religious symbolism is very much the norm, but there are a great many people who do not practice and, if they do, they don’t do so regularly or consistently. Shia worship and practice tend to focus on things such as martyrdom and sacrifice which often give the impression of extremism. This isn't the case.

Photo of Ashura procession in Iran taken by Ninara on Flickr (CC BY 2.0)

5/ Forced marriage is the norm

This is not the case.  Although marriage may be forced in some families, individuals are typically able to choose their own spouses. 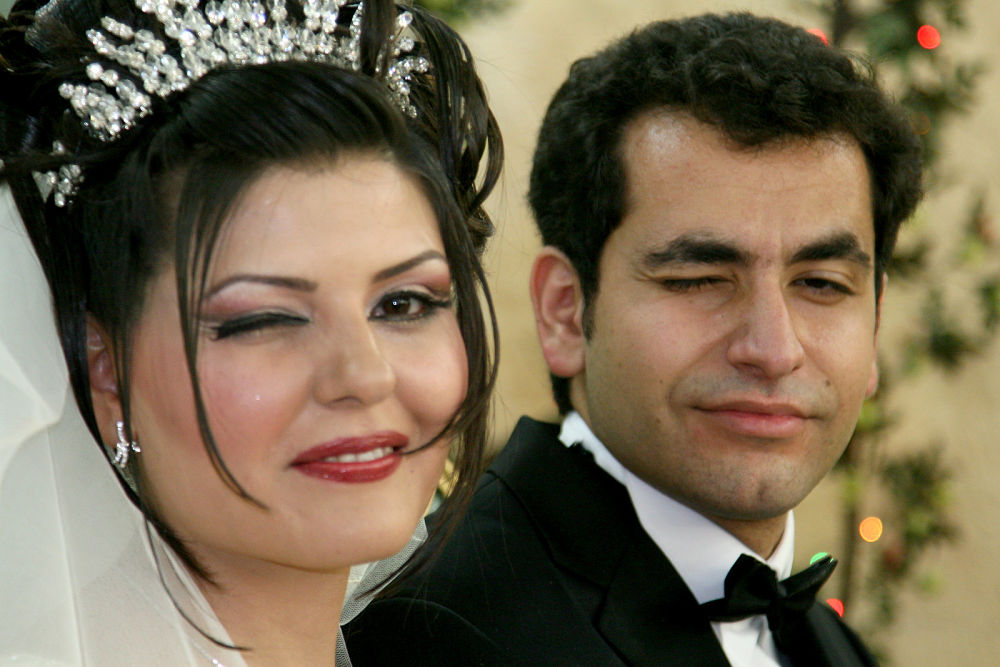 Most Iranians fall in love with the person they marry. However, they also tend to listen to their family's opinion too when it comes to choosing a spouse.

Photo of the happy couple by Beshef on Flickr (CC BY 2.0)

Females are fully integrated into Iranian life and able to drive, vote, receive a full education and work.  It is notable that the majority of college students are female which is indicative of Iran having the highest female: male education enrollment ratio amongst sovereign nations. 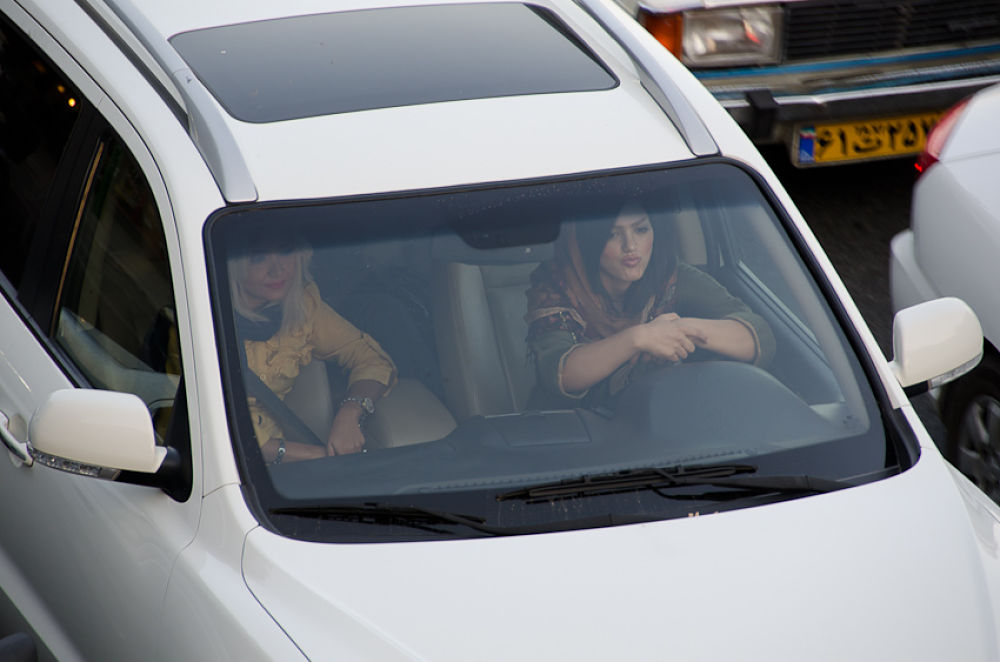 Unlike some other Muslim countries in the region, women are not hidden away in Iran. They are very much part of public life including the constant traffic!

7/ Iranians are defined by Shia Islam

Iranians have 2,500 years of pre-Islamic culture that continues to strongly influence their identity. Iranians are commonly considered to have finally embraced Islam as a cohesive whole, in the ninth century.  Prior to this, Persia, as it was then known, had already enjoyed an ancient and powerful history which started with King Cyrus the Great who successfully conquered huge areas and created a unified Persia. 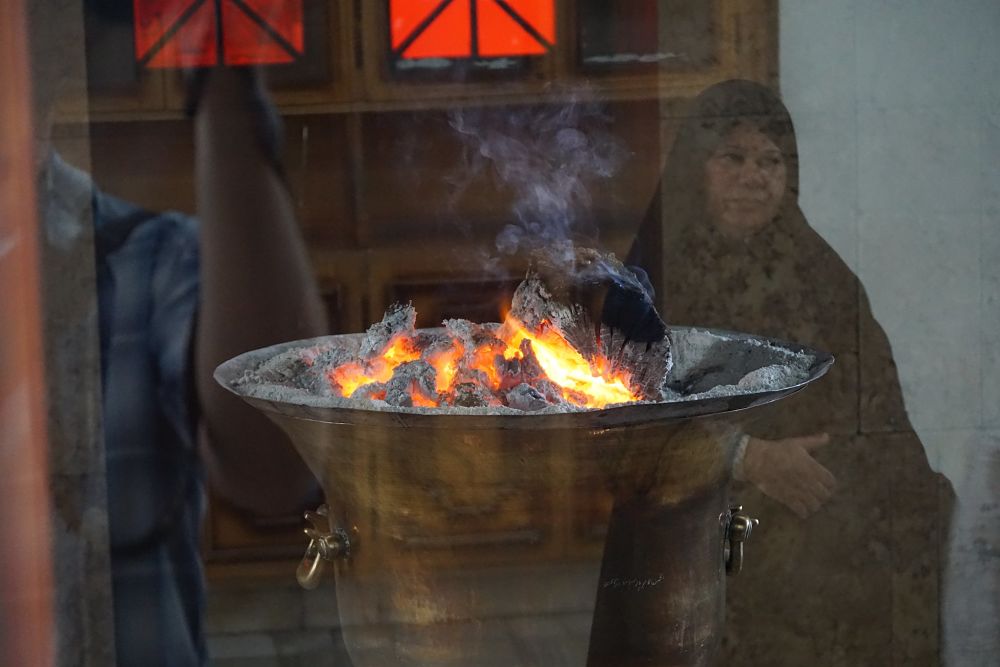 Although most Iranians are Shia Muslims, Persian pyschology is rooted in the religion of Zoroastrianism. Something that's still in the shadows in modern Iran.

8/ Public executions and floggings are the norm

It is very unlikely that anyone visiting Iran would experience public executions – particularly since they were banned in 2008.  However, since the 2008 ruling, executions have continued to be carried out in public for matters which have so enraged the general population that the ruling judge has deemed this necessary.  The punishments are usually carried out at 6:00 am and in the area in which the crime took place. Human rights groups have suggested that 5 – 10% of executions have taken place in this manner. 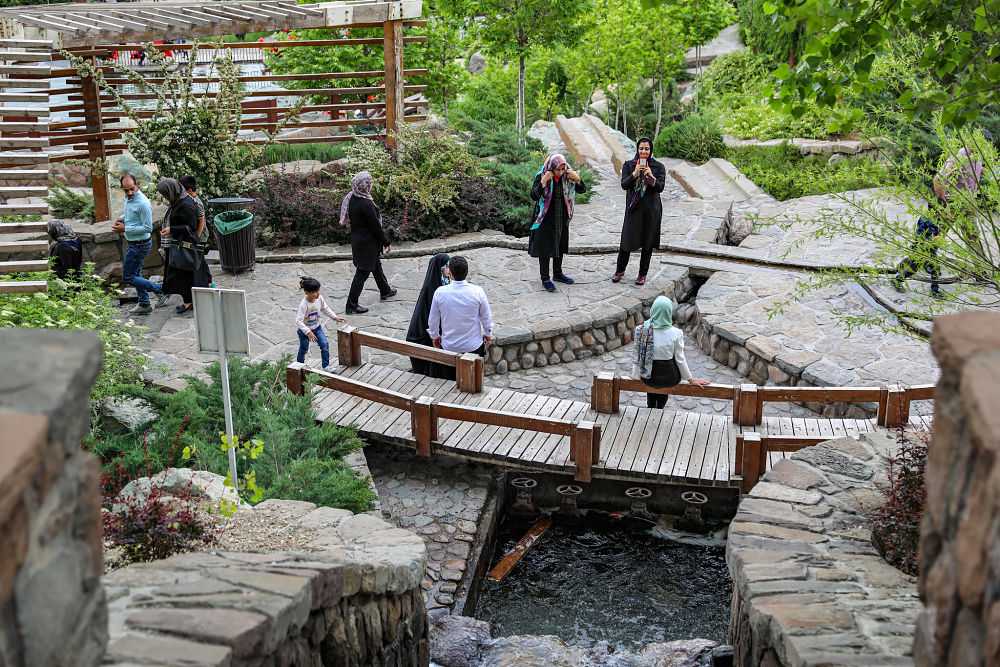 Iranians are much more interested in visiting parks than watching people getting punished.

9/ Women are dressed entirely in black

Although women may cover entirely in black, it is not the norm.  Most women wear fairly modest clothing coupled with the mandatory headscarf.  Make-up and other adornments are common. 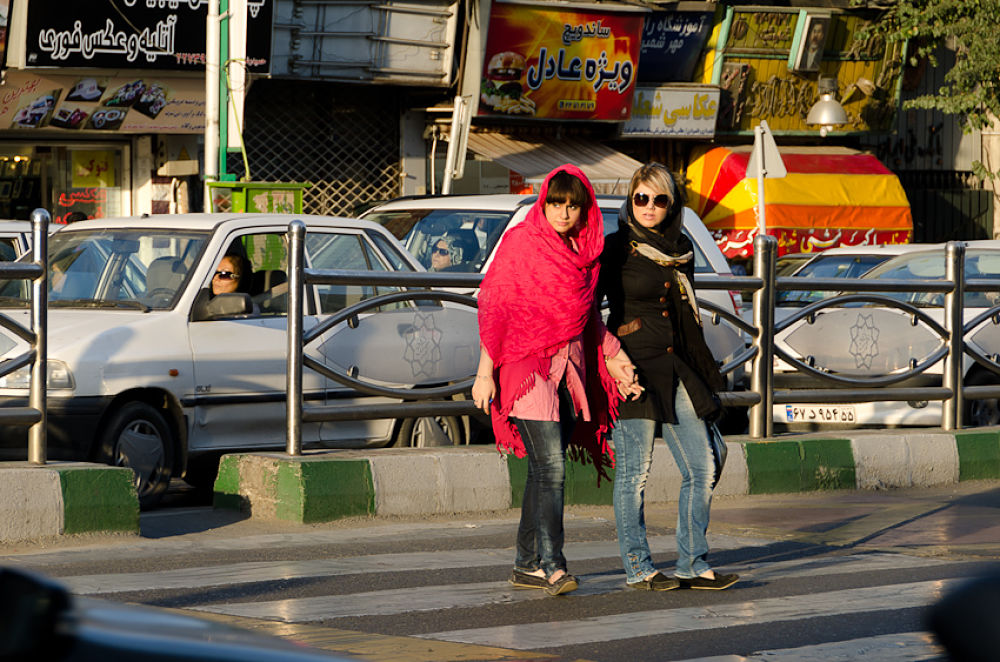 The reality on the ground in Iran is very different to what the media may show you. Many women don't wear the traditional black chador.

10/ Iranians live in the desert

No this is not the case.  Iran is geologically and climatically diverse.  Many people are unaware that Iran is home to some of the world’s most beautiful ski resorts. Yes it has some deserts, but most people don't want to live in a desert! 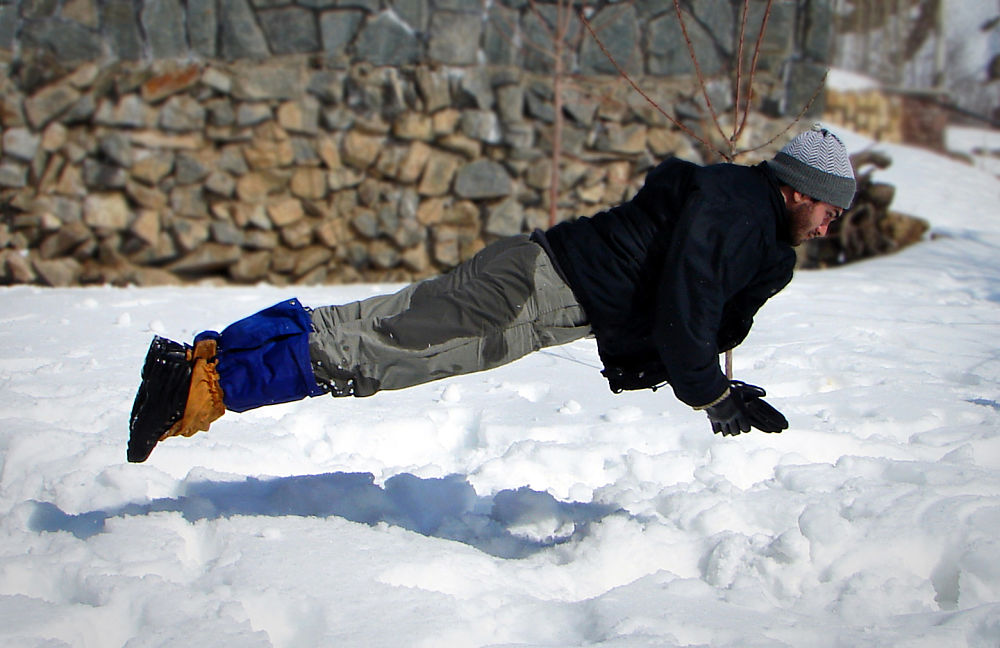 Iran has deserts, mountains, beaches and anything else you can think of.

Photo of gravity-defying Iranian by Hamed Saber on Flickr (CC BY 2.0)

Help with our mantra of increasing the peace!

If you know someone who buys into the Iranophobic mantra, then maybe share these points with them.

Although we can’t train everyone, we can certainly all do our bit to help dispel misunderstandings. 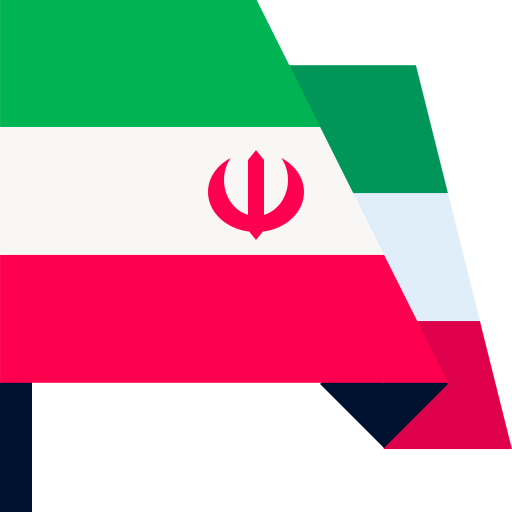 If you need to learn more about Iran for business, then have a look at our eLearning Course on Working in Iran.

It's full of insights into the people, the culture, business practices and etiquette.

Main photo thanks to Hapal on Flickr (CC BY-ND 2.0)