What Should Foreigners Know About UAE Business Culture? If you want to succeed in the UAE, you need to understand the culture.

Without an appreciation of how the locals do things, foreigners can get things very wrong.

Although the UAE is very modernised and developed, it is not necessarily Westernized.

Elements of it are, such as Dubai, but the rest of the UAE is very Emirati and very Arab.

To help newcomers to the country, we’ve outlined five of the most important aspects of Emirati business culture you really should know.

Want to make a GREAT impression with Emiratis?

Check out the LINK at the end to a FREE SAMPLE of our eLEARNING course on
UAE BUSINESS CULTURE!

1. The Emirati business environment is multicultural

Since its independence, the UAE has grown to become a global business hub.

In fact, foreigners now make up a significant 85% of the population! This means that native Emiratis are a minority in their own country.

In likelihood, you’ll find you are working with people from neighbouring Arab countries as well as South East Asia, Europe and Africa. As such, working effectively in the country, means you need to be able to work with many cultures, not just one.

However, despite being in the minority, Emiratis still heavily shape, influence and control the local business environment.
As such, understanding Emirati culture and expectations is essential to your business success.

It's critical to understand the influence and role of religion in Emirati society.

Click here to learn about the basics of Islam.

Photo by Juliana on Unsplash

2. Emiratis tend to prioritize the Collective

Unlike many Western cultures, which tend to be ‘individualist’, Emiratis are far more collectivist in their thinking.

This means that individuals put group needs before their own. Individuals may even sacrifice their own needs or desires if they conflict with those of their group.

If you are from a more individualist culture, then it’s important you understand the impact of the collective mentality on business. For example, decision making in the UAE may take longer than you’re used to due to the need to consult and create consensus among many stakeholders.

You’ll also find that recognition is team based rather than individual based. If one of your Emirati colleagues does a good job, then the achievement is more likely to be celebrated as a team success – as opposed to an individual success.

It’s important that you consider the collective when scoping deadlines or making similar plans. Don’t become frustrated if things take longer than you’re used to – by managing your expectations and planning accordingly, this should allow plenty of time for events to run their course.

Emirati culture tends to emphasise position, status and hierarchy as a means to creating social harmony.

You’ll probably find that Emiratis don’t shy away from public displays of status and wealth. Rather than this being seen negatively, as might the case in Western cultures, in the UAE these displays are help reinforce stability.

You may also find that Emiratis are less likely to use their initiative to get things done. This is because direction is typically given via one’s manager or senior.

Doing something without being asked to do so can be seen as rude or insubordinate – particularly if the outcome is negative.

When working in the UAE, it’s important that you show deference to those in authority. Undermining them, disagreeing or behaving in any other way that might be considered disrespectful will cast you in a bad light.

With your understanding of the collective, it’s important to recognise that this poor perception may be held by the whole group. It won’t necessarily be limited to those in authority.

Finally, if you need someone to do something for you, then be respectful if they say they are unable to do it. Although initiative is expected and rewarded in many Western cultures, this is not the case in the UAE. 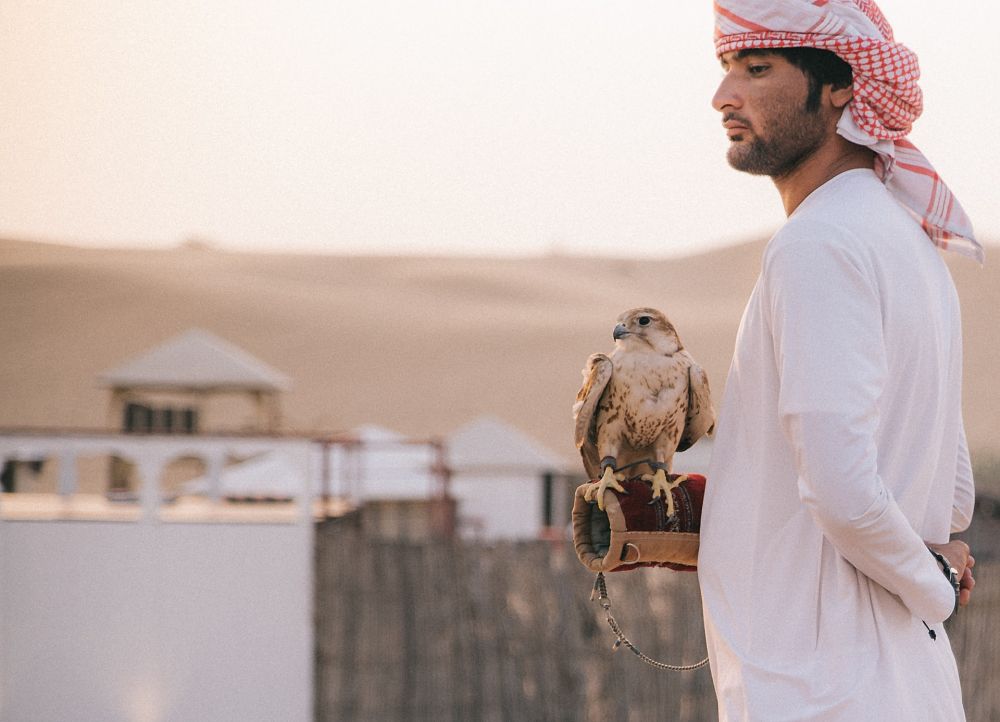 Face is a big issue in the Arab culture, especially when it comes to communication.

Photo by Rishab Lamichhane on Unsplash

4. Emirati communication is sensitive to ‘face’

‘Face’ and protecting one’s reputation or the reputation of others within the group is a common feature of collective cultures.

It’s really important that you are aware of this at all times as causing someone to ‘lose face’ can have a huge impact on the longevity or success of your role in the country.

Losing face can happen in a number of ways.

For example, being blamed for a mistake in front of others; being made fun of; being seen to not know the answer to a question or being spoken to in the wrong tone are all ways of losing face.

We have already mentioned the importance of showing due deference to those who are more senior in the hierarchy.

Failing to show due deference in front of others can essentially cause you a loss of face. It may even cause the individual in authority to feel that they have lost face.

It’s important to always be aware of how you could adversely cause someone to lose face, whether it’s by what you say, how you say it or who you may say it in front of. Always be aware that in communication, context is key in determining what can and can’t be said.

5. Emirati culture tends to be fatalistic

Tying in with their deep-rooted history with Islam, Emiratis place a lot of value on the spiritual aspects of life.

The world is seen as being in the hands of God and as a result, people tend to be very fatalistic and philosophical when it comes to dealing with challenges in life.

This in essence explains the use of the common Arabic phase “InshaAllah” which loosely translates as “if God wills it”. Rather than give any sort of verbal commitment, people might instead use “inshaAllah” as a sign that, although they may try their best to make something happen, ultimately, it’s not in their control.

When working in the UAE, it’s important to be open minded when making judgement calls on the Emirati way of thinking and respect their beliefs.

Don’t try and force them to give a ‘yes’ or a ‘no’ if they don’t feel able to and always be aware that ‘inshaAllah’ doesn’t infer commitment.

So, in answer to the question, "What should I know about the business culture in the UAE?", you know now that...

Want to maximise your business success in the UAE?

It's full of great insights and practical strategies to help you make a positive impact when working with Emiratis.

Here’s a clip of what’s inside…