A Brief Introduction to Rastafarianism Want to learn more about the religion of the Rastas?

Well, you're in the right place!

We're going to give you a quick introduction to the religion.

We''l explore it's history, beliefs and other interesting facts you'll want to learn about.

Rastafarianism is so much more than Bob Marley, reggae, Jamaica, dreadlocks and cannabis!

The religion tells the story of a people fighting wickedness in the world and trying to fight for their identity, rights and roots.

What are the Origins of Rastafarianism?

Rastafarianism is a religious movement born out of the black slums of Jamaica which harnessed the teachings of the Jamaican born black nationalist, Marcus Garvey and conditionally uses selective Old Testament Christian writings to support its teachings and practices.

Born in 1887, Garvey’s influence on the poor black slave descendants in Jamaica came to its peak in the 1920’s where his message of encouragement and calling on black people to take pride in themselves won some fanatical supporters.

Although historically Marcus Garvey was a political leader interested in making the black race economically equal with the white, in oral tradition he has become a divinely anointed prophet.

With the crowning of Ras Tafari Makonnen on November 2nd 1930 in Ethiopia, many believed Garvey’s prediction of a black king crowned in Africa who would be a redeemer and liberator of the dispossessed black race had come to fruition.

Makonnen claimed for himself the titles of “Emperor Haile Selassie I, Conquering lion of the tribe of Judah, Elect of God and King of the kings of Ethiopia.”

Ethiopia holds great significance to Rastafaris who believe in a coming judgement day when the righteous will be called home to Mount Zion (identified with Africa) to live forever in peace and harmony.

Marcus Garvey, although no admirer of Haile Selassie, as he observed that slavery still existed in Ethiopia, continued to be revered by the fanatical Rastafarians despite being a Roman Catholic by birth who never spoke out explicitly to support the growing movement.

A group of Rastas in Liberia celebrating Marcus Garvey's birthday. Photo by Jefferson Krua on Wikipedia. Click to see source.

What do Rastafarians Believe?

Without centralised organisation, any one definitive text, official buildings or a recognisable and ongoing office of leader the religion is difficult to categorise.

This results in a wide variety of beliefs and practices coming under the general umbrella of Rastafarianism that often result from individual interpretations. There are however some notable characteristics as covered below.

Distinguishing it from other groups and religions which stress conformity to the powers that be, here it is the individual which is important. Individuals follow a path to truth for themselves and reject the power of modern, oppressive white society (“Babylon”) which is seen to be rebelling against God, the “Earth’s Rightful Ruler” called “JAH”.

Rastas often claim the flag of Ethiopia as was used during Haile Selassie's reign as their own. It combines the conquering lion of Judah, symbol of the Ethiopian monarchy, with green, gold, and red. Click to see image source.

One early leader of the movement in Jamaica was Leonard Howell, who was arrested by the Jamaican government in 1933 for preaching a ‘revolutionary doctrine’.

Howell established the first commune of Rastafari and six principles of Rastafari which have changed little over the years:

1) a hatred for the white race,

2) the complete superiority of the black race,

3) revenge on the wickedness of white peoples,

4) the negation, persecution and humiliation of the government and legal bodies of Jamaica,

5) preparation to return to Africa, and

6) acknowledging Emperor Haile Salassie as the supreme being and only ruler of black people.

Even though he helped to shape the movement’s ideas, his arrest is also thought to have a large influence on the movement’s organisational structure. The prolonged police harassment that Howell was subjected to is thought to be the main reason why Rastafarians have decided to remain leaderless.

In 1954 the situation grew increasingly tense as the Jamaican government intervened and overran the now Rastafarian mini-state called the Pinnacle that Howell ruled over.

After this many followers migrated out of the original rural setting to the ghettos and slums of Kingston. Although authentic Elders advocate non-violence in their teachings, a frustrated and desperate few incited confrontation with authorities which resulted in deadly shoot-outs with British troops in the late ‘50s and early ‘60s bringing some negative worldwide attention to the movement. 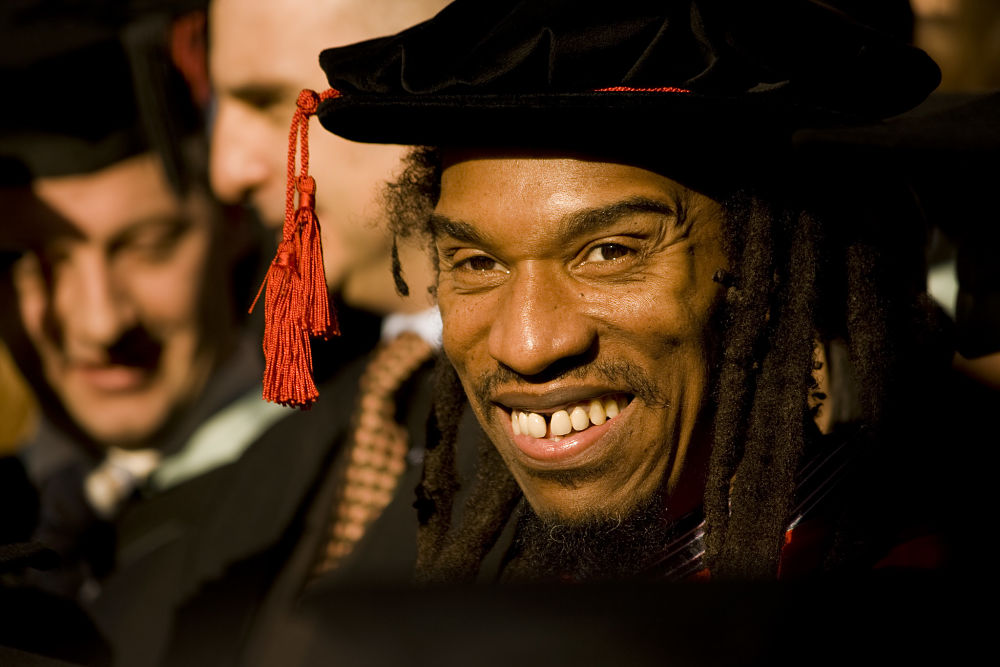 From the mid 1970s to the present has seen a phenomenal growth in the Rastafarian Movement, namely down to the worldwide exposure and acceptance of reggae music.

This is mainly attributed to Bob Marley who as a musical artist was also a prophet of Rastafarianism whose lyrics often touch on themes relevant to Rasta doctrine.

The reggae movement was initially attractive to the Caribbean black youths, many of whom saw it as an extension of their adolescent rebellion from school and parental authority. With the migration of Caribbean families to England and America, thus the music spread and became popular, along with a certain other botanical Jamaican export.

The headquarters of the Twelve Tribes of Israel group in Shashemene, Ethiopia. Photo by Bernard Gagnon (click image to see source)

Is Rastafarianism an Offshoot of Christianity?

Some followers choose to classify the religion as Ethiopian Orthodox Christianity (distinguishing it from Catholic and Protestant Christianity) or even Judaism.

In the latter case the belief is held that black people are descended from the twelve tribes of Israel, and that black Jews have lived in Ethiopia for centuries, disconnected from the rest of Judaism. This and other ideas result from interpretation of Bible translations, which are also thought to be incomplete and have been distorted by white oppressors over time. 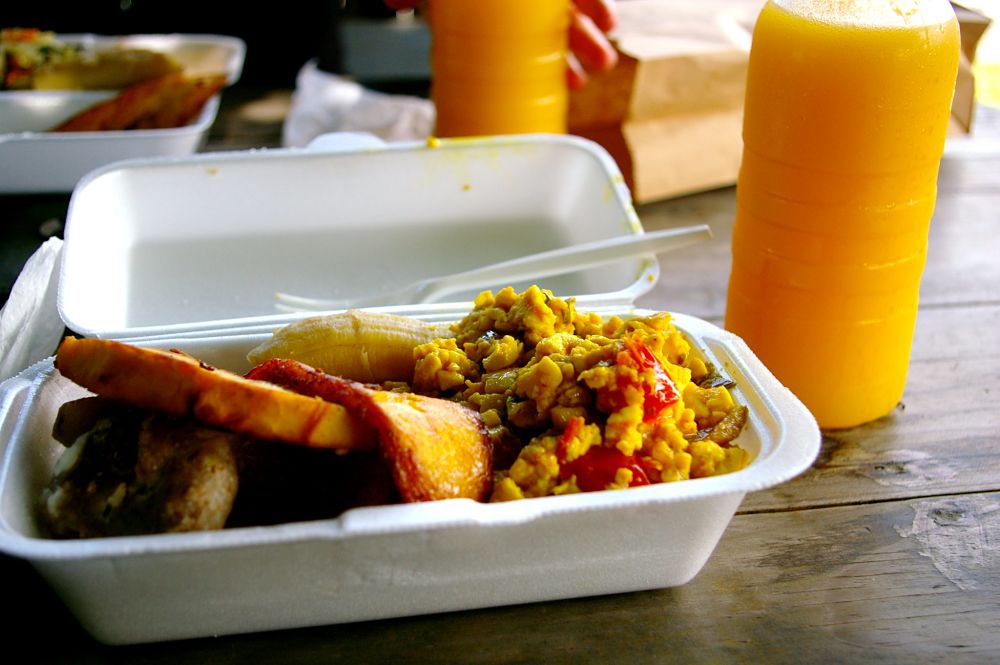 An I-tal breakfast in Jamaica. Photo by Christina Xu on Flickr (CC BY-SA 2.0)

Are there are Religious Practices for Rastafarians?

One of the more obvious symbols of the Rastafarians are the dreadlocks on a Rasta’s head. They are said to represent the Lion of Judah and are in contrast to the straight, blond look of the white man and the establishment and in response to interpretations of passages from Leviticus 2 in the Bible.

Another major symbol of Rastafarians are colours, specifically red, gold and green. These were taken from the Garvey movement and form the background of the Ethiopian flag. Red stands for the Rasta Church Triumphant but also the blood of the martyrs of Rasta. The green represents the beauty and vegetation of Ethiopia, the promised land, and the gold symbolises the wealth of the homeland that shall be regained.

The true Rasta also only eats I-tal food (think Halal for Muslims, Kosher for Jews and I-tal for Rastafarians). This is special food which never touches chemicals, is natural and not from cans. The food is cooked but served in the rawest form possible, without salts, preservatives, or condiments. Rastafarians are therefore vegetarians. Drink is anything herbal, such as tea and not unnatural such as liquor, milk, coffee and soft drinks.

Cannabis or Ganja is commonly smoked in a ritualised form and as medicine and is not officially advocated for recreational use. It is believed to aid understanding and meditation and is claimed to be the ‘holy’ or ‘green’ herb mentioned in some translations of the Bible. 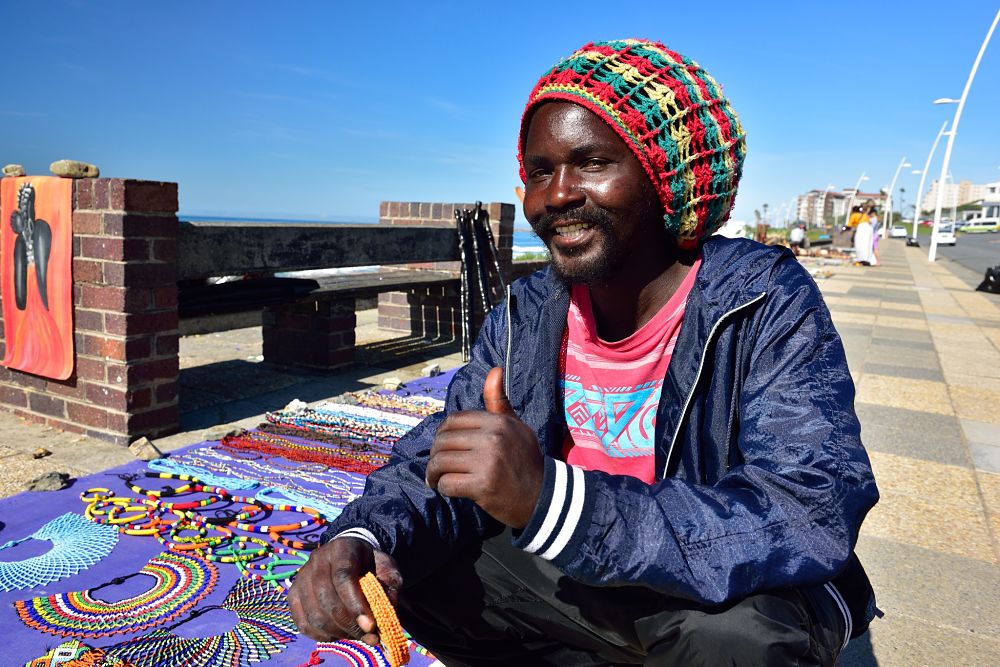 Where do Rastafarians Live in the World?

Today the worldwide following of Rastafari is believed to be in the region of 1,000,000, with official branches in many countries including England, Canada, the Caribbean islands and America.

Some sources claim that six out of ten Jamaicans are believed to be Rastafarians or Rastafarian sympathisers with more conservative estimates stating that five to ten percent of Jamaicans are Rasta.

Photo of red, gold and green colours by Steve Johnson on Unsplash