A Brief Introduction to Christianity Christianity, at the moment, is the largest world religion.

It has over 2 billion followers, who classify themselves under 34,000 different denominations.

Initially, Christianity was derived from Judaism. Why?  Because Jesus Christ was a Jew, and so were his twelve disciples.

The religion is based principally around the life, death and resurrection of Jesus Christ.  With Christians believing in a only one God, the religion is also monotheistic.

Christians believe the Bible is the word of God, and although some choose to take it more literally than others, it is generally considered to be inspired by the Holy Spirit.

What are Christian Beliefs and Principles?

Christians believe that Jesus Christ is the anointed saviour of the world and that his presence on earth was the fulfilment of the prophesies made in the Old Testament about the Messiah who was to come and save humanity from their sins. 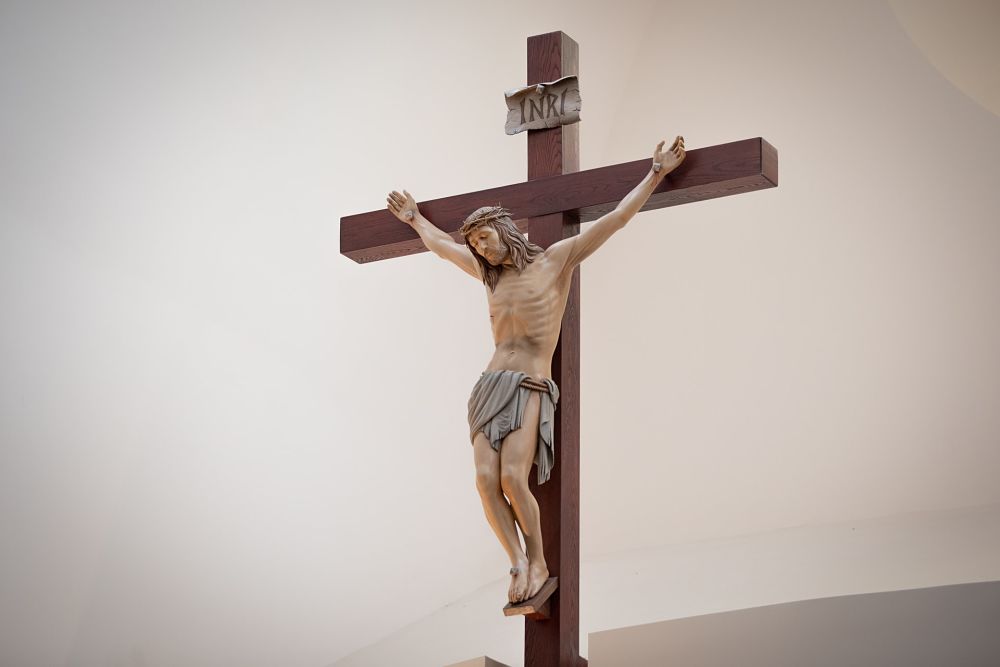 The initialism INRI reprents the Latin inscription (in John 19:19), which in English translates to "Jesus the Nazarene, King of the Jews", and John 19:20 states that this was written in three languages—Hebrew, Latin, and Greek—during the crucifixion of Jesus.Photo by Matt Marzorati on Unsplash

This was achieved for Christians, by the death and resurrection of Jesus Christ, whereby he defeated Satan and paid the price for all the sin in the world.

The consequence of this is. that anyone who accepts this belief, receives eternal life and freedom from sin. Christians hold that Jesus will return on Judgment Day to fulfill any outstanding Old Testament prophesies, judge the living and the dead and establish God’s kingdom in the new creation.

According to the Gospels, Jesus was conceived by the Holy Spirit and born to the Virgin Mary in Bethlehem. Not much is said about Jesus’ childhood, but his last years on earth were heavily documented in the Gospels.

Christians consider Jesus’ death, resurrection and ascension to be the most important doctrines in their faith. This is because Jesus shows his omnipotence over death and ultimately is the most convincing evidence for Christians that he is fully God.

The Bible itself is not debated within Christianity, only its interpretation. Many believe that it was intended only to be read as a story book, full of myths and moral messages. Others contend that the whole Bible is supposed to be read literally and then there are those who read the different types of books in the Bible differently, for example the Psalms as illustrative poems and the Gospels as facts.

Although Christianity is a monotheistic religion, Christians also believe that Jesus was God’s Son and that He, and the Holy Spirit, are both also fully God, as well as being separate entities entirely.

This is a concept many find hard to grasp, and some Christians choose not to accept, but the majority of Christians see it as an essential part of their faith. The Bible does not specifically refer to the Trinity, but it is a common doctrine and is included in the Nicene Creed which serves to outline the core beliefs of Christianity.

What is the History and Origins of Christianity?

The early church was founded by the Twelve Apostles, but this did not occur straight after Jesus’ death and ascension. A great deal of persecution followed Jesus’ ascension and many of his followers were killed and imprisoned simply because of what they believed. 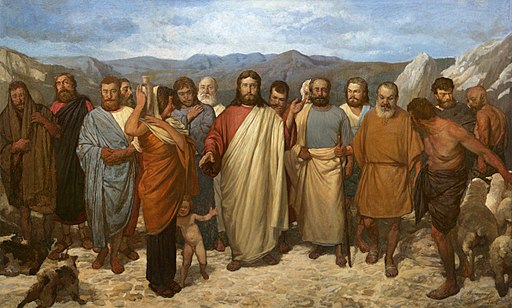 Image of Jesus with his disciples by Andrey Mironov (CC BY-SA 4.0) via Wikimedia

Christianity only became legal in the fourth century, when Constantine I formed the First Council of Nicea, which wrote the Nicene Creed. This creed is still used throughout the Church of England, the Roman Catholic Church and the Eastern Orthodox Church.

In 380, Christianity was officially made the religion of the Roman Empire. In the following years, it was declared that Jesus was both fully man and fully God, the books of the Bible were determined, and they also decided that the Nicene Creed was a permanent doctrine of the church at the Council of Rome.

After the demise of the Roman Empire, the church expanded its missionary work in the rest of the world and the faith spread widely through the Germanic, Slavic, Celtic, Viking, Finn, and Hungarian people. After about 630, Islam began to increase quickly and soon took over previously Christian countries such as Spain and most of North Africa.

Also straight after the collapse of the Romans, monasteries began to form all over Europe, which started off as simple learning centres, but soon gave rise to the first universities, such as the University of Paris, Bologna, and Oxford. Their subjects expanded from just theology to include law, medicine, and philosophy.

The Crusades are an important part of church history because of the rising Islamic population in the Holy Land and surrounding areas. The Crusades failed in their main objective and lead to extensive suppression of heresy in the following decades, mostly initiated by the Inquisition establishments.

Over about seven centuries the church gradually divided into two sections, the Western - Catholic and Eastern – Orthodox branches. There are several disagreements within the two sides, the most notable being the issue of papal primacy of jurisdiction. This refers to the Pope’s authority over the church, and how far it should extend. There have been two attempts at reuniting the churches, but ultimately their differences seem to be irreconcilable.

In the 16th Century, there was a reformation in the Catholic Church, mainly lead by Martin Luther, which ended in the Act of Supremacy being passed in England, effectively making the King the head of the Church of England. The Pope was excommunicated, and the Catholic Reformation was initiated.

In the following years, the divide between Protestantism and Catholicism became irrevocably interwoven with politics. During all this, due to the discovery of the Americas, and subsequent colonial expansion by European countries, Christianity began to spread across the world, to the Americas, sub-Sahara Africa, and East Asia.

Where do Christians Live in the World?

Christianity has claimed roughly a third of the world’s population for the last 100 years. 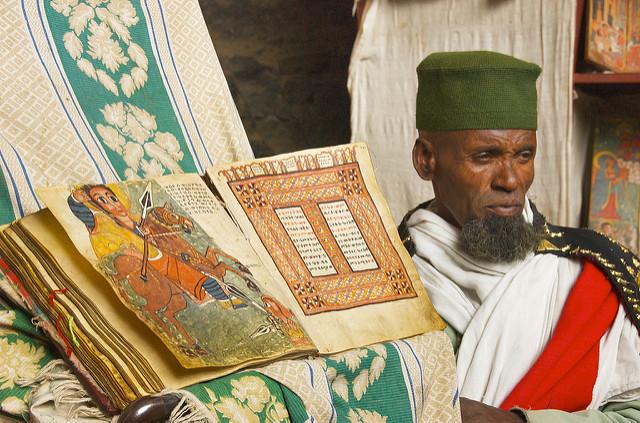 Photo taken near Lalibela (Ethiopia) of Christian cleric with showing manuscript paintings at the Monastery of Na’akuto La’abby.

The fact that Christianity is still growing all over the world is a reminder that the church is still as strong as ever today as it has ever been. While attendance to church has been decreasing in Europe in recent years, the church in other parts of the world has been increasing dramatically.

The general demography of the church is such that it may be the first time since the 7th century that there will be more Christians outside Europe than there are within it. It is predicted that in the 21st century, the majority of Christians will live in Latin America and Africa, and that by 2050, only one fifth of Christians will be non-Hispanic whites.

What are the Top 5 Most Christian Countries In the World?