What’s it Like Working in Vietnam as a Western Expat? Since the introduction of its outward-looking economic ‘Doi Moi’ policies in 1986, Vietnam has evolved into one of Asia’s strongest exporting countries.

This expansion has generated a myriad of opportunities for expats relocating to Vietnam, which are likely to continue to increase in the long term due to trade wars and increased production costs in China.

In this blog, we're going to try and give newcomers to Vietnam some insights into the country and culture, specifically for Western expats who might be relocating to the country.

It’s fair to say that Vietnamese culture, food and lifestyle differ greatly to countries in the West. However, many expats feel that these differences are part of Vietnam’s charm.

The weather, for example, is clearly much warmer, which comes as some relief to those from colder Western climates. Although the nature of Vietnamese food might take some getting used to for some, it tends to be kind to the Western palate, without being too strong or overly flavoured.

In a cultural sense, the Vietnamese place a great deal of emphasis on the importance of others which makes them fairly group focused. For expats relocating with family members, this collective focus tends to be part of the attraction of Vietnam as people tend to be very welcoming of children and will happily accommodate family groups in a social setting.

When it comes to the business setting, the Vietnamese place great value on ‘harmony’ which lends itself towards a more tolerant and relaxed environment. Vietnamese workers tend to be welcoming and calm and rarely react with anger. As such, the heated discussions that might take place in Western companies are far less common in Vietnam. Difficult discussions are managed calmly and with a view to maintaining good relationships and harmony.

The concept of ‘Face’ is another important part of Vietnam’s culture. Face refers to the attempt to protect the reputation of oneself and others. This means that the Vietnamese tend to treat others with considerable respect. Speaking over people, publicly challenging, reprimanding or criticising one another is a rare event in Vietnamese business culture as, to behave in such a way, would result in a loss of face to all parties. 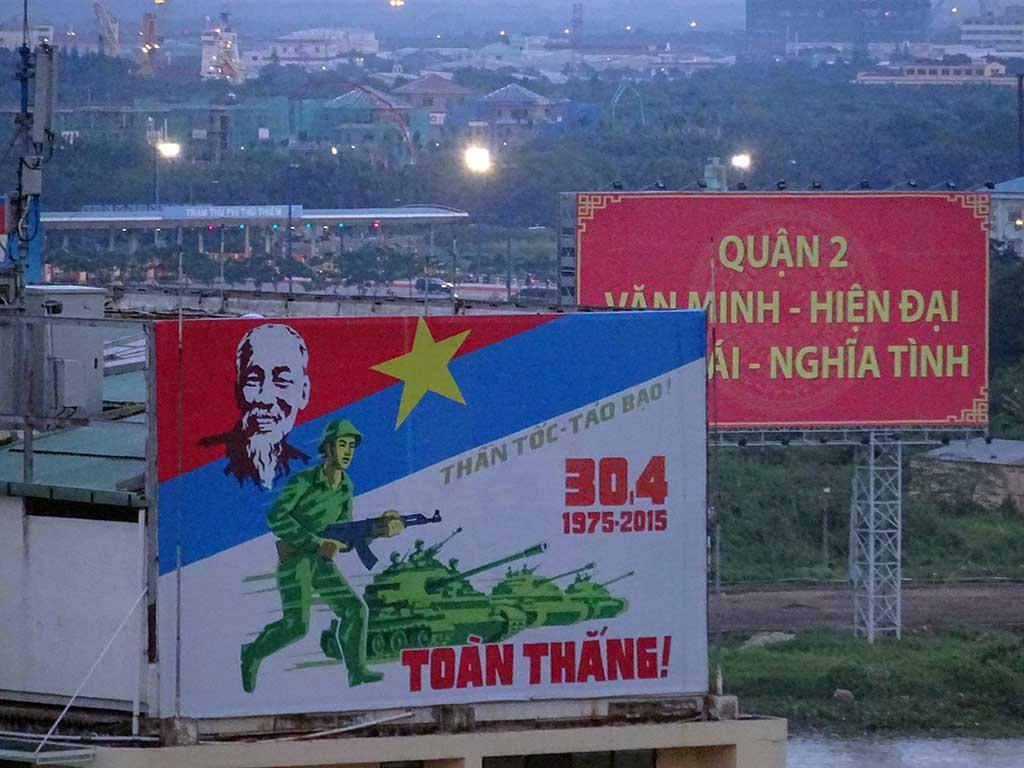 Sign commemorating 75 years of Communism in Vietnam. On April 30th, 1975, after fighting America for the ten years prior, North and South Vietnam were reunited into one.

So, although there are many attractive features for relocating expats, Vietnam is not without its challenges.

The dominant challenge, most complained about by foreigners, involves the simple process of getting around. The roads are a nightmare to cross due to the apparent lack of road and crossing regulations. Foreigners often have to literally walk out into a sea of oncoming motorbikes to cross the road, which can be daunting, to say the least – particularly if children are in tow.

Driven by trafficking, corruption and robbery, the crime rate in Vietnam is also fairly high in certain parts of the country. Although many of these issues don’t typically affect inbound Western expats, they can certainly be a concern for those moving to the country.

Due to its communist roots, the workplace can also be incredibly bureaucratic which can be frustrating to expats who have traditionally been unfettered by such overt bureaucratic processes.

The ‘face’ culture can also make it difficult to discuss issues and problems due to a fear of causing offence. Learning to navigate these cultural differences and to do things differently, therefore, can be a challenge. 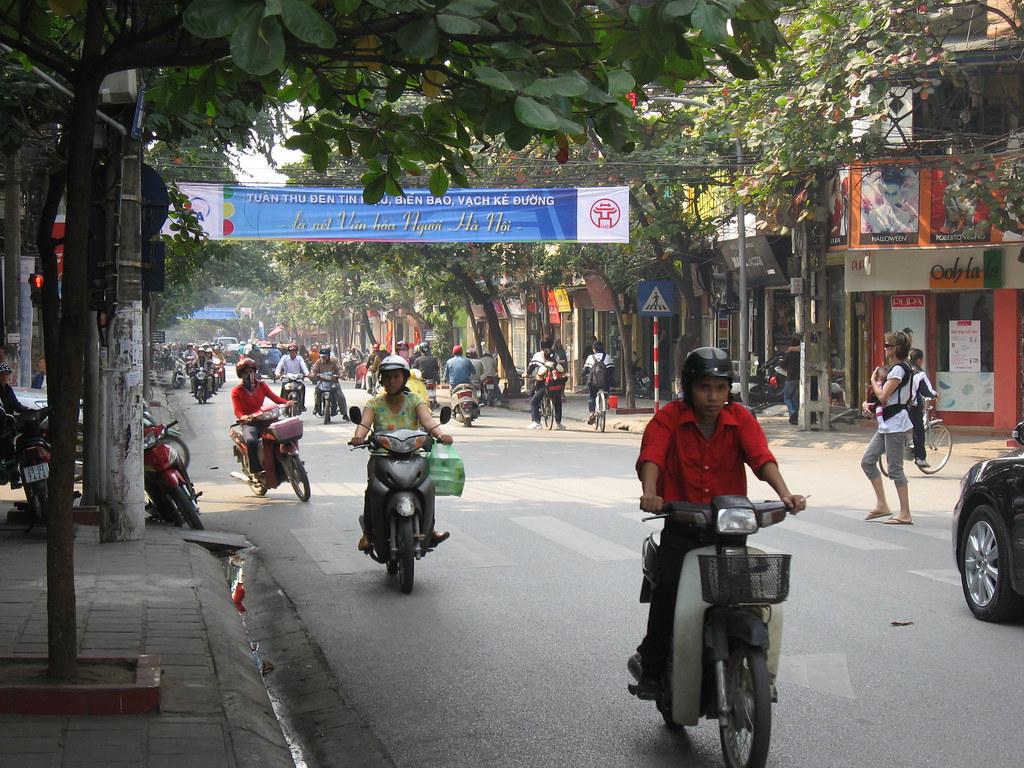 [Crossing the road in Vietnam can seem like a dice with death for some foreigners! The cars and mopeds stop for noone!]

All in all, the experiences we hear of people moving to Vietnam for work is that the country is beautiful, the people are warm and that the workplace can make a positive change from the more competitive and individual driven workplaces of the West.

Preparing effectively for an expatriate assignment in Vietnam is essential as it helps the person relocating to make a positive reputation upon arrival and to build productive relationships from the outset.

It also helps minimise the occurrence of assignment failure and ‘culture shock’.

Wherever you are in the world, we can provide you with relocation training via live training webinars or ‘off the shelf’ online programmes that help you get to grips with Vietnamese culture.