Every country has its quirks, right?

Well, the Land of Hope and Freedom is no different.

There are plenty of aspects of US culture that seem bizarre to the outsider.

We explored some of these, such as drive-throughs, flag waving and pumpkins, in our previous article on American quirks.

All of them offer fascinating insights into the American mindset and the culture.

In this blog we’re going to look at 5 examples of what many of us outsiders find particularly weird about the US of A!

Don't miss the link at end to the free guide on American culture!

5 Examples of Things Foreigners Find Weird About the USA!

If you didn't know, a purity ball is like a dance attended by conservative Christians.

The event is attended by fathers with their teenage daughters at which they make a ‘virginity pledge’ to one another.

Daughters make the pledge to remain sexually abstinent until marriage and fathers make a pledge to protect their young daughters' purity.

Most people around the world get the whole American flavour of patriotism, but they also find aspects of it strange.

Seeing school children every morning having to recite those famous words, "I pledge allegiance to the Flag of the United States of America, and to the Republic for which it stands, one Nation under God, indivisible, with liberty and justice for all," can seem very weird to those in countries where there really is very little relationship between the people and the state.

Legal challenges come up from time to time, especially from humanists or religious freedom groups trying to eliminate the phrase "under God" from the pledge. Did you know that phrase wasn't added until 1954 when members of Congress reportedly wanted to emphasize differences between the US and the atheistic Soviet Union?

It seems utterly weird that the country who put a man on the moon can put its faith in an animal to forecast the future.

If you don’t know, every year they pull a poor little animal out of a hole and he tells them when spring is going to arrive.

Apparently he has only been correct 39% of the time. What happened to science America?

At least it gave us a good movie to watch!

Sorry America, but we will never get our heads around your gun laws. We find them bizarre.

This is a nation in which (in some places) it’s legal to carry a concealed gun in bars and where students can accidentally be shot by their teacher at school.

Perhaps the weirdest thing we find about you America, is the whole date writing thingy.

Stop being so weird and join the rest of the world and write it properly so we stop getting so confused all the time! 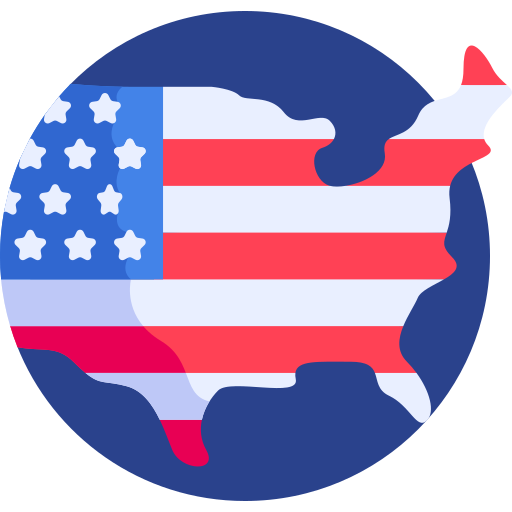 If you would like to explore more about the USA then we have a free guide to the culture, customs and etiquette available here.